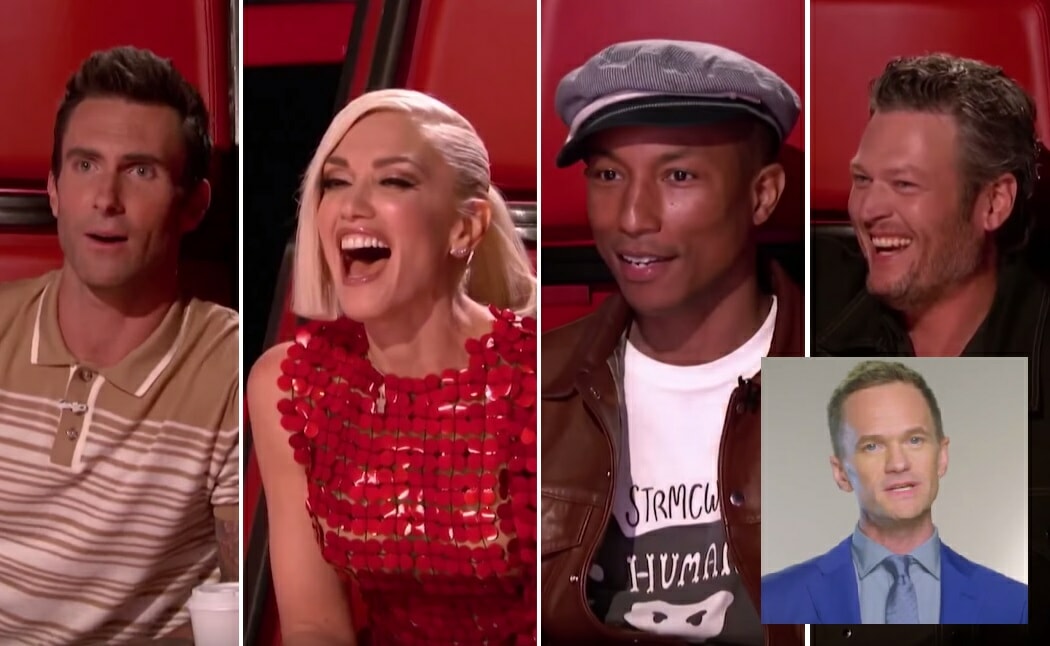 Famous TV show ‘The Voice’ is known for their blind auditions; taking looks out of the picture and allowing judges to focus on their, well, voices. 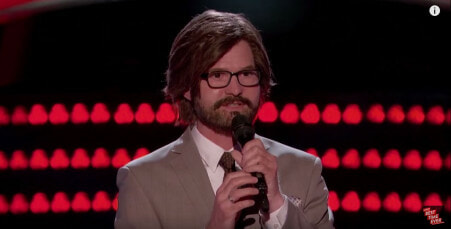 Acting as the host for ‘The Voice: Austria’, the former ‘How I Met Your Mother’ actor became Jurgen Vollmer. With his weird personality on, he successfully made it super awkward for the coaches during their fake interview.

He took it further by joining the blind auditions, singing a hilarious take on “And I Am Telling You.” 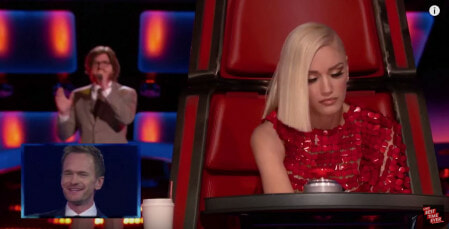 The judges were surprised and confused to see Jurgen standing on the stage since he was supposedly the host. That’s when Neil unveils his master prank.

All four of the coaches’ expressions were priceless!