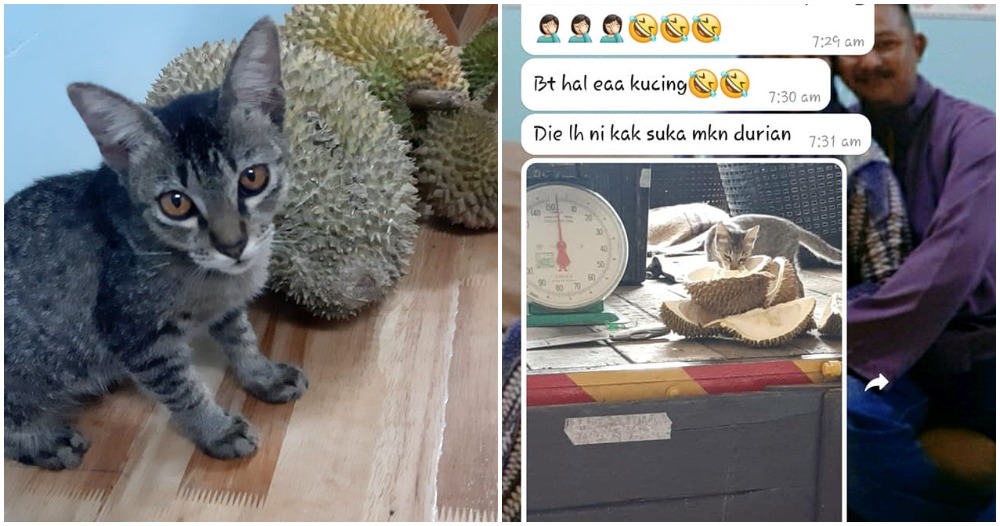 With the implementation of the Movement Control Order, Malaysians are aware that interstate and interdistrict travel is not allowed but unfortunately, there are some people who think the law is above them and this time, we’re NOT talking about politicians! This little cat decided to irresponsibly cross-district borders all for a very selfish reason: Durians.

Rohayu Hamid took to the Facebook group Kucing Sepahkan Apa Hari Ini (What did your cat mess up today?) and complained about her catto who sneaked into their neighbour’s lorry who happens to be a durian salesman. The catto travelled from Pekan to Raub before their neighbour noticed it in the lorry. 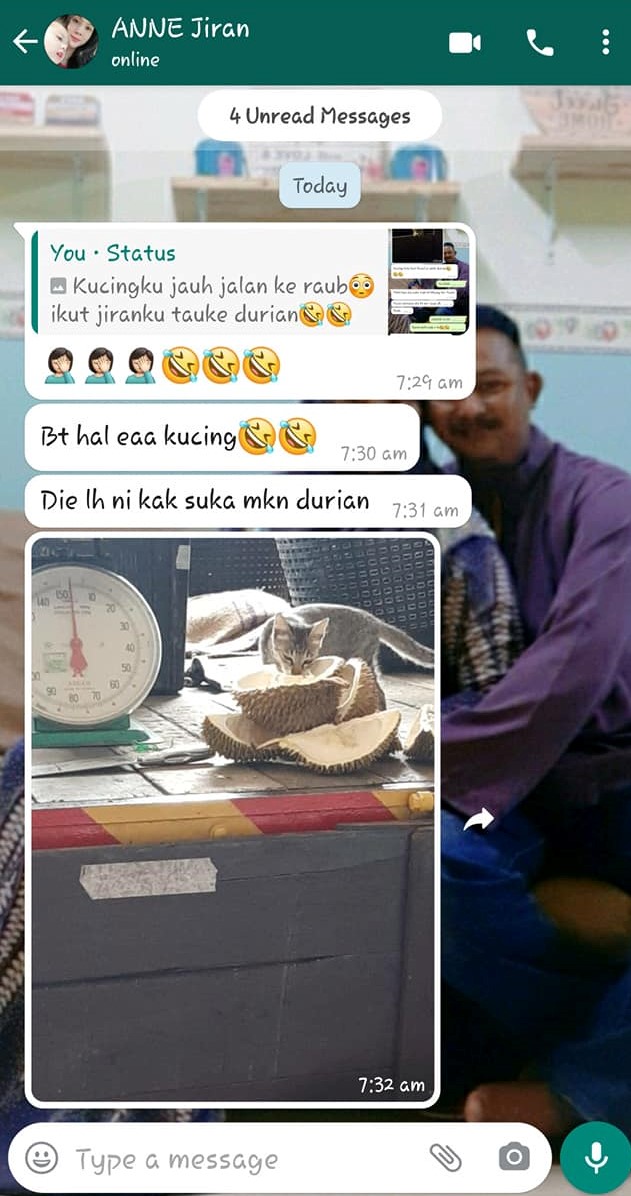 “Our cat followed Faizul to Raub to get some durians. She usually sleeps behind there and by the time he noticed, they were already at Seri Jaya.”

The naughty catto not only sneaked into the lorry but also took the liberty to sample some durians while there. Thankfully, the catto managed to reach home on the same night itself and Rohayo noted that her body smelt strongly of durian after a whole day at the back of the lorry.

After the catto’s memorable trip behind the lorry, Rohayu told WORLD OF BUZZ that her catto is now officially named “Raub”. After getting a scolding, Raub has decided to be on his best behaviour and as a reward, Rohayu decided to feed him some of his favourite durian.

How has your cat driven you crazy before? Let us know in the comments section!

Also read: “We know that you will love her” M’sian Receives Heartwarming Note After Adopting Catto 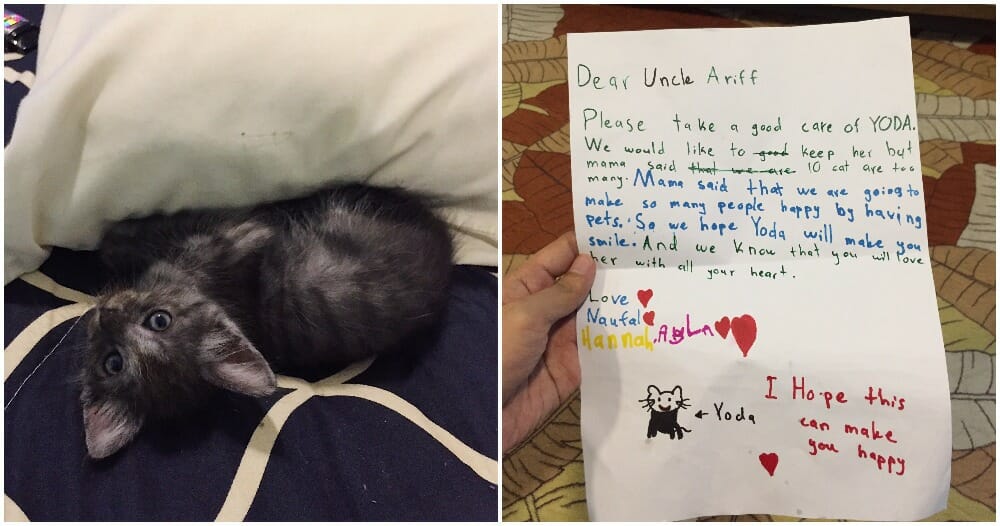