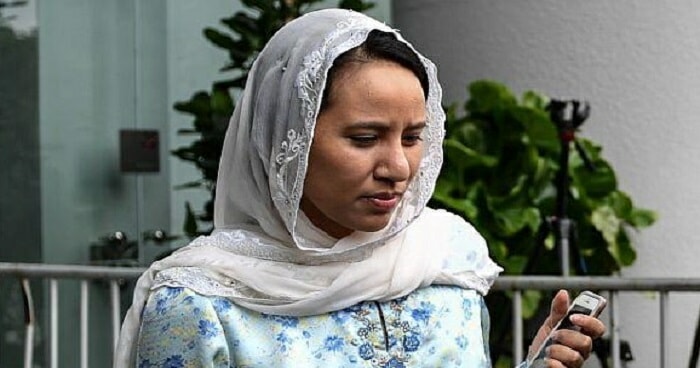 With news of former prime minister Najib Tun Razak getting detained by the Malaysian Anti-Corruption Commission (MACC) yesterday (19th September), his children have since spoken out about his arrest.

Najib’s son, Ashman Najib, took to Instagram in an emotional post dedicated to his father, hoping that he would be released soon.

As I sit here outside your place of detainment, I am filled with trepidation. I can't imagine the kind of tribulation that you are facing in there. Praying that you are given a fair treatment and for Malaysia's rule of law to be upheld. Can't wait to bring you to your favorite yong tau foo place when you are released daddy 🙏🙏 #pray4dsnr #ruleoflaw #najibrazak #amin

Meanwhile, the former prime minister’s daughter, Nooryana Najwa Najib, is concerned over the fact that her father’s court proceeding was scheduled for 3pm in the evening later today (20th September), as it could mean that he might spend another night in detention. She told Malaysiakini,

“They are fixing the hearing for 3pm. When bail is granted, the court registry and banks will be closed. So we will not be able to post bail. This is very obvious. Therefore, he might have to spend an extra night in detention until bail is posted.”

Nooryana, who is also currently studying at Harvard, also took to Instagram to share how she first found out about her father’s arrest. In her post, she said her brother was the one who broke the news to her.

“It pains me that I am on the other side of the world and not here with you… but you always insisted that giving up Harvard was out of the question, no matter how difficult the circumstances.”

Daddy, before I slept, I sent you this picture of me and Adam wishing you all the best for your MACC appointment at 3pm (Malaysian time). You didn’t read or reply my message and then at 5am, Ashman called to say that they have arrested and detained you, again. It pains me that I am on the other side of the world and not there with you..but you always insisted that giving up Harvard was always out of the question, no matter how difficult the circumstances. So as I sit in bed at 6am here in Boston, unable to go back back to sleep, thinking about your safety and how Mummy, Ashman and everyone else is coping back home, I came across a quote that I sent to you over the weekend (you got to read this one) and it’s already making me feel a little better… "It is not the critic who counts; not the man who points out how the strong man stumbles, or where the doer of deeds could have done them better. The credit belongs to the man who is actually in the arena, whose face is marred by dust and sweat and blood; who strives valiantly; who errs, who comes short again and again, because there is no effort without error and shortcoming; but who does actually strive to do the deeds; who knows great enthusiasms, the great devotions; who spends himself in a worthy cause; who at the best knows in the end the triumph of high achievement, and who at the worst, if he fails, at least fails while daring greatly, so that his place shall never be with those cold and timid souls who neither know victory nor defeat" Theodore Roosevelt Praying for you and the rule of law in our country, Daddy… #pray4dsnr @najib_razak

Nooryana moved to the U.S. to study at the Harvard Kennedy School of Government earlier this month.

Earlier this morning, MACC had reportedly passed Najib to the Bukit Aman Commercial Crime Investigation Department in Kuala Lumpur at around 9.20am to have his statement recorded by the police. He was detained overnight by the MACC over the RM2.6 billion in his personal account, according to the Malay Mail.

Najib is expected to arrive in the Sessions Court at Jalan Duta at 3pm this evening where he will receive additional charges under the MACC Act 2009.

Stay tuned for more updates on this case.

Also read: Najib is Arrested Again & Will Be Charged on 20 Sept After Questioning at Bukit Aman 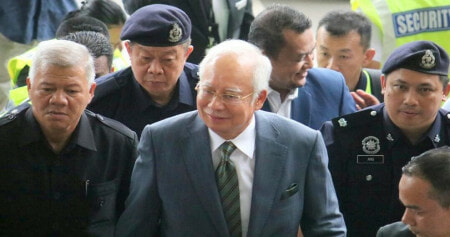