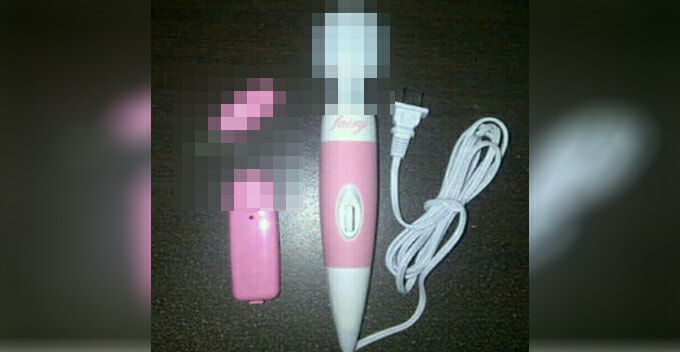 Attention to microphone manufacturers, it’s high time to improve the design of microphones.

On 26 December, an Indonesian woman received what she thought was a powerbank and microphone as presents. She took it to Facebook and praised god for receiving the gifts. 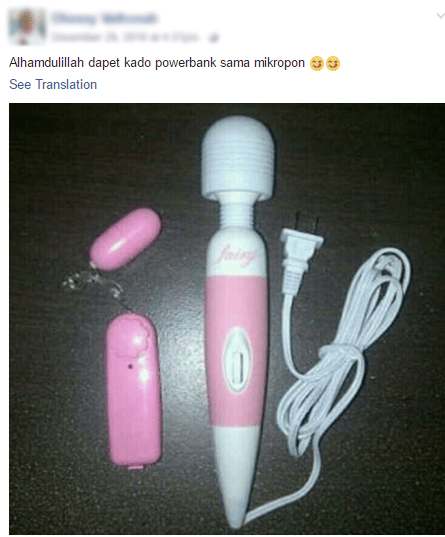 The post instantly went viral and garnered over 2,000 shares and 3,000 reactions.

Thousands of netizens began pouring in their comments. Some netizens kind enough to let her know that the items she received are actually… vibrators!

Others weren’t so nice as they played along by commenting:

“The MIC is so cute and pink”

However, not everyone bought her story. Some netizens questioned if she was really that naive? Or perhaps this was all a ploy for her instant internet-fame.

The original post wasn’t hard to find at all, honestly. And the woman had not remove the post despite the thousands of netizens telling her the real identity of the ‘powerbank’ and ‘microphone’. 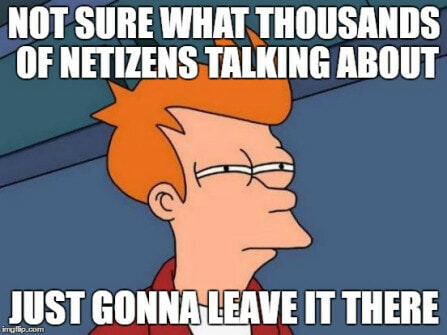 Whether it’s a publicity stunt or an honest mistake, one thing’s for sure – she must be really happy with her presents.