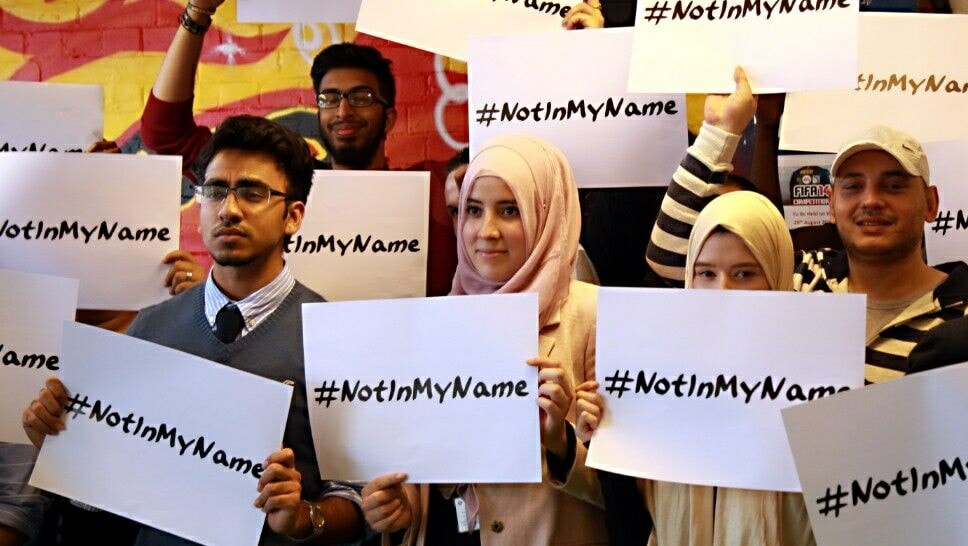 ISIS have been successfully inflicting fear on social media, with videos of their very cruel acts going viral and every news that are related to them. However, it’s easy to forget that the militant group have killed more than 100,000 Muslims in the last two years. The very people they claim to represent.

But now Muslims around the world are fighting back — using the hashtag #NotInMyName on social media such as Twitter to remind the world that ISIS does not represent their religion.

People from all over the world joined this campaign to fight against the wrong perception against Islam, letting everyone know that ISIS doesn’t equal to their loving religion.

The campaign was launched since last year. However, recent terror attacks on Paris has fueled more fear into people, and perhaps this video is what the world needs right now.

Several people involved in the video mentioned why ISIS is only their own twisted idealogy and does not represent being a real Muslim.

Watch their inspiring video below:

Islamophobia is on the rise over the years, especially since the presence of these terrorist groups. People in countries such as the US and UK who do not know of the religion are most affected. Thankfully being in Malaysia, a diverse country where Muslims are the majority, we know better that terrorist groups does not dictate the entire religion. Islamophobia will not stand here.