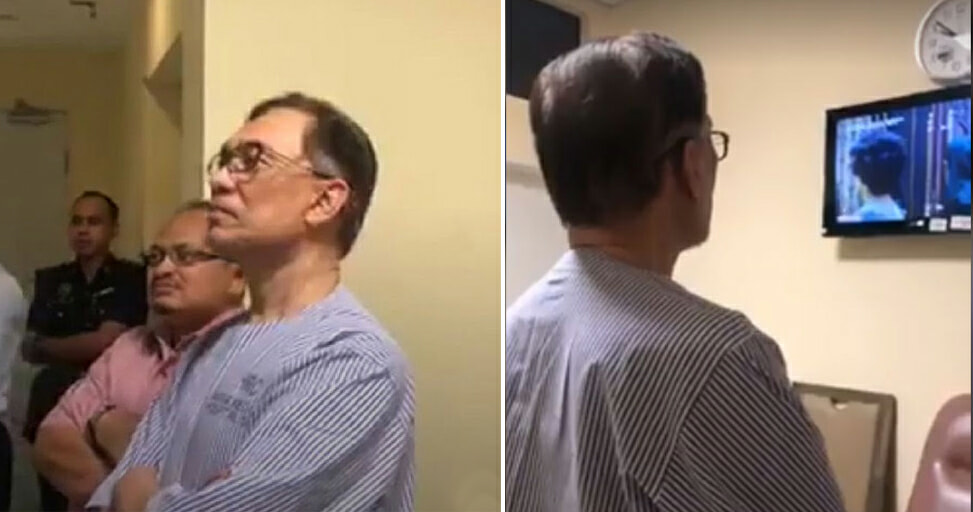 The momentous occasion of Dr Mahathir’s swearing-in was watched by millions of Malaysians, including the person who is very much involved in the current happenings, although he is not seen often.

Anwar Ibrahim, PKR de facto leader, also tuned in to the live feed of Dr Mahathir Mohamad’s swearing in as the country’s seventh prime minister yesterday night (May 10) while recovering from a surgery at the Cheras rehabilitation hospital, according to Malaysia Kini.

Dr Afif Bahardin, PKR’s Seberang Jaya assembly person, captured a few photos of him and PKR deputy president Mohamed Azmin Ali at about 10pm while in the ward.

“Thank God, the people’s victory enabled this to happen. Azmin Ali and I got to meet Anwar just now in Cheras. We pray that all processes will go on smoothly,” he added in the caption of the three photos he posted. 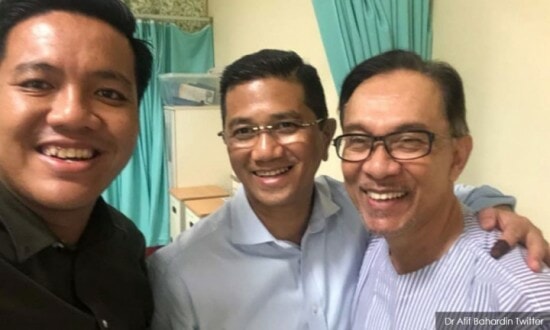 Anwar, who was sentenced to imprisonment of five years on a sodomy charge, which he defends was politically motivated, is expected to be released on June 8.

He is also set to be Malaysia’s future prime minister as Mahathir has plans to pave way for him to take the place as Harapan’s leader once he has served his time. Once Anwar is out of prison and secures a royal pardon, he will be able to contest in an election – a stepping stone to his premiership.

If he does not succeed in securing a royal pardon, Anwar will not be able to run for office for five years after the date of his release.

Malaysians have recognised this union between Dr Mahathir and Anwar as one that is suited to bring this country to new and greater heights, according to Malay Mail.

This was evident as many Pakatan Harapan supporters gathered in solidarity outside Istana Negara yesterday when Dr Mahathir was being sworn-in.

Muhd Adam Khalid, 36, a civil servant mentioned that he has faith in the two leaders to overcome their former contentions to lead Malaysia into a glorious era. 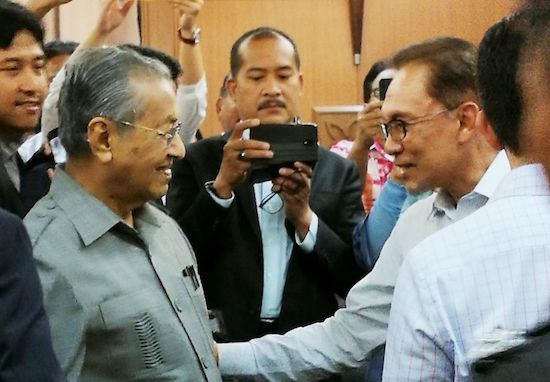 “It’s true they’ve been enemies. But it is not an obstacle for them to work together again, forming a great alliance because both of them have their own credibility to lead the country,” he said.

“Tun Mahathir obviously has a huge influence on the Malaysian political arena despite leaving the position more than 15 years ago. With his achievements, Malaysia is poised to soar to greater heights in the world and we believe it is possible.”

He also brought to attention that Anwar’s leadership was unmistakable when he held key positions such as the minister of finance in the 1990s when the country’s economic growth was looking up.

For now, Malaysians will await the day that Anwar can work with our dear PM, Dr Mahathir, to rebuild our beloved nation. 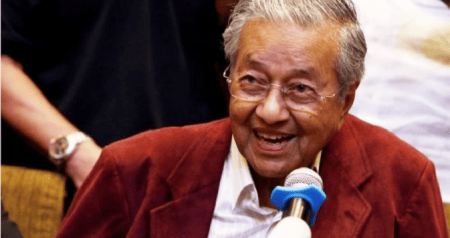