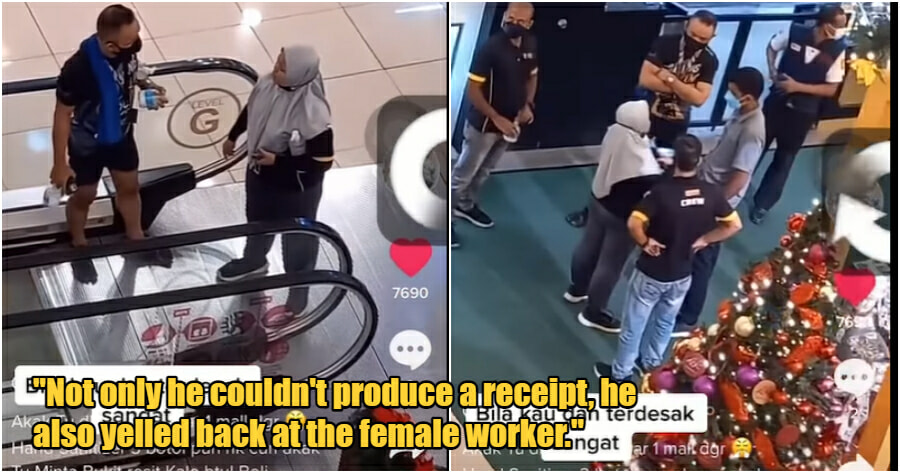 UPDATE: This case happened in December 2021 and the store has promptly resolved the matter.

The act of stealing is never right, especially when you can afford to get the items.

Ever since the pandemic hit, hand sanitisers are among the most-sought items. Recently, a video showing an argument between a female worker and a male customer has gone viral on social media. The man in the gym attire had allegedly stolen 3 bottles of hand sanitisers from a household products shop at a mall in KL. 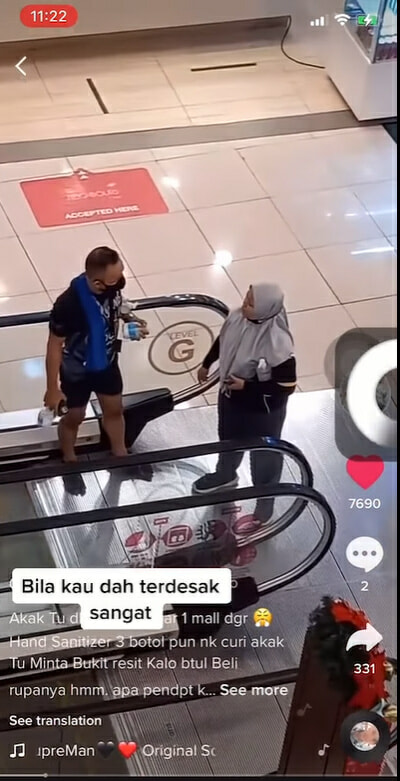 The man was asked to produce his receipt of purchase but he was unable to show any proof that he had bought those sanitisers. Not only that but he was also seen yelling back at the female worker, prompting other visitors of the mall to stand and watch from the upper levels. Both of them were brought aside so that the argument did not block the way of the people using the escalator.

Throughout the video, the man reluctantly returned the 3 bottles of sanitisers to the female worker.

At the time of writing, the 3-minute video, shared by Paradise Generation’s Facebook page gained more than 14,000 likes and 3,500 shares. Most of the netizens are with the female worker and many of them actually praised her for being loud and having the guts to confront such situations.

Her colleagues should be proud

A netizen said that her colleagues are lucky to have an employee who protects everyone else from having a pay cut.

“Good job, sis! You’ve proven that you are a good employee by avoiding a pay cut for everyone. Or else, everyone on the same shift would have had to experience a loss on their paycheck.”

“I don’t blame her. If you’re a cashier and if there is short of items, you have to pay, which is pathetic. Unless, you have a manager who is willing to cover the loss, but I doubt it.”

“Of course, it’s stressful for her. Not only short of items but the possible pay cut that will follow. The place must have experienced quite a number of theft, that’s why she’s upset.”

Regardless of the items, stealing should never be justified especially if you have the financial ability to pay for it. It may ease your life temporary, but to not think of the consequences that others have to bear is purely selfish. 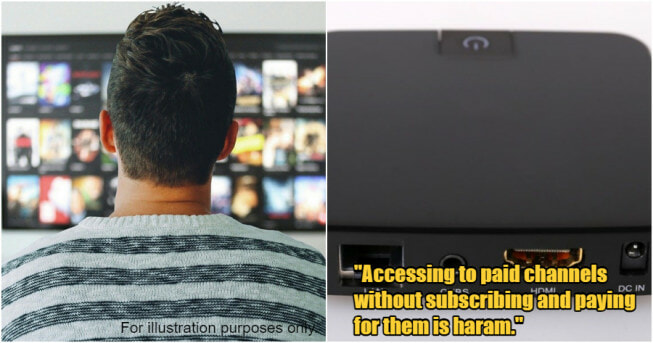