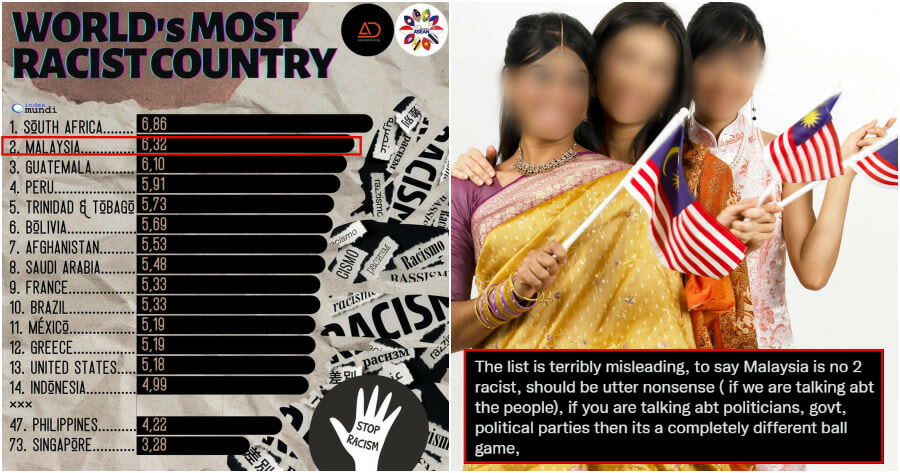 Although we undoubtedly have our share of racism and discrimination in the country, how bad do we fare against other countries?

According to a survey done by Index Mundi which is a comprehensive data portal with country-level facts and statistics, Malaysia was ranked as the second most racist country in the world.

In their ‘Racial Discrimination Survey’ where they measured how much racism exists in a given country as perceived by its residents by asking “How big of a problem is racial discrimination in the country where you live?”, Malaysia came in second only to be topped by South Africa. 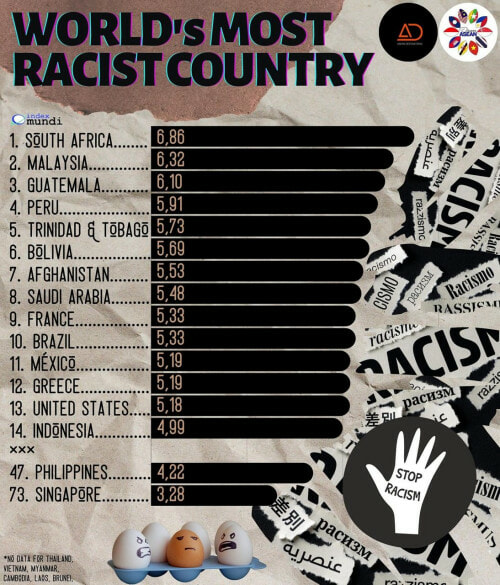 News of the poll has been circulating on social media, with plenty of Malaysians expressed their shock at the country’s ranking.

The majority of users disputed the rank and said that Malaysians are not THAT racist, whilst some on the other hand, pointed the blame towards politicians and the authorities for spreading racism.

“Racism in Malaysia stems from the politics. If you look at ordinary people, we are friends with each other no matter the differences in religion and race.”

“The list is terribly misleading, to say Malaysia is number 2 most racist, should be utter nonsense (if we are talking about the people), if you are talking about politicians, the government and political parties, then it’s a completely different ball game,” said a user.

Meanwhile, another user who also disagreed with the ranking said that, “Most Malaysians who live alongside other races are tolerant and welcoming of each other.”

“We probably have the most openly racist politicians,” they added.

What do you think of the rankings? Do you also disagree? 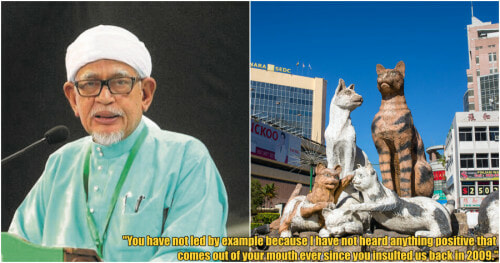