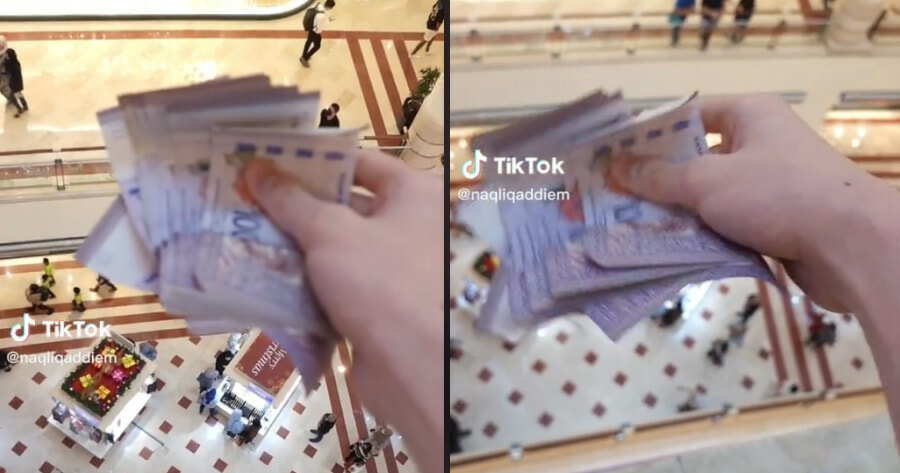 There’s a saying that money makes the world go round. Some may agree while others may think there’s more to the world than just money. Regardless of what you think, it’s undeniable that money plays a big part in our lives and its what helps us stay alive in this world.

Just recently, a TikTok video was circulating around social media and that 6-second video has gained some traction from netizens. In the video, a person could be seen holding RM100 notes that adds up to a total of RM1,000. 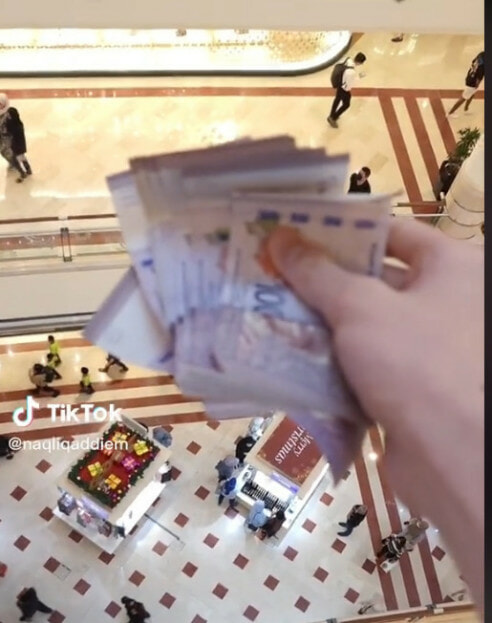 The person was then seen throwing the money onto the lower grounds where there were other passersby walking around. The video was then abruptly cut, and the passerby’s reactions weren’t filmed.

Following the video, many netizens have said that the video is rather distasteful and here’s what some of them said:

“It’s not nice to just throw it like that. If you really want to give it out, you should give it in a proper way.”

“Don’t do this. It’s best to give it out sincerely with your hands.”

“Don’t just throw the money there, you should’ve given the money to people who are really struggling. That’s so much better.”

The value of money is subjective as it depends on the individual, what do you think of this situation? Let us know in the comments below. 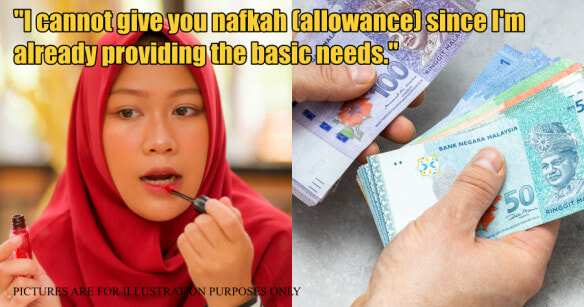