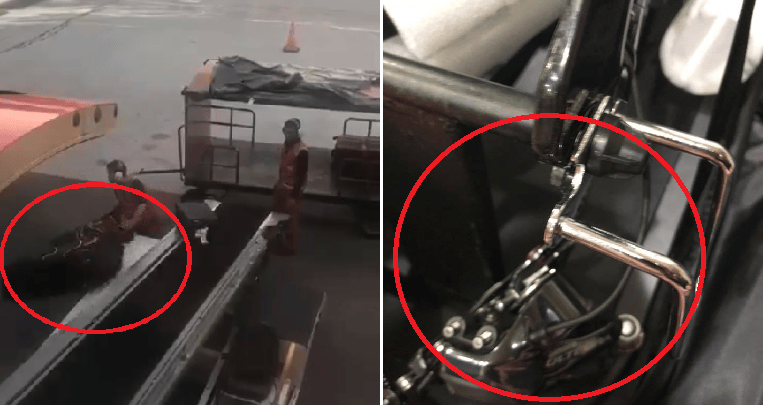 One of our greatest fear when we’re travelling is that something would happen to our precious luggage on the plane once we’ve checked it in. For Fen Lim, she was horrified when her beloved bicycle was mistreated dreadfully by baggage handlers. 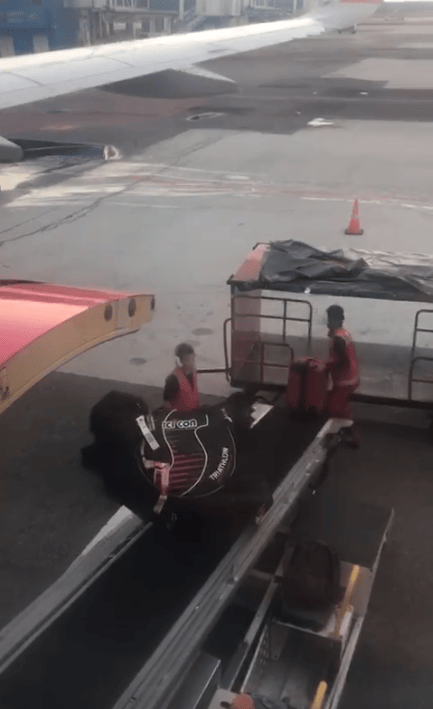 Her Facebook post which has gone viral showed a short video of a couple of baggage handlers who were transferring the cargo from the plane to the cart. In the 27-second video, the staff were moving the things down the ramp but she was shocked to see them mistreating her bike bag. The photo also showed the condition of the damaged bicycle after she had collected it.

They flung the soft bike bags roughly onto the ground without caring how it landed even though the bags had the ‘Fragile’ sticker on them. Then get the sticker for what? Lim wrote, “Thanks AirAsia. You broke my bike. This was filmed while we were still seated in our flight AK171 from Kaohsiung to KLIA2.” 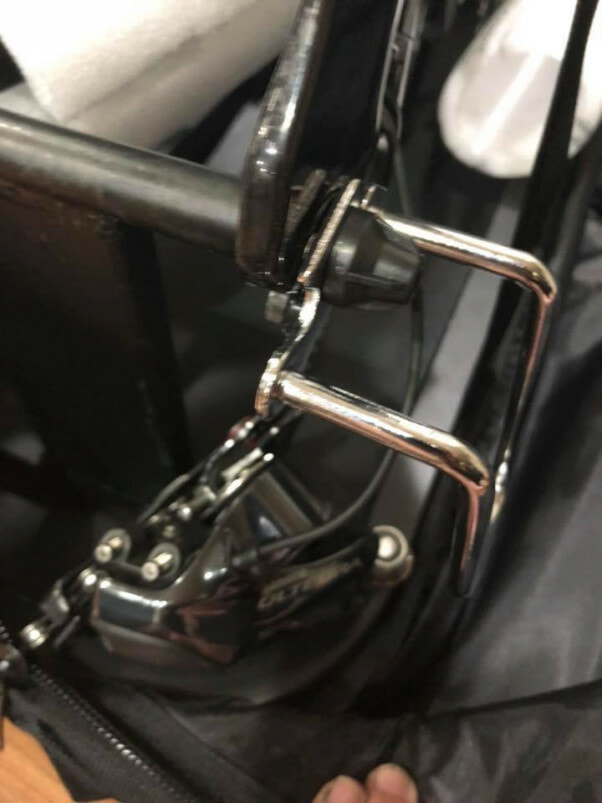 In less than 24 hours, her post had more than 10,000 shares and another person who was on the same trip as her explained that a group of them had gone to Taiwan for Ironman Taitung 70.3, a triathlon. There were at least 10 bicycles on the plane and seeing the baggage handlers maltreating those expensive vehicles were rather shocking. It isn’t cheap to repair them!

Netizens were similarly shocked at the rough treatment of the bicycles and condemned AirAsia for the bad service. In light of the viral post, Tan Sri Tony Fernandes, the founder of AirAsia has responded and apologised for the incident. He explained that AirAsia has a joint venture ground handling company called GTR but AirAsia would take full responsibility. 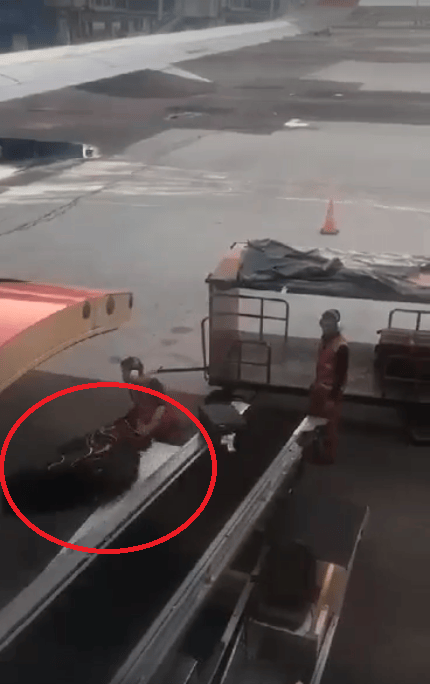 He added, “We are a company where if we make a mistake we will stand up and take the heat. We will get better. Apologies.”

Meanwhile, AirAsia’s CEO Riad Asmat has made a statement on the issue and apologised for the incident as well. As a cyclist himself, he said that he was pretty disturbed when he saw the actions of the ground staff and said that stern action would be taken accordingly. He said that the company would continue improving in regards to this case.

“As a gesture of goodwill, for the month of April, we would like to waive all fees in regards to bicycle transportation but more importantly, I would like to apologise to our cyclists and customers for having to endure such pain,” he said.

Let’s hope our baggage will be handled more gently the next time we take any AirAsia flights! 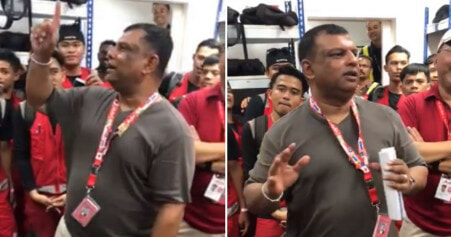