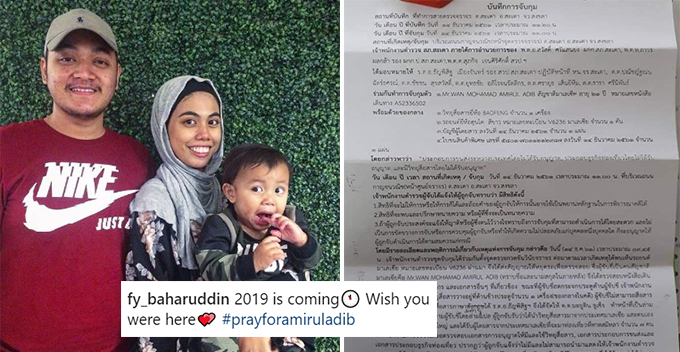 A tweet has gone viral on Twitter stating that a Malaysian man, Amirul Adib has been arrested on 12 December in Thailand for apparently owning a walkie-talkie.

According to his wife’s post on Instagram, it was Adib’s first job as a tour guide in Sadao, Thailand. He has never been out of the country, hence you can imagine the excitement he has for his new job. He even had everything planned out, including what kind of food he wanted to eat there!

On 14th December, Adib drove his customers from Perak, straight to the border of Thailand. After passing the border, there was a roadblock in Sadao.

This was where he was detained because he was discovered to be in possession of a walkie-talkie. He thought it was a case that could be easily settled, but he was wrong. It’s apparently even worse than smuggling a weapon into the country!

Adib was jailed the day after and has been there to this day. His distraught 22-year-old wife said that 400,000 Baht (RM51,000) would be needed to bail him out as he is not a Thai citizen and his boss could not cover the whole amount.

According to the post from Adib’s cousin, he was arrested due to three reasons:

If you’re confused as to why owning a walkie-talkie can land you in jail, it’s because it apparently might disrupt the frequencies used by the country’s authorities and military.

2019 is coming🕚 Wish you were here💕 #prayforamiruladib

It was informed that half of the amount has been paid by Adib’s travel agency company. There is still quite a large amount that they require to get him back to Malaysia.

If you are willing to chip in and help out, you can contribute to:

We hope everything goes well and Adib comes home safely!

Also read: If You Feed Pigeons in Thailand, You Can Get Fined RM3,000 Or Even Jailed 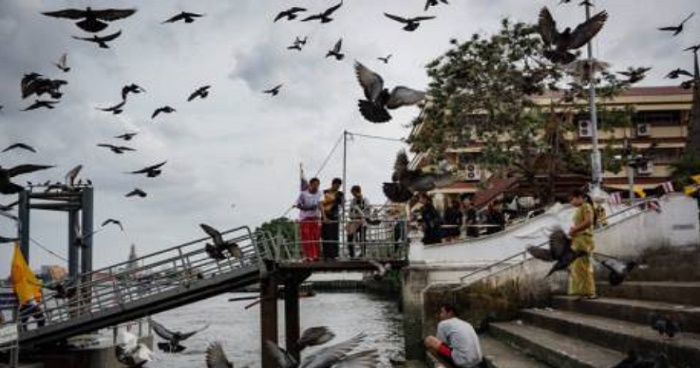