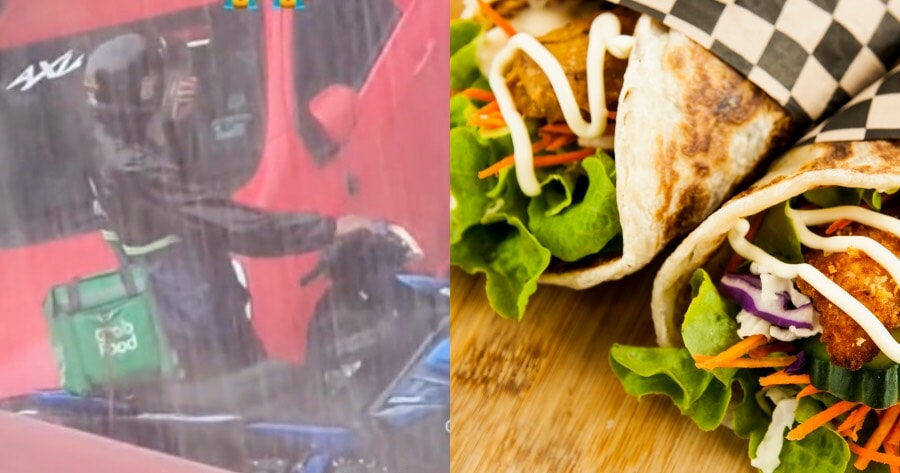 Just recently, a Facebook user has shared his experience with a hardworking Grab delivery rider. 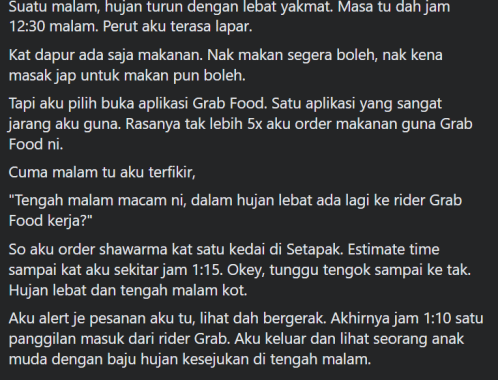 “It was late at night and I saw that it was around 12:30am. I felt hungry and wanted to grab a bite. Yes, there was food in the kitchen, I can cook or I could have some instant food. But, I chose to open my Grab app.

“I rarely use the app. I’d say maybe less than 5x. But that night, I was thinking, is anyone still working? It’s raining heavily too, would anyone want to work? I ordered shawarma from a nearby store in Setapak, and according to the app, it’ll arrive around 1:15am. But, when I opened the app to check after a short while, I realized that the rider was already on its way and around 1:10am, and that’s when I received a call.

“When I walked out of my house, I saw a young man with his drenched rain coat. I took my food and I asked him “you’re still working at this hour? What time do you end work?”

“What time did you start?” I asked.

“What do you do during the day? A day job?” I asked again.

“Yes, I work at Nando’s during the day,” he replied.

“Are you married yet?” I asked.

“No, not yet.” He answered with a small smile.

“I asked him how much was my order and he told me it was only RM59.99. I gave him a RM100 note. He opened his pouch quickly as he was trying to return the change. I told him to keep the change and he was shocked.

“That’s okay, it’s your rezeki for working hard” I said.

“He thanked me and left right after.” 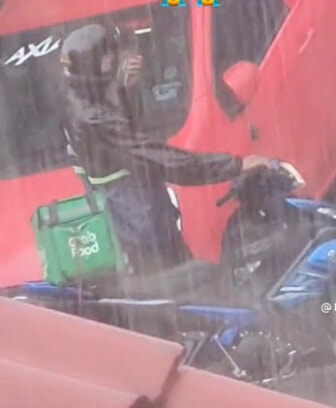 This story has sparked many comments from netizens, mostly about how in awe they are with his dedication and hardworking spirit.

So, the next time you order something from your delivery apps, remember to thank your rider!

Also read: 16yo M’sian Teen Helps Mom To Sell Kuih At The LRT Station On Weekdays 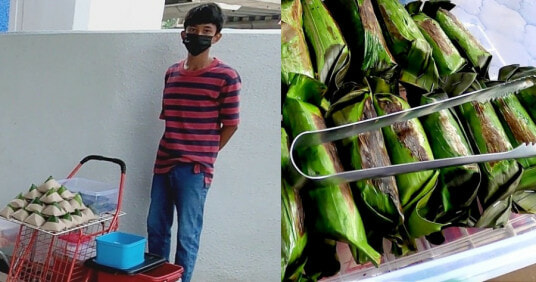