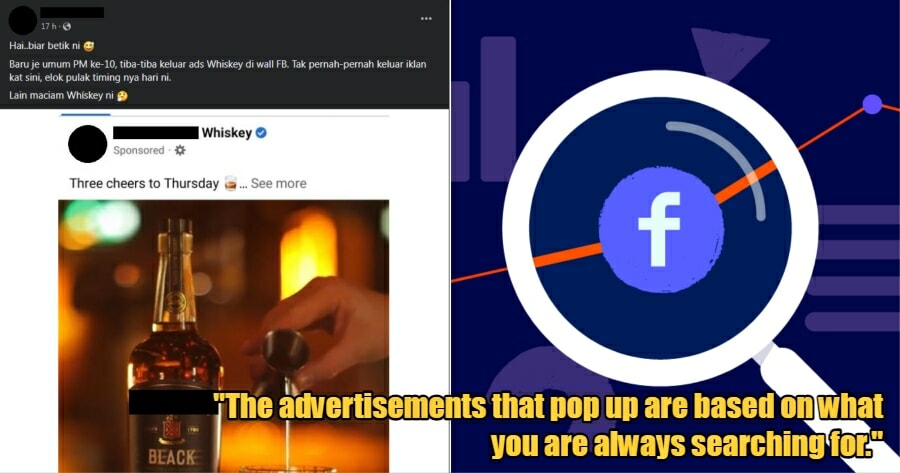 It’s no secret that not everyone is happy about Pakatan Harapan’s (PH’s) Datuk Seri Anwar Ibrahim (DSAI) getting elected as Malaysia’s 10th Prime Minister (PM10).

But that doesn’t mean that they should spread false information surrounding his appointment, that could also cause racial tension.

A lecturer from a Malaysian university is now getting dragged by Malaysians after he posted about receiving alcohol advertisements on Facebook following Anwar’s appointment as PM10. 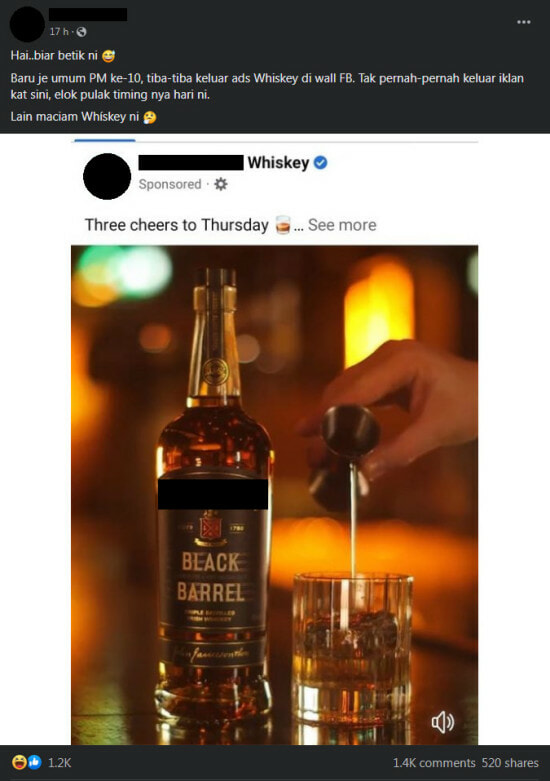 The lecturer wrote, “They just announced the 10th PM and suddenly whiskey ads are appearing on my Facebook wall. There has never been such advertisements here, the timing of it today (November 24) is good.”

Though, that’s not exactly how Facebook advertising works, now does it?

Netizens have since taken to the post to school the lecturer on Facebook algorithm, which causes advertisements to show up based on your search history.

“Normally, the advertisements that pop up are based on what you are always searching for. Waaah, did you think the people are stupid?”

“That’s what you searched for, that’s what will show up on your (Facebook) wall. The world has evolved, yet you are still sticking with the slander and stupidity.”

Netizens basically deduced that the culprit of the advertisement showing up is the lecturer himself and AI, which in this case is Artificial Intelligence and not Anwar Ibrahim.

It’s truly saddening to see how there are still people who are trying to break Malaysians apart, despite calls for unity from various higher ups including the Yang di-Pertuan Agong, Al-Sultan Abdullah Ri’ayatuddin Al-Mustafa Billah Shah.

Though, we are happy to see how Malaysians are not falling for it and instead are banding together against such provocations.

We genuinely hope that the authorities take action against the lecturer for attempting to cause a ruckus amongst Malaysians. 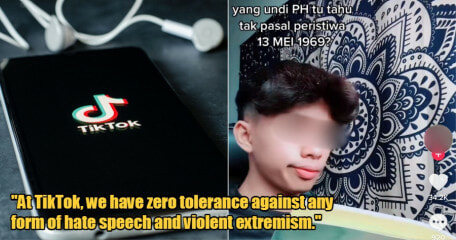