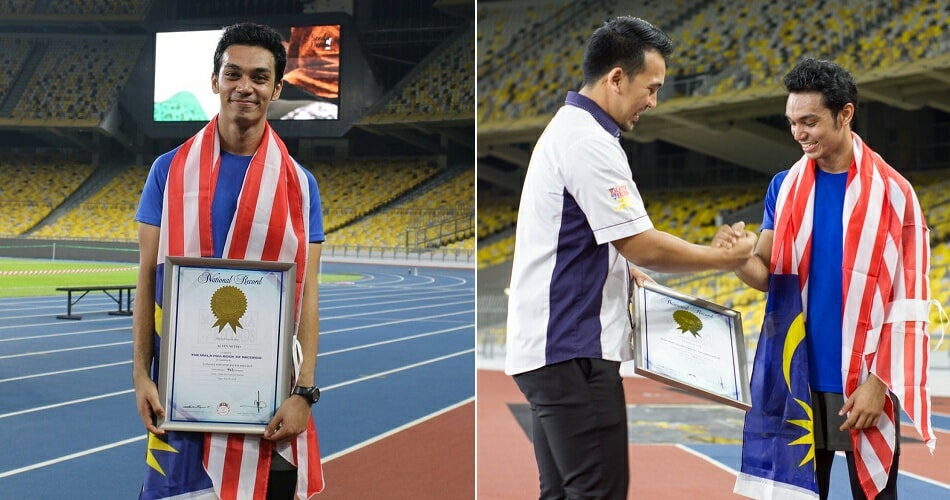 Running isn’t easy because one would need strength and agility in order to succeed in this sport. However, have you ever imagined conquering this sport while running backwards?

It sounds pretty impossible but one guy has proven that backwards running isn’t that difficult, especially if your motivation is to raise some funds for the less fortunate. 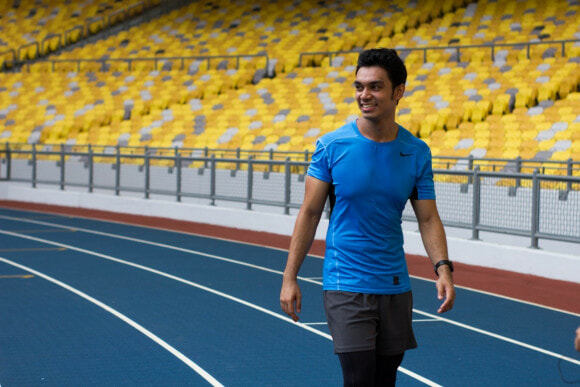 Alvin Netto, who wanted to raise some awareness and funds for a non-profit organisation, Small Changes Malaysia decided to run backwards for 12 hours without stopping because running a marathon was “too common to raise a fund”.

FYI, Small Changes is an NGO founded in 2011 that is dedicated to helping underprivileged students.

Through this feat, Alvin also wanted to prove that anything is possible if only we put our heart, mind and soul to it. Thus, he created the hashtag #BeAnAcheiver for this challenge to send the message across. Just like a true millennial. 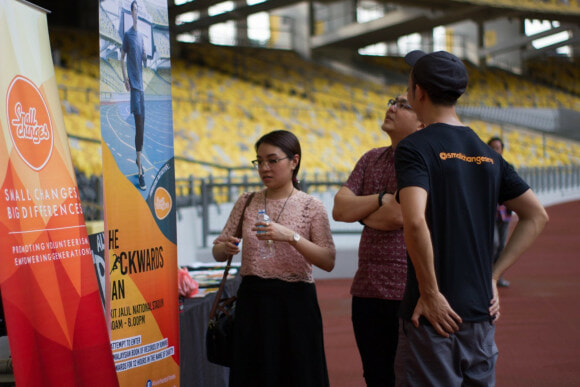 So, to learn more about Alvin and this challenge, WORLD OF BUZZ had a little chat with him about his pre-marathon preparations and his journey throughout and after the run.

Prior to the run, Alvin needed a private indoor running track to proceed with the fundraiser. Thus, he chose Bukit Jalil National Stadium as the venue because it’s the perfect place for him to execute this challenge.

However, renting such a huge stadium would cost a fortune, so Alvin sent a proposal to the Ministry of Youth and Sports (Kementerian Belia dan Sukan, KBS) to use the stadium. 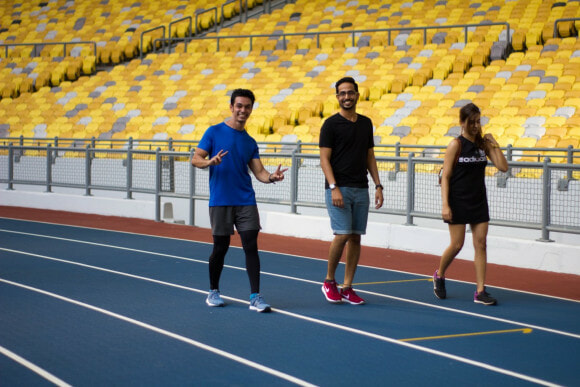 “After multiple follow-ups and many months of waiting, I finally got a call from Bukit Jalil. They offered me a date (28 July 2018), which was in conjunction with their 20th Anniversary of the establishment.”

“But, I received their call on 16 July 2018, so I was left with less than two weeks of preparation. Nonetheless, opportunities like this don’t come so often, so I grabbed it!”

At this point in time, there were three things that Alvin needed to get done within the span of two weeks: look for sponsors, organise the event and train for it. Sounds exhausting!

For two weeks, Alvin spent his time looking for corporate sponsors but sadly, luck was not on his side.

“I didn’t get any corporate sponsors because, I guess, it (the date of the challenge) was quite a rush for everyone,” he said.

Refusing to give up just yet, Alvin went on to set up an online crowdfunding platform via SimplyGiving where people can donate to support the cause. 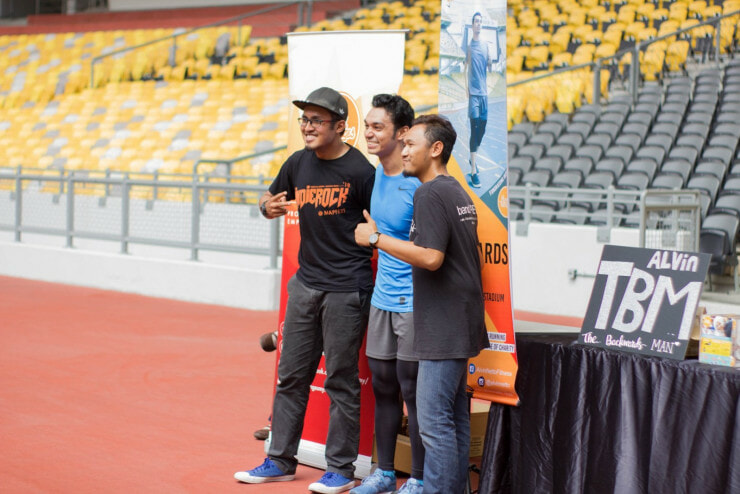 Fortunately, the move was proven to be successful because the funds started rolling in. As for the layout and flow of the event, Alvin had some help and support from KL Sports City management and the president of Small Changes, Daryl, and its committee throughout the event.

Considering that Alvin is a fitness coach, he only needed to increase the intensity of his training in order to prepare for this difficult run. So, he graciously shared with us his training techniques like running backwards on a treadmill and outdoor for 30 to 45 minutes. I can’t even run on a treadmill normally, let alone backwards.

Not only that, he also ran backwards for two hours at Stadium Kajang for one time and did a lot of backwards Sled Pulls, which you can watch in the video below.

After training and prepping for the challenge, the day arrived where Alvin would finally conquer the impossible task of running backwards for 12 hours.

With his friends and supporters cheering on him, he began running backwards but, later in the afternoon, he was met with an obstacle that could have disrupted his run.

“It rained in the afternoon but I continued to run with an umbrella. Having said so, the scorching sun would have been tougher, so I guess the rain was welcomed,” he said.

Such a strong will! 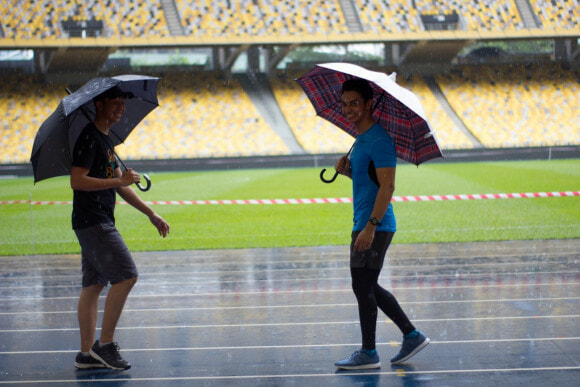 Besides the testing weather, the duration of the run was a challenge in itself because 12 hours is a fairly long time. That’s like half a day!

“Twelve hours is a long time! After running backwards for four hours, I looked at the clock and realised that it was only noon. I had eight hours left and it felt like forever. At this point, keeping myself mentally strong in order to finish the course was challenging enough,” Alvin shared with us. 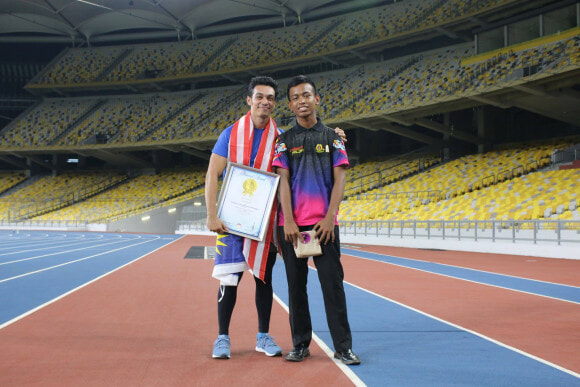 Nonetheless, in the end, Alvin persevered and completed 12 hours of running backwards for charity. Amazing feat!

Helping the unfortunate and creating history

As mentioned earlier, Alvin did this challenge because he wanted to raise some funds for less fortunate students.

Staying true to his cause, Alvin managed to raise RM10,000 to fund 100 of Small Changes beneficiaries for their upcoming project titled “Seeds of Deeds Empowerment Camp 2018”, which will take place at Pasir Gudang Johor soon. Besides that, since he also broke a record through this challenge, Alvin was rewarded with a place in Malaysia’s Book of Records for “Longest Non-Stop Backwards Running”. Congrats! 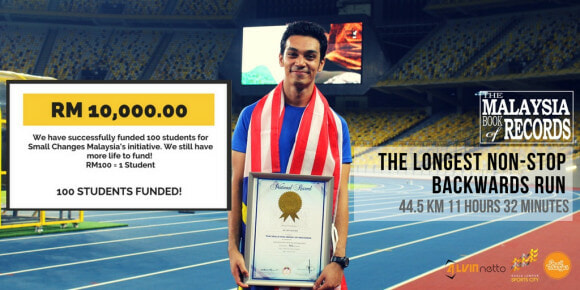 Looking into the future, Alvin told us that he’s definitely not going to stop with this challenge, which was also his first-ever fundraising challenge,  because he is game for a new one.

“I’m already thinking of doing something more challenging. I am definitely up for another challenge to help out a different charity body. Do you have any ideas?” he jokingly asked. 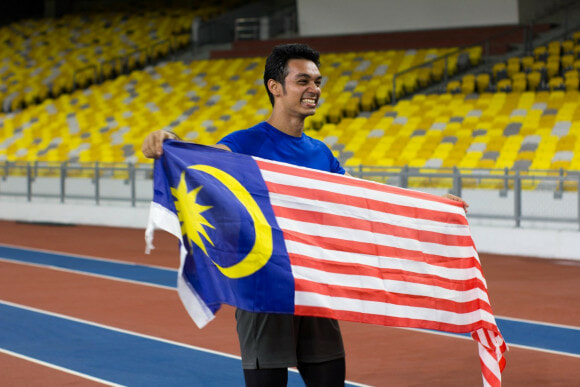 All in all, Alvin’s determination and strong will are definitely inspiring. We hope every youngster will take a page or two from his book and incorporate it into our daily lives. WORLD OF BUZZ would also like to wish Alvin all the best in his future endeavours and we hope that he continues to inspire and help the less fortunate. 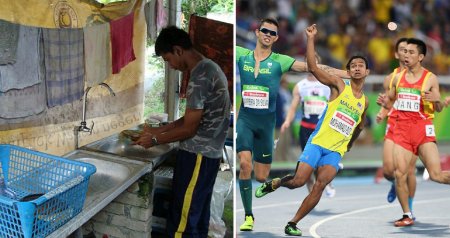