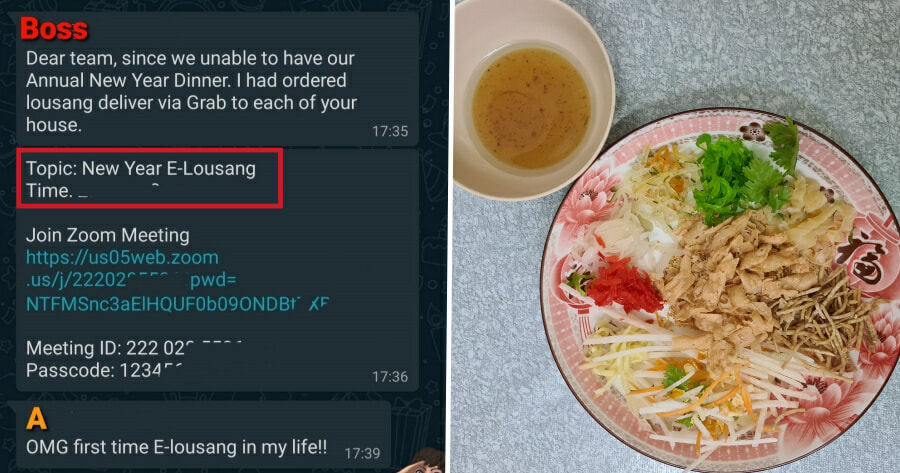 Most companies will have an annual dinner before or during CNY as this is a common tradition to have in the workplace. Unfortunately, due to the pandemic, many aren’t able to perform the same traditions in 2021. 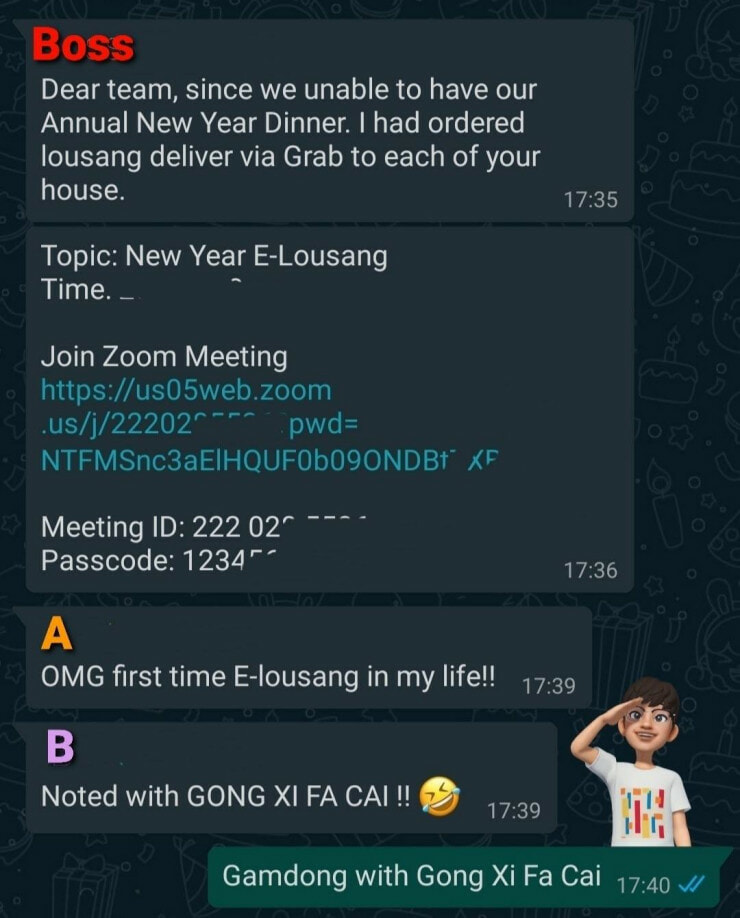 In the caption of the post, the admin of the page wrote,

“Sometimes boss still has a good sense of humour, he even thought of such a thing (E-lousang).”

As you can see from the screenshot, the boss told the team that he is ordering lousang to be delivered via Grab to each of the workers individually since they are unable to have an Annual New Year dinner together this year. He also sent a Zoom meeting invitation link and code to them so that they could all lousang together online.

The replies of the fellow team members went as followed;

Colleague A: OMG [this is the] first time [I’ve had] E-lousang in my life!! 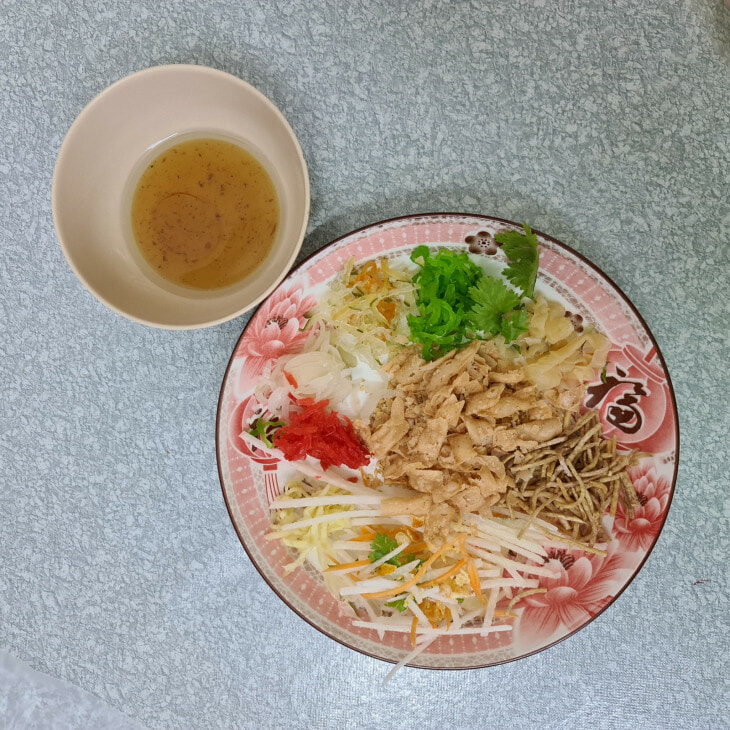 The admin then updated the comments section with a picture of the individually packed lousang that arrived from his boss. He also mentioned how it was quite fun to have his very own “solo lousang“.

His boss is so thoughtful for thinking of his team! Let us know your thoughts on this story in the comment section! 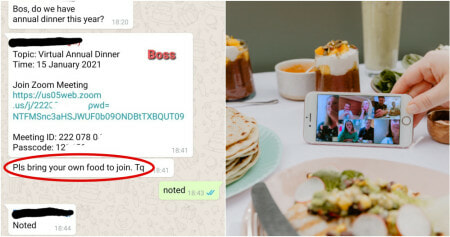