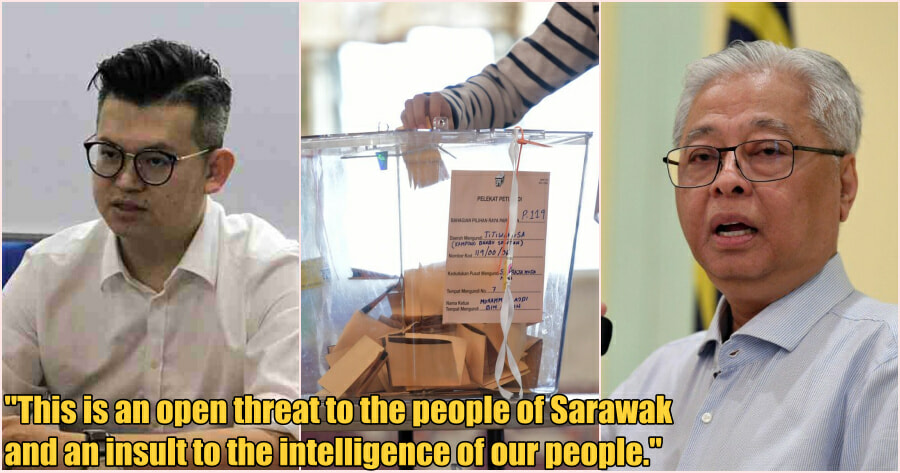 With the Sarawak state elections coming up, many politicians have urged Malaysians to vote and to not make the ‘wrong decision’ at the polls.

Recently, Prime Minister Datuk Seri Ismail Sabri Yaakob appeared to ‘threaten’ the people of Sarawak by stating that if they were to make the ‘wrong’ decision, certain projects may not be implemented.

The statement by the PM has drawn criticism from a Sarawakian Member of Parliament who called Ismail Sabri the ‘Keluarga Malaysia Bully‘.

In a Facebook post, Bandar Kuching MP Dr Kelvin Yii Lee Wuen said that it is distasteful for the PM to blackmail Sarawak in withholding development fund should voters make ‘wrong decision’.

“This is contrary to the spirit of his own slogan ‘Keluarga Malaysia’ where he is purposely trying to punish people just because they may choose to vote differently.”

“No Sarawakians shall be deprived even when they vote differently.”

Yii, who will be DAP’s candidate for Batu Kawah in the state election also demanded the PM to apologise to all Sarawakians for openly threatening to take away something from them with something that is rightfully theirs to begin with.

“This is an open threat to the people of Sarawak and an insult to the intelligence of our people. For far too long, even though Sarawak has been part of the federal government for past 50 over years, we are still so far behind in terms of development compared to other regions in the country,” he added.

He explained that it is the responsibility of the government of the day to bring development to the people regardless of their political inclination.

“Public funds are derived from taxes paid by everyone regardless of who they vote for. In spirit of democracy, no one should be punished for their vote and any government that use this to threaten the people should be rejected at all cost.”

Yii stated that the voters should be given the choice to evaluate each candidate and party based on their vision, direction, and track record. 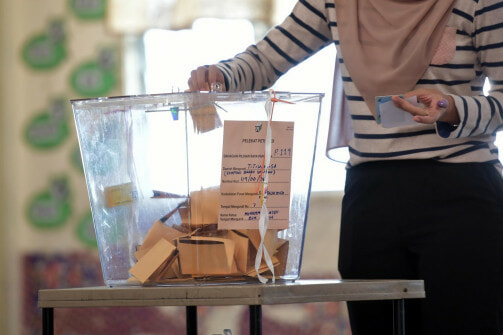 “That is why, the slogan of ‘Keluarga Malaysia’ is a mere rhetoric if they are willing to side-line and ‘baby’ Sarawak just because we may not want to follow the order of the Prime Minister from Putrajaya,” Yii said.

“We shall not bow down to such submissive mindset at the mercy of Putrajaya, it is absolutely disgusting. Sarawakians has seen the same faces in power for too long, yet little change has gone to improve the livelihood of many.”

Yii urged all voters to reject such archaic blackmail tactics by the PM. “Let Sarawakians themselves decide their future and not adhere to the ‘Keluarga Malaysia’ bully of BN and GPS.”

Do you agree with his statement? Let us know in the comments.