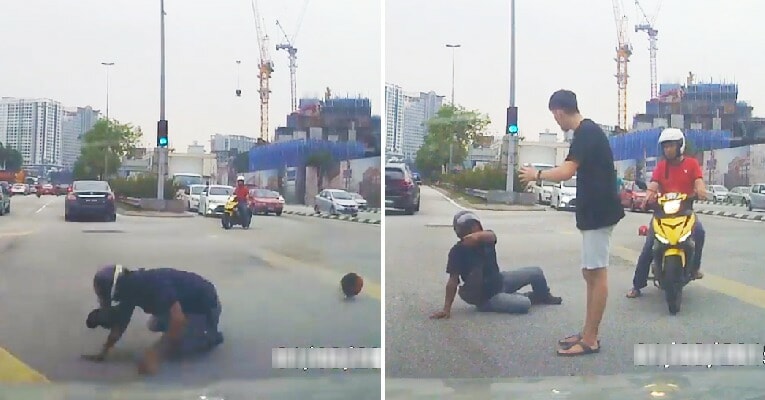 Accidents happen and no one wants to go through such a traumatic experience if they can help it. However, there are some unscrupulous people out there who will do anything for money, including pretending to get hit so that they can claim compensation from innocent drivers. 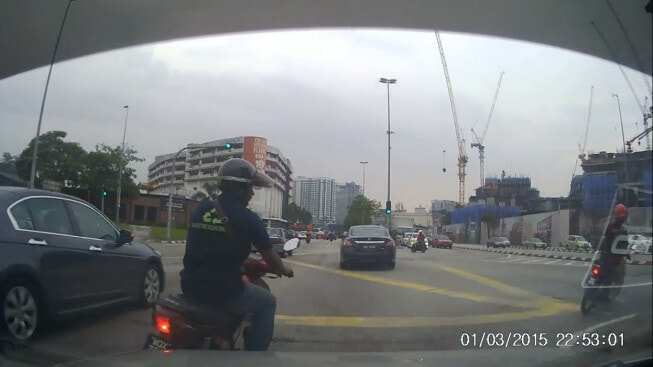 A Facebook user, Lum, posted a video recently taken from a dashcam on his brother’s car. It shows a motorcyclist deliberately swerving into his path so that he can be knocked down when he could have avoided the car totally. It is a really dramatic performance as the motorcyclist deliberately swerves into the path of the car and then rolls on the ground as if he has really been hurt.

He added that the timestamp on the video is wrong as the internal battery died a long time ago but confirms that it happened over the weekend on October 5th. He said, “When my brother went to check on him, he (the motorcyclist) immediately accused my brother of being in the wrong as he ‘hit someone from the back’ and demanded compensation.” 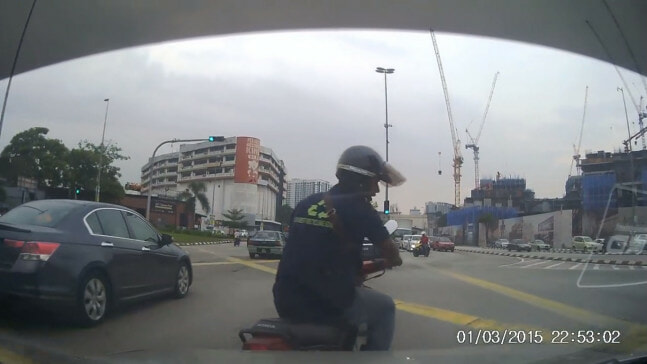 He refused to pay anything and asked the motorcyclist for his contact number. However, the motorcyclist did not want to do so unless compensation was provided. The motorcyclist then threatened to make a police report and Lum’s brother agreed, as they could not come to an agreement. 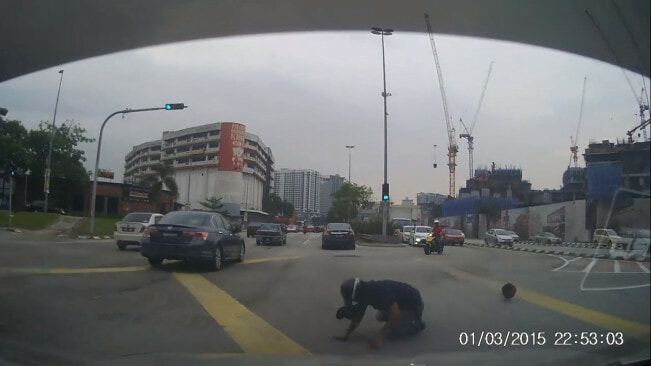 Of course, the motorcyclist never showed up to the police station seeing as he had no concrete claim and was using a fake number plate as well. While you may think that an accident between a car and a motorcycle means that the car is always at fault, this is not true at all as all motorists have to adhere to the same laws. 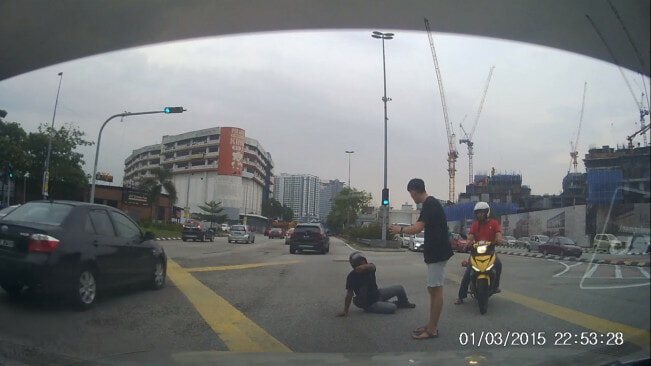 Lum shared the incident out to warn others about scammers like these who will stop at nothing to try and blackmail you. He said, “Be alert and vigilant. There are people out there who will stage an accident to try to coerce some money from you, or could do other more dangerous things such as robbing you once you get out from your car. Please install a good dashcam to protect yourself.”

Be careful out there and always be alert! 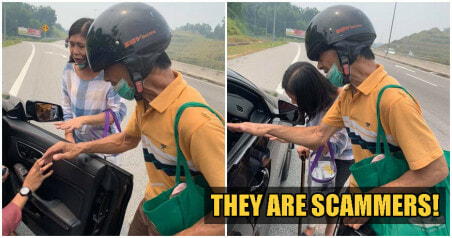