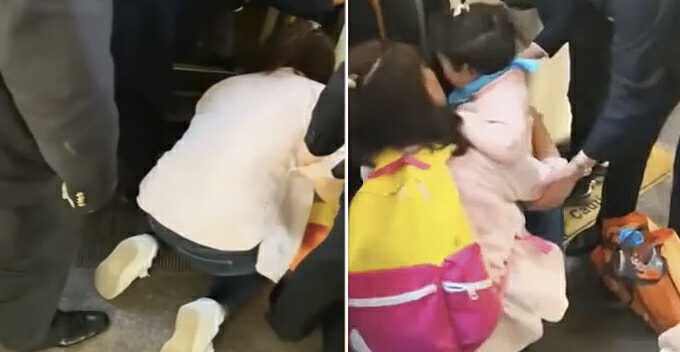 On 16 October, a child shockingly fell onto a train track because her mother was too preoccupied with her phone. This incident happened at a train station in Beijing, China.

According to Oriental Daily, the mother was walking with her daughter along the platform when the train was approaching the station. However, instead of holding the daughter’s hand as most parents would, she was busy scrolling on her phone and paid very little attention to the child. Are phones more important than kids these days? :O

When boarding the coach, the daughter had most probably taken a wrong step because she fell right onto the track through the small empty space between the train and the platform. The worst part is, the careless mother didn’t even notice anything amiss until she finally heard her daughter’s cry for help. *facepalm* 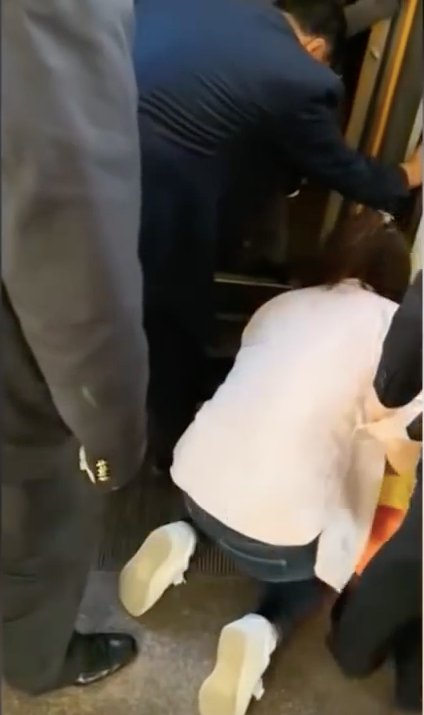 That’s when she realised that her daughter’s life was in grave danger and she quickly extended her arm down the hole to grab the little girl. She tried desperately but just couldn’t reach her. Thanks to the staff at the station and members of the public, the girl was successfully brought up and sent to the hospital. Her head was slightly injured but she wasn’t in any life-threatening condition. Phew!

After this news went viral on social media, netizens were enraged and criticised the mother for neglecting the child’s safety.

“Even when the child fell on the track, she still didn’t let go of the phone in her hand,” a netizen said.

“Any woman can give birth, but not all can be a good mother,” another social media user said.

Hopefully, this incident would serve as an eye-opener for the mother. Things could’ve gotten a lot worse if the train was moving.

Also read: “You Do What You Deem Fit, If She Can’t Make it, Just Throw Her Away.” 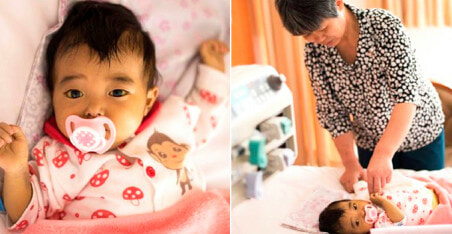