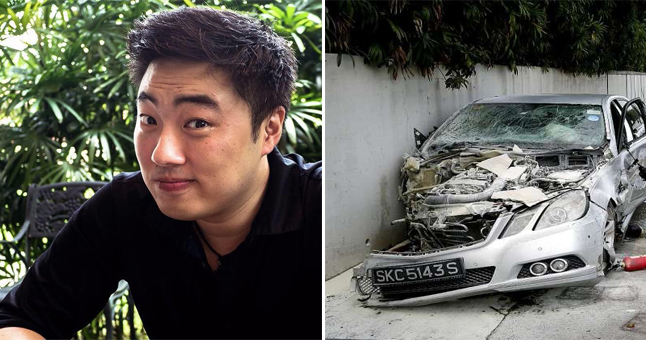 On Monday morning, a 53-year-old man who drove against the traffic flow after making a U-turn had caused a multi-vehicle collision at a Singaporean highway, Ayer Rajah Expressway.

According to Straits Times, the suspect slammed his car into multiple vehicles killing 1 man and injuring 3 other victims. 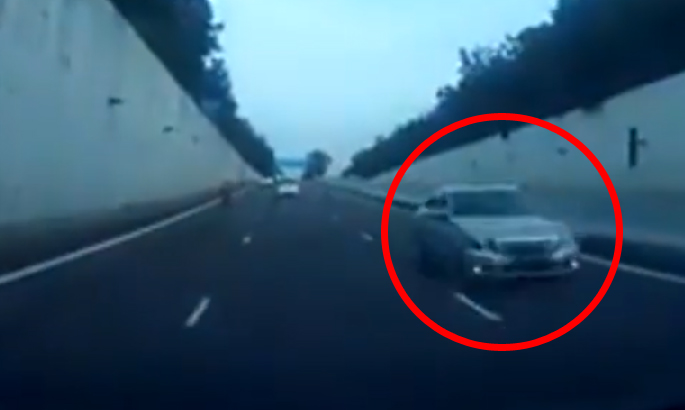 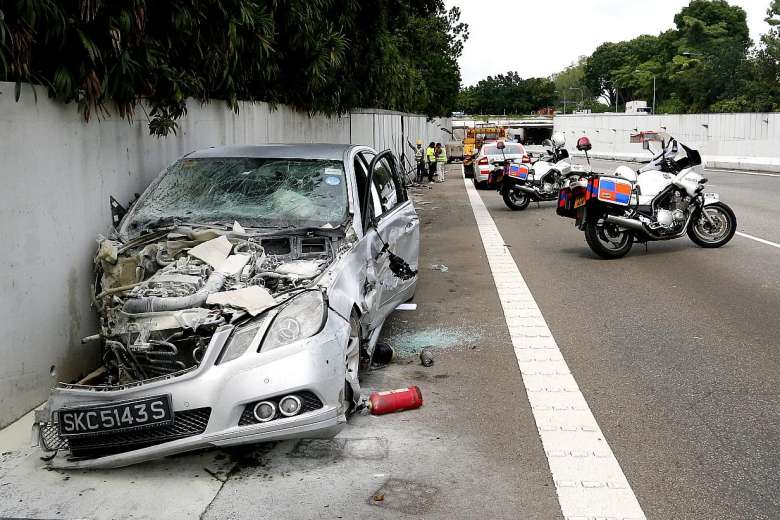 Rozaidy Mokhtar who was driving on the same stretch of the road with his colleague had a close shave when he barely avoided the Mercedes.

His colleague yelled out:

He swerved his Kia Pregio to the leftmost lane while witnessing the Mercedes blitzing past by them at an estimated speed of 120 km/h. Pheww… that was close!

However, the two cars after him were not as lucky. From his right side mirror, Rozaidy saw a black Mazda took a hard left and hit the side of the bus while the Toyota Vios following behind collided head-on with the Mercedes. 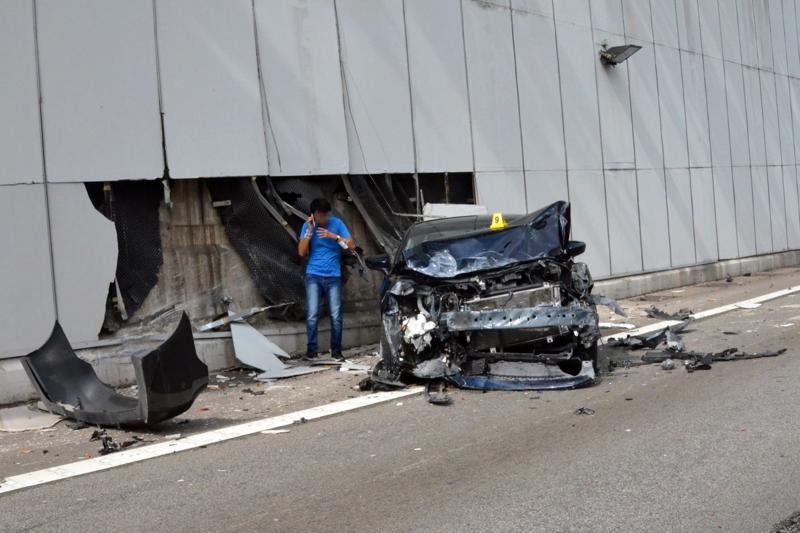 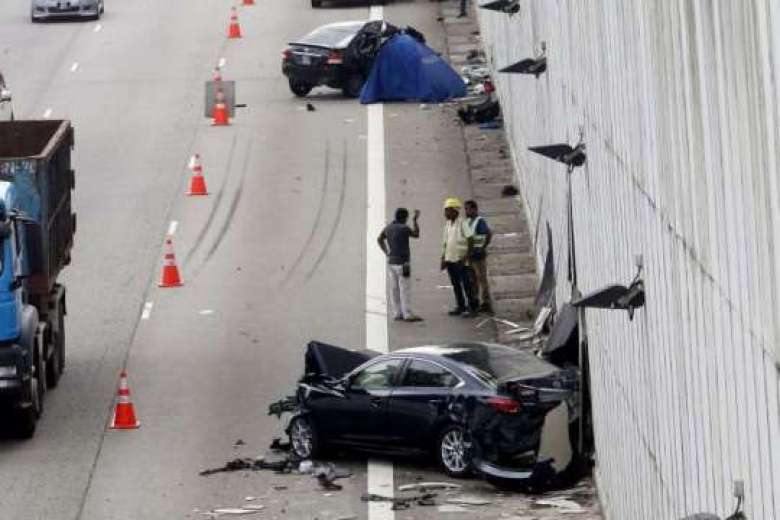 The collision sent the Toyota Vios skidding across two lanes and hit the wall on the left side. Shockingly, the Mercedes kept going and hit a motorcycle which sent the rider and pillion rider flying. 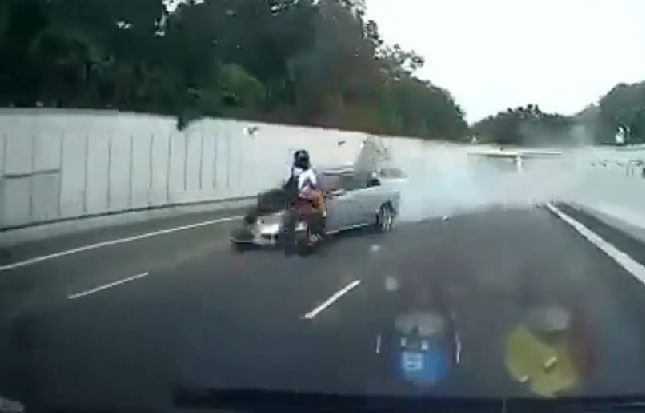 According to Rozaidy, the Mercedes driver was “sitting down, mumbling and talking to himself” meanwhile his son whom was sitting at the front passenger seat apologised and said his father was “depressed”.

“(The driver) didn’t look shaken, just angry. When his son… tried to calm him down, he shouted at him,” said Mr Rozaidy.

Rozaidy also found the Toyota Vios driver covered in his own blood when he rushed to help. The victim known as Mr. Jackie Liong Kuo Hwa, 37, had to be extricated using hydraulic power tools but was later pronounced dead at the scene by the paramedics. 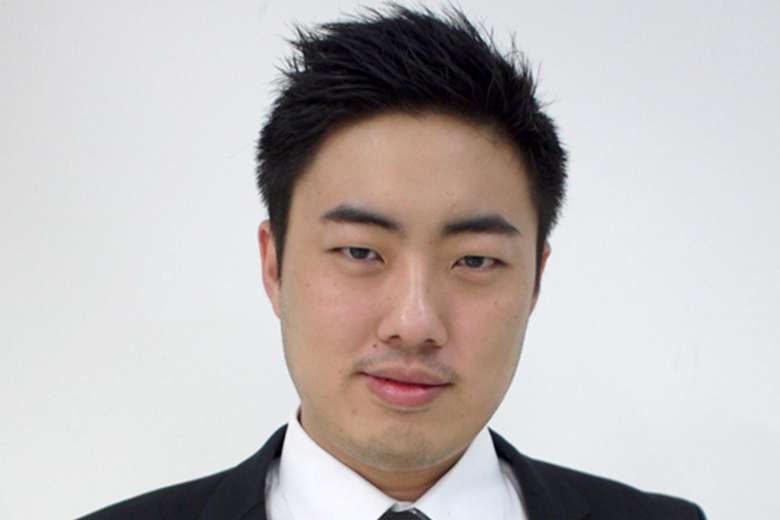 According to Straits Times, the victim was an actor who had made appearances on television shows such as “Sayang-sayang” in 2008, “Point of Entry” in 2011 and “Code of Law” in 2012.

Moreover, Jackie had also starred in several local and regional feature films such as “Mooncake” and “Pickles”. He was also the emcee for various corporate events and appeared in commercials according to Sammy Boy. 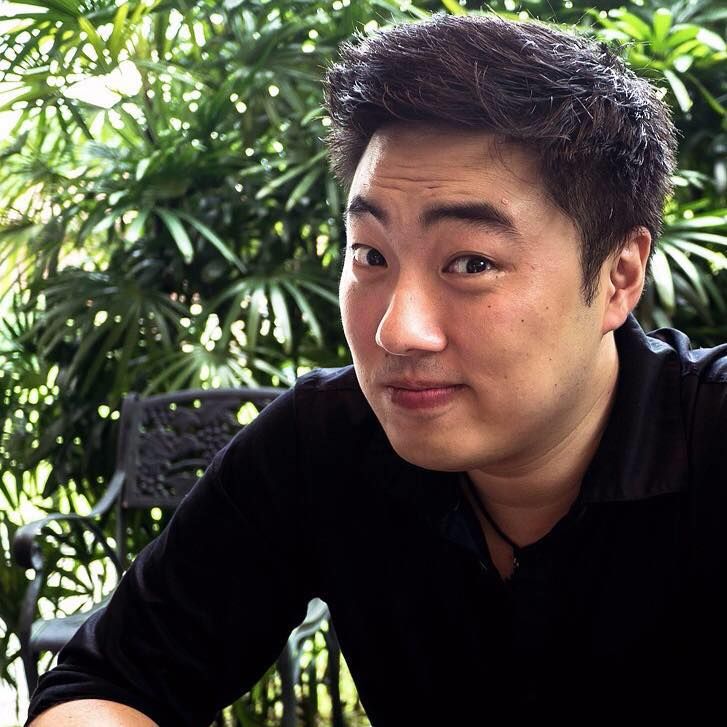 People who had collaborated with him described him as “passionate, enthusiastic and optimistic”. The director of Shooting Gallery Asia, Mr. Yee Chang Kang said:

“Jackie has always been a wonderful guy to work with… A great actor. Always giving his best on set. I have never seen him grumble on our shoots ever.”

Jackie’s wife who was travelling with him during the incident was sent to the hospital. However, she declined to comment on the incident.

“I am in hospital. I think I am not in the position to talk so much… I am being attended to for my injuries,” said Jackie’s wife.

The Mercedes driver was arrested for causing death by rash act by the police. 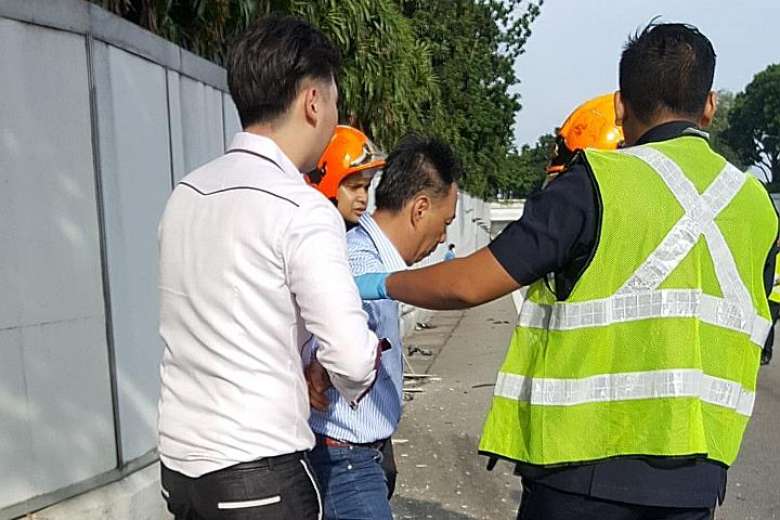 The maximum penalty for such offence is 5 years of jail and a fine. The investigation of this case is still on-going.