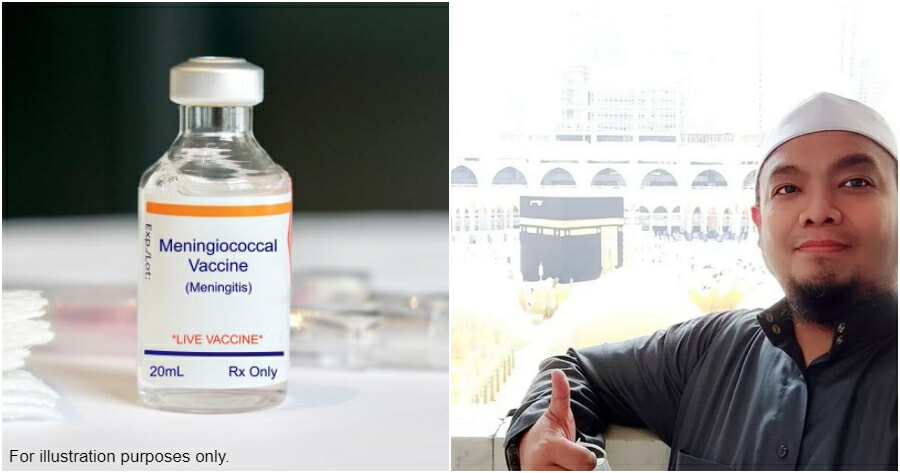 Recently, local preacher Ustaz Abu Syafiq admitted in an Instagram post that he is unvaccinated and he brought a number of unvaccinated Umrah pilgrims to Saudi Arabia as well.

Yesterday morning (11 January), Abu Syafiq once again posted on his Instagram and revealed the vaccine that he was talking about wasn’t the Covid-19 vaccine. 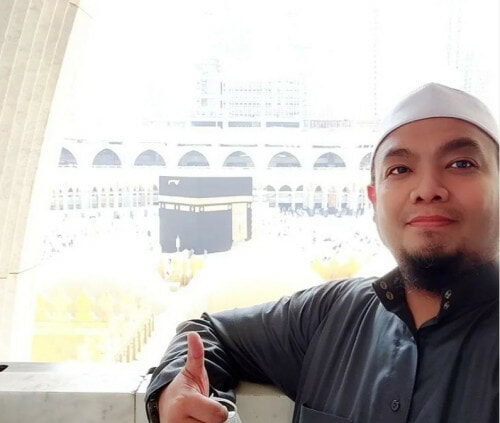 “In the past, Umrah pilgrims would get an orange-yellowish book, but the vaccine is no longer used. Perhaps you’ve forgotten because you received too many vaccines that make you forgetful“, he said sarcastically.

This morning, Abu Syafiq posted once again on his Instagram account and claimed that the people that he has met in Saudi Arabia all agree that the issues of vaccines are clearly the game of democratic politics. 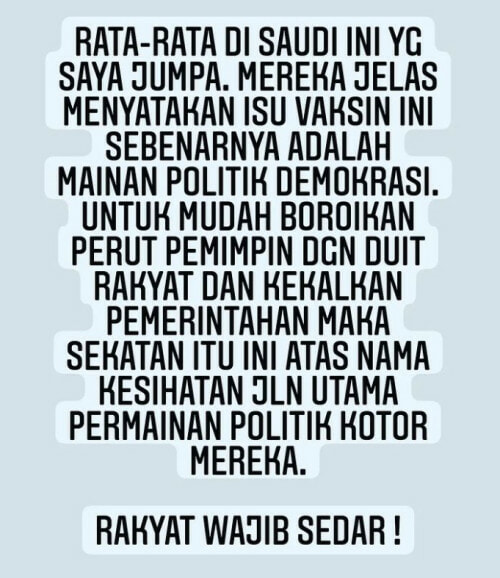 They believe that these “games” will fill up the leaders’ pockets with the money of the people and the restrictions imposed by the government is done in the name of health, to which he dubs them as “dirty politic games.”

Last week, the Ministry of Health had detected a number of Umrah pilgrims who tested positive for the Omicron variant of the Covid-19, and 17 of them are unvaccinated. According to a report by Sinar Plus, the matter is still under investigation. 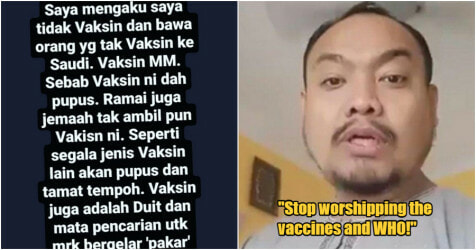