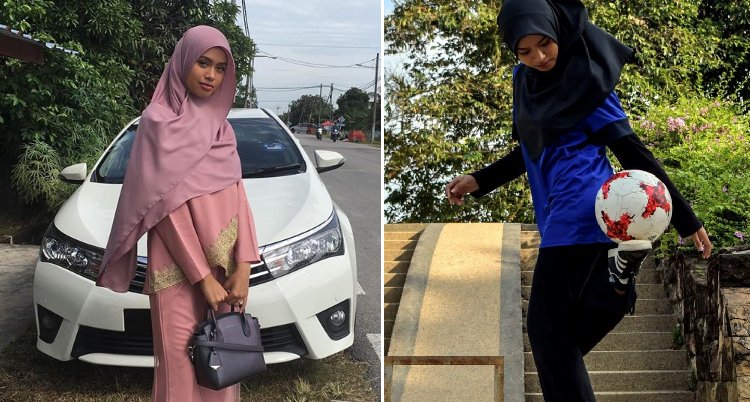 Well, Malaysians are really a multi-talented nation! Recently, videos of 18-year-old Qhouirunnisa’ Endang Wahyudi juggling a football have once again gone viral, sweeping the nation further into the 2018 FIFA football craze. The fact that she can even perform such complicated moves dressed in a baju kurung and headscarf has made her a source of inspiration for many netizens! 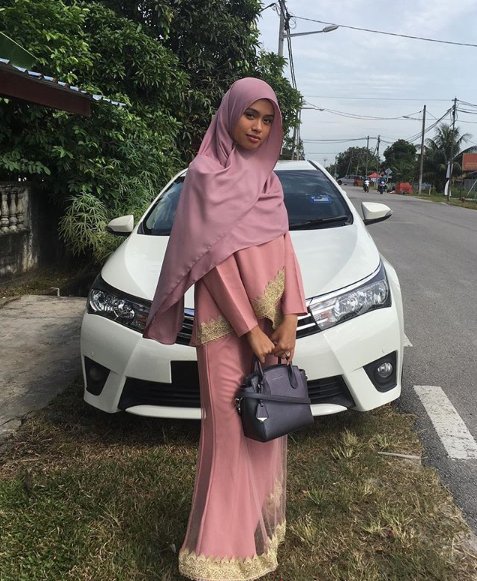 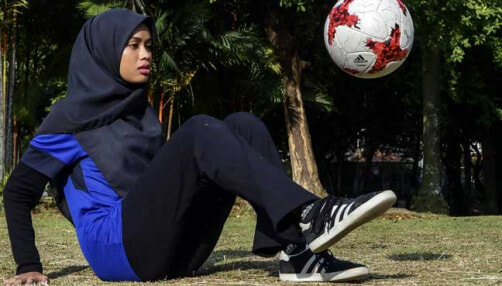 She’s even appeared on a TV show last month, known as “It’s Alif” showing off her neat freestyle moves, and wowing the audience. Here’s a video of her, taken from May this year.

Just look at those amazing skills! This fancy footwork is enough to be the envy of all in this male-dominated sport. This talented young lass picked up the sport after she began accompanying her younger brother to play futsal two years ago.

In an interview with Bernama, she said her father did not approve of her football activities at first but relented after seeing her enthusiasm. Affectionately known as Nisa, she is currently studying Islamic Science at Universiti Al-Madinah in Shah Alam, and says both her parents are now supportive of her interest.

Guess what happened at the end.. hahahah🤷🏻‍♀️🤦🏻‍♀️ tag your friends! ✨ Cc; @abdullohmabrur

She began seriously honing her skills in football juggling after performing with two friends at Sunway Velocity Mall, adding that she was inspired by footballer Lisa Zimouche from Paris, who is her role model.

“Women dressed in hijabs should not feel hindered in free style sports such as football, as the will to do so is on us,” she told Bernama when met in Bandar Botanic Lake Park near Klang recently. 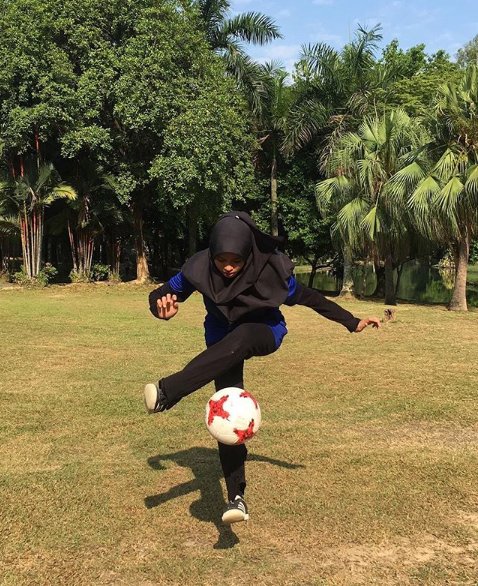 When asked how she feels about the sport, she said even though Malaysia failed to qualify for the World Cup, the country could still be proud of the skills of having a teenage female football juggler. Oh, we definitely are! Look at her go! 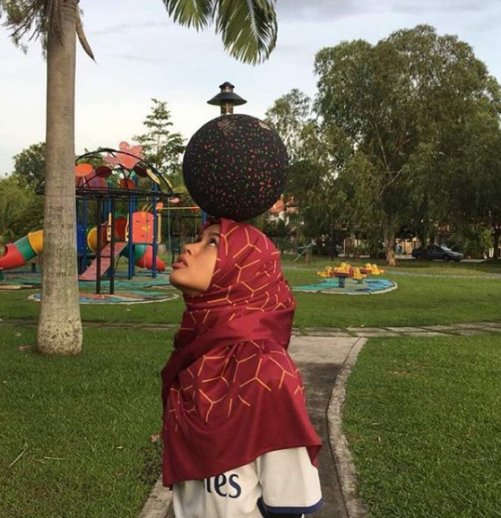 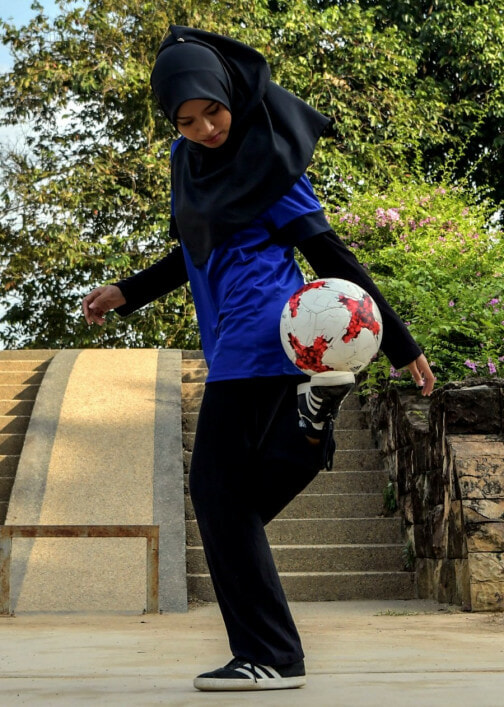 “Women in headscarves can learn to play any sport monopolised by men and we should be bold to take up the challenge,” she said.

Ladies, you heard her! Now go out there and be bold!