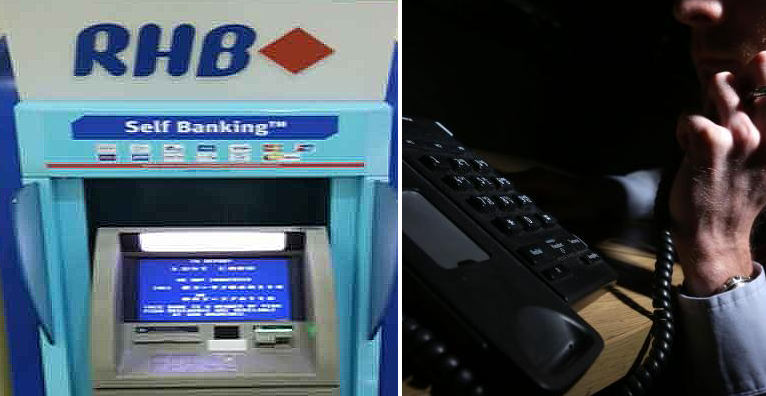 Scams are nothing new in this messed up world. But every time the authorities expose one scam, scammers will still continue to pop up and continue their dirty work.

Last week, Tengku Ekhzara Putra took to Facebook to share his experience and for it to serve as a warning for all Malaysians.

He starts the story by saying he received a call from the bank saying he has a pending transaction with a credit card that amounted to RM3,972.00.

“And because I really did not apply for a credit card with RHB, I pressed 9 to speak to an operator. But when I pressed 9, it was an automatic machine that spoke again.

“Welcome to RHB. Please hold, our service agents will assist you in a bit. That recording was repeated 3-4 times so I just patiently waited. My call was finally picked up.”

So Ekhzara went on to explain his situation to the operator.

“At first I thought the bank called the wrong number. The operator asked for my IC number and name for him to check in the system. After he did, he confirmed that there’s a transaction that was made at City Chan KLIA2 using my card. I immediately asked him to cancel the transaction. He did and even said he blocked the next one.”

“But said he can’t cancel the card because there’s an outstanding amount of RM8,236.80. He added that if I’ve never applied for the card it means that my details were stolen.”

The operator advised Ekhzara to make a report to Bank Negara and even gave Ekhzara the details he needed to make the process easier for him.

When Ekhzara asked for the operator’s name, the operator complied and also gave him his ID number. He was even given Bank Negara’s phone number.

So he called immediately.

“When I was making the report, he said that I need to follow some procedures. This call was being recorded and that no sound should be heard. I also could not tell anyone about this until the case is over.”

After making the report, Ekhzara was told to wait for a call.

“I got a call from nombor 1-800-818-549. He introduced himself as officer Soo Chin Hong from BNN and will be handling my case. He said that in my case, it’s a fraud credit card. He advised me to go to the nearest atm to update my barcode pin number because I’ve got savings in there.”

So Ekhzara went to the nearest atm and called the number again so he could be guided by the officer.

“When I arrived and contacted him, he said that there are a few procedures that I have to follow. First, I have to focus on the atm machine only. Two, if any slip comes out, I’ll have to keep it. Three, if there are people behind me or friends that are disturbing me, just ignore. Focus on the atm.”

“He asked me to select english so it would be easier for him to guide me. I obeyed. He told me to check my balance then a slip came out. He asked me to read the amount from front to back. Then he asked me to upgrade my transfer limit to the maximum (RM30,000.00). I just followed. My savings didn’t even amount to that much. I realised that he picked instant transfer to RHB. When the account number came out, he gave me the code. He said that this wasn’t an account number but a code. When the name Muhd Afiq came out, he said that’s the RHB officer handling my case. I didn’t think much of it, but then he asked me to put in the code that’s the same as my balance.”

“As expected it was rejected. I told him that, and he said that I might have keyed in the wrong code. He asked me to repeat the process and I did. It was like I was in a trance but at the third try, I noticed that he changed the code so that I have RM20 balance in my account.”

“But I did it anyway. However, when the proceed/cancel choice came on screen I felt uneasy. I told him that I don’t want to proceed and that I’m going to call Bank Negara first. He started being aggressive and insisted I press proceed. But I pressed cancel and hung up immediately.”

Ekhzara then headed straight to Bank Islam and asked a worker for Bank Negara’s number.

“When he asked why I just told him the story. He asked me if I already transferred and he said no. He looked relieved and told me that it was all a scam. Thank God I snapped out of it in time.”

“I felt like I was hypnotised as well. Their operation procedures are very slick. The claims of someone using a credit card under my name was all a lie. I had to block all my accounts and make replacements.”

Ekhzara urges everyone to be extra careful with these things. “It’s very very slick.”

This scam was unfortunately not the first that netizens have heard of it. The detailed scam of having a fake automatic voice recording, fake BNN number and fake officer has deluded and scammed many Malaysians over the past couple years.

In another form of scam, a Malaysian man was scammed of his RM11,000! 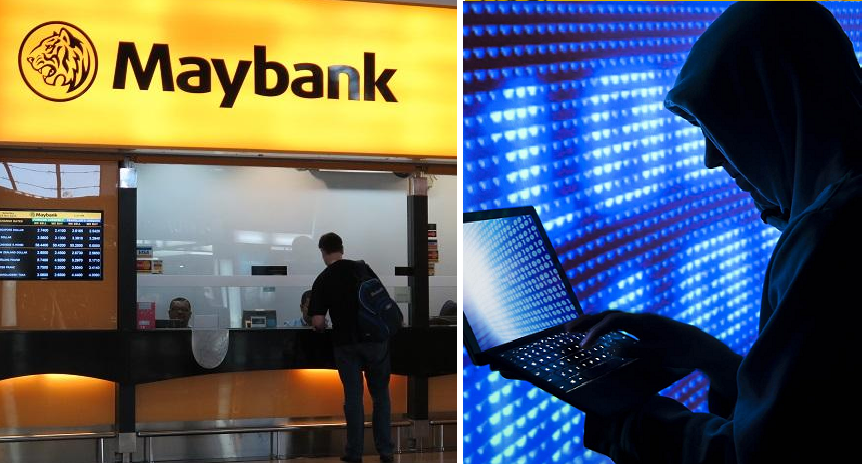