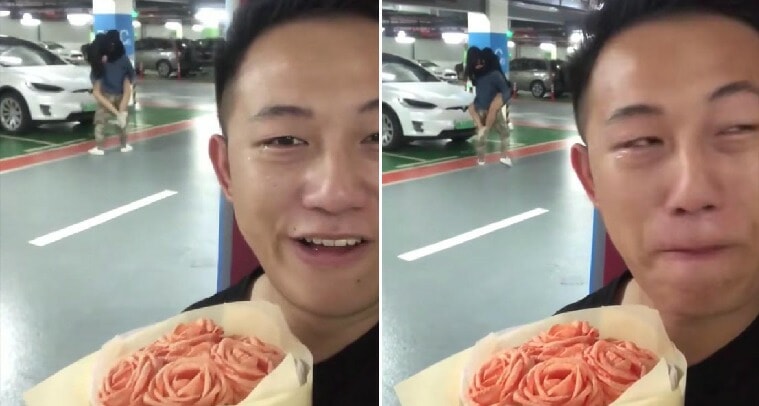 Preparing a surprise for your other half on special occasions is a really sweet thing to do, but it looks like this guy got a rather nasty shock in return. Recently, photos of a guy holding a bouquet of what looks like money flowers circulated on social media and caught the attention of netizens – but this story doesn’t have a happy ending.

The caption accompanying the photos says, “Today is my girlfriend’s birthday, so I thought of giving her a surprise. I didn’t expect to see this scene.” At first, you don’t see anything especially remarkable about the photos, which shows the guy holding the bouquet of flowers in a parking lot, but take a closer look!

You’ll notice that there is a couple near a parked car behind him with the girl hugging the guy so enthusiastically, she has practically jumped into his arms. It looks like this is the guy’s girlfriend because in the next few photos, he looks really heartbroken as he starts tearing up. In case you didn’t get it, this means that his girlfriend had been cheating on him with another guy, and he only just found out when he tried to surprise her. Oh no! It is unclear when or where this incident happened but based on a few details, it seems that it happened in China. 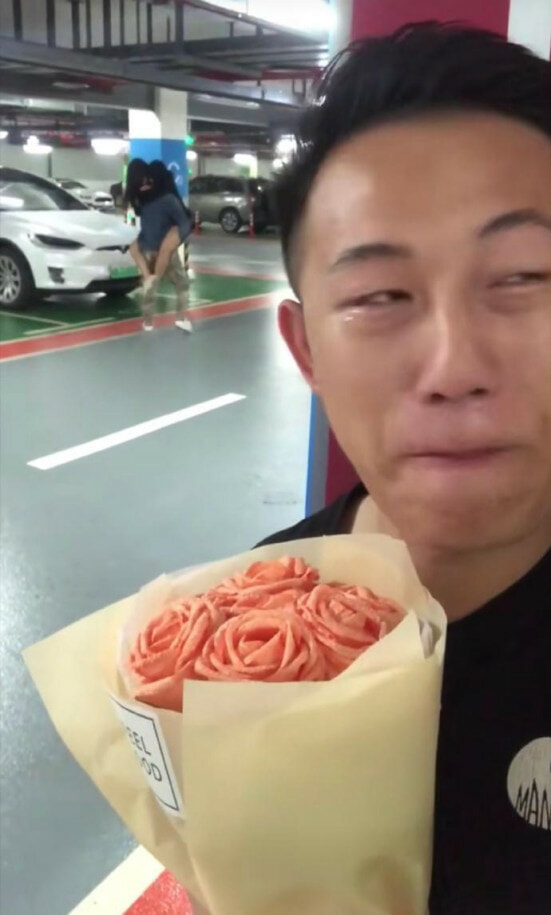 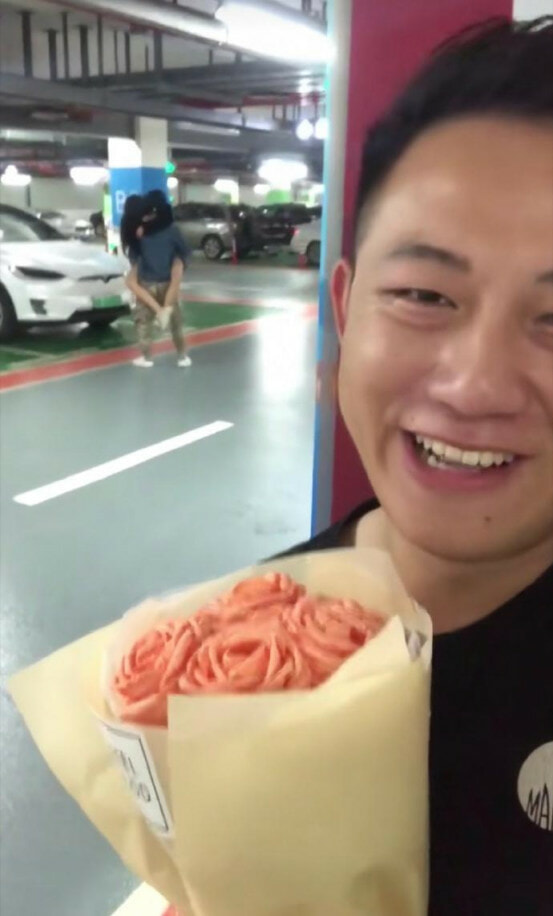 The poor guy looks like he’s trying to stop himself from breaking down as he starts to cry, and netizens who saw these photos were mostly sympathetic to his plight. Many of them consoled him and asked him to dump the girl. Some of them said that maybe he had misunderstood and his girlfriend was only hugging a friend. There were also a few netizens who were sceptical and said that the scene looked rather staged.

Hopefully, the man gets over his heartbreak and finds someone who will truly appreciate him! 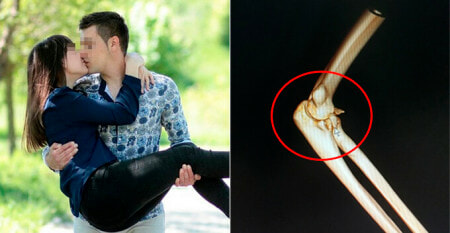