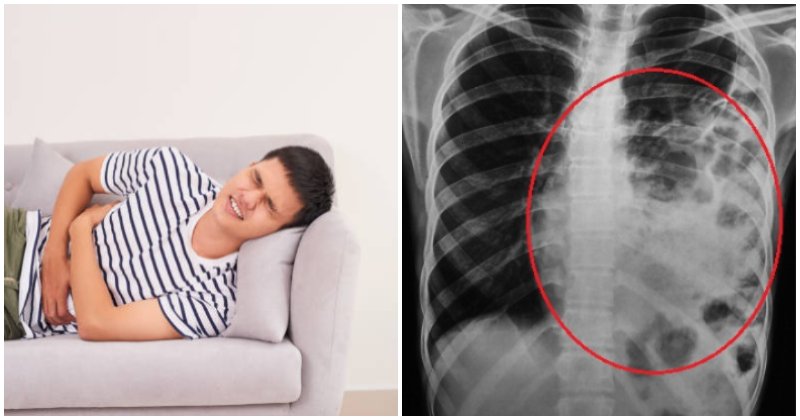 The next time you play fight or wrestle with your girlfriend, don’t underestimate her strength!

One man by the name of Mai, from Guangzhou, China was horsing around with his girlfriend one day when she playfully smacked him on the stomach, after which he then started experiences chest pains and breathing difficulties.

Assuming it was just something minor that would go away, he ignored it and went on with his day.

“At the time, I thought it was just some chest tightness and pain that would go away after resting. But the pain got worse after more activity,” Mai had told reporters, as according to Asia One.

It turns out, he was diagnosed with a congenital diaphragmatic hernia, which is a defect he’s had since birth. This means that his diaphragm is separated from the abdomen, which causes an opening for organs to move upwards into the chest. 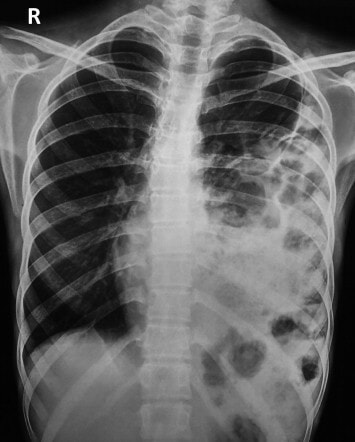 Dr. Feng Jinhang, Mai’s doctor, had observed bowel sounds in Mai’s chest which indicated that his intestines had moved into his chest area. He has since underwent surgery to move his organs back into place and repair his diaphragm.

Diaphragmatic hernia can cause gastrointestinal necrosis, perforation and life-threatening infections if left untreated, hence medical attention should always be immediately be sought.

Thank God they were only play fighting, imagine what would have happened if his girlfriend was actually angry at him and purposefully smacked him.

Out of complete curiousity, if gravity holds us down, how did the organs move upwards?

Doctors out there, do let me know in the comments section! 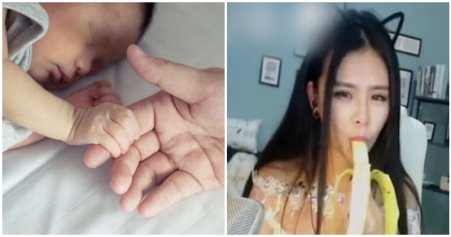