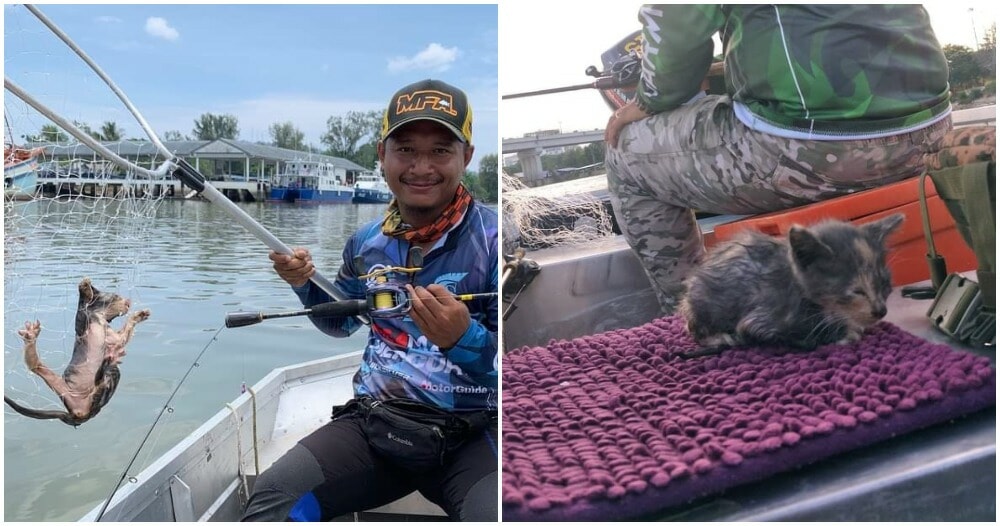 What are the odds of seeing a cat swimming in a river?

Ahmad Angoh, a fishing enthusiast shared the unique experience of how he met his third cat in a Facebook group called “Kucing Sepahkan Apa Hari Ini?” which directly translates to “what did your cat mess up today?” 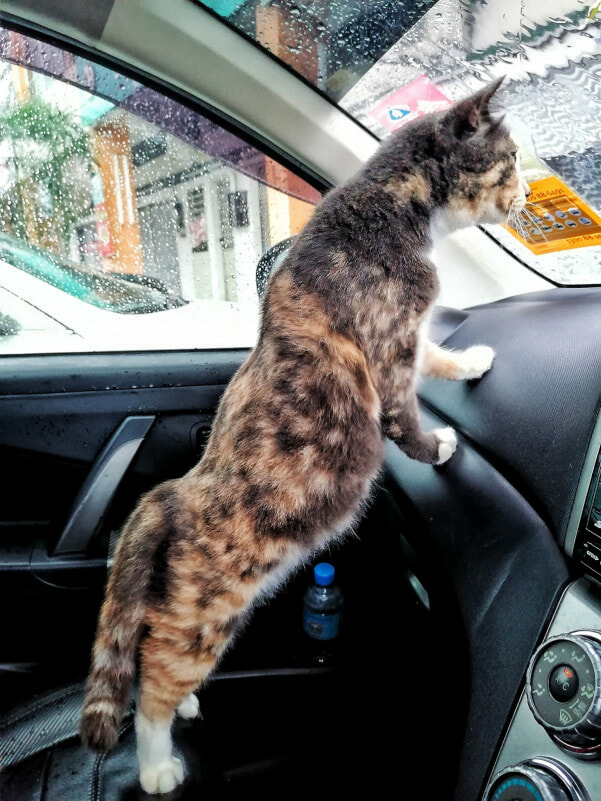 In the post that has gone viral, he reminisces and tells the story which happened two years ago in May 2019.

Ahmad and his friend were fishing in Kuantan and minding their own business when he saw a creature moving towards his boat at a fast pace. He initially thought that the creature was an otter but upon taking a closer look, it turned out to be a little kitty!

Speaking to WORLD OF BUZZ, he told us that he was confused at that moment but quickly moved to take his net and scooped the feline up.

The result was this amusing photo: 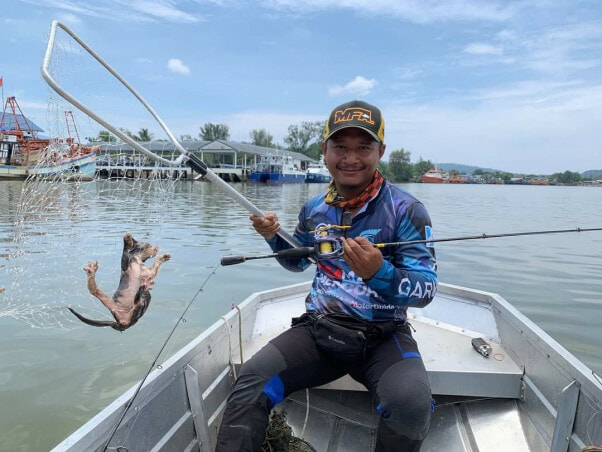 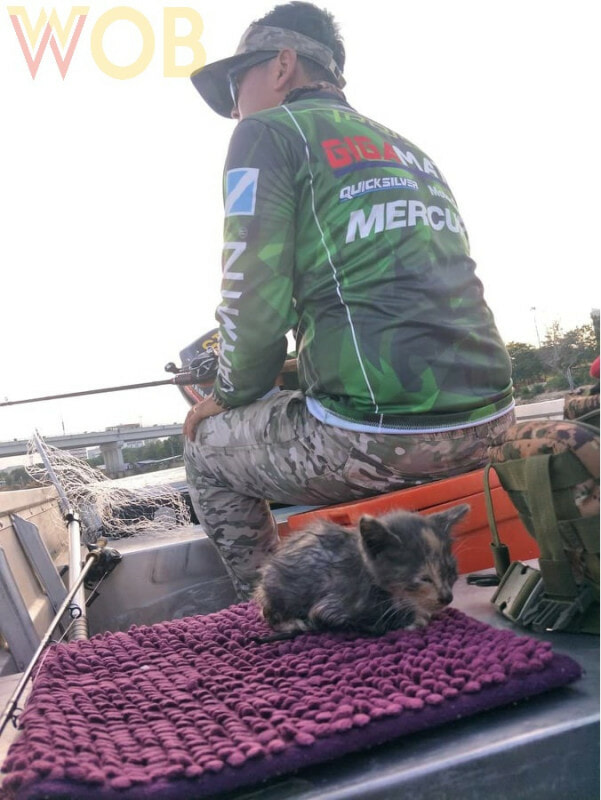 The female kitty was named ‘Sauk’ which means ‘to scoop’ in Malay. She was then brought home to meet the other cats and they instantly got along well. Fast forward to the present day and Sauk is a full-grown cat with a side of chonkiness. I mean, just look at her and how she splats on the floor! 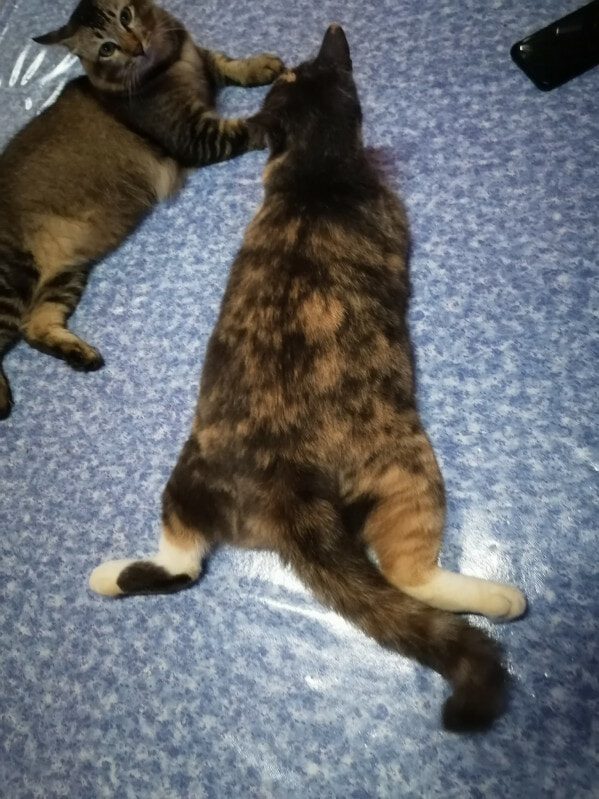 On an ending note, Ahmad told us that Sauk would like to say something to all the Malaysians out there!

It means ‘hello’ in catto language. 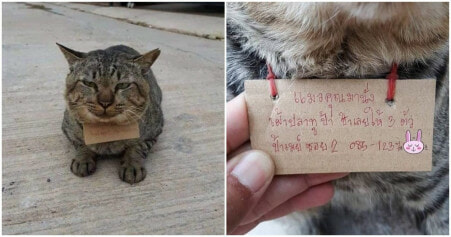