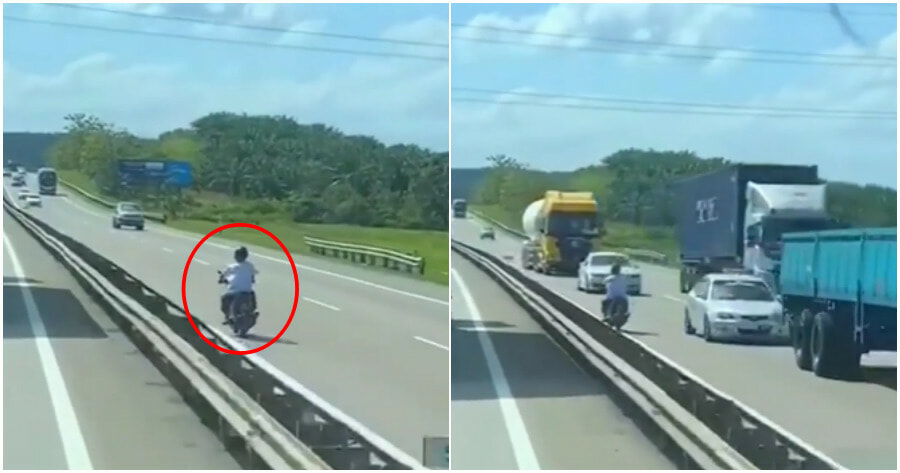 Anyone who drives or has just started driving would know that a thousand things could go wrong while on the road.

Maybe the Waze map is inaccurate, perhaps we made a wrong turn although the map is correct, maybe we mistake a motorbike cross-over bridge for a flyover, and maybe our desperate parking habits do not end well.

All of the above can happen by mistake. However, some things are less of an error and more intentional.

Recently, a video of an unusual occurrence on a highway was shared in the Facebook group INFO BERITA SEMASA. 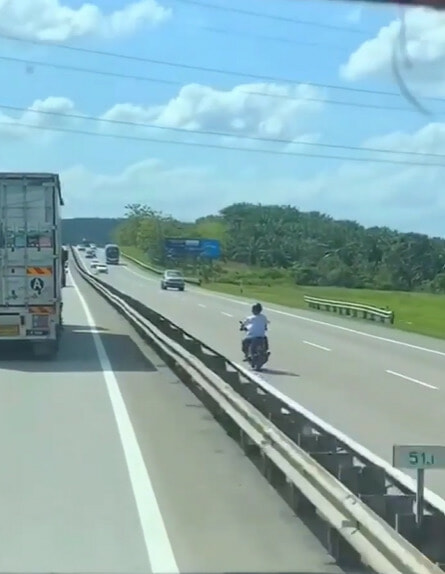 A man was riding his motorcycle on the highway, which in itself is already a bit strange.

But this man was riding his motorcycle in the opposite direction of traffic! Why would anyone put themselves in such a dangerous situation?

The man who took the video seemed to be in a lorry as he recorded the man on his bike from behind.

The man rode his bike calmly as all sorts of vehicles such as cars, trucks, a cement mixer and a double-decker bus whizzed past him. 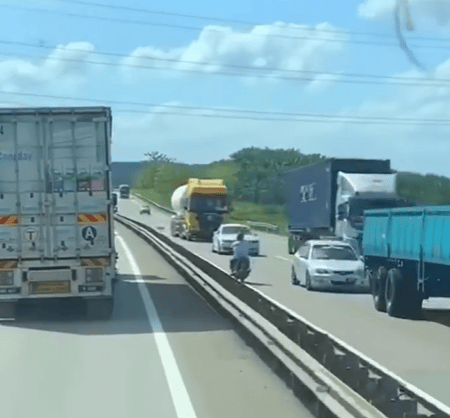 He remained nonchalant and unphased, cruising along the highway guardrail when one car even honked at him.

“What is happening to Malaysians?!” said the man who recorded the video.

Another netizen joked, “Is this still Waze’s fault? Whose fault is it?”

Can you imagine riding on a mere motorcycle and having those big trucks speed past you? So dangerous! 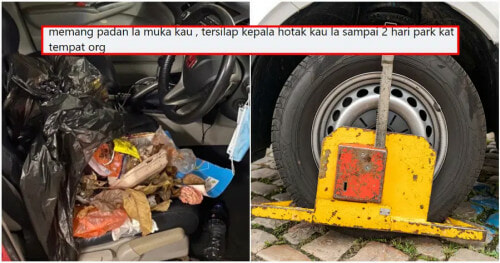