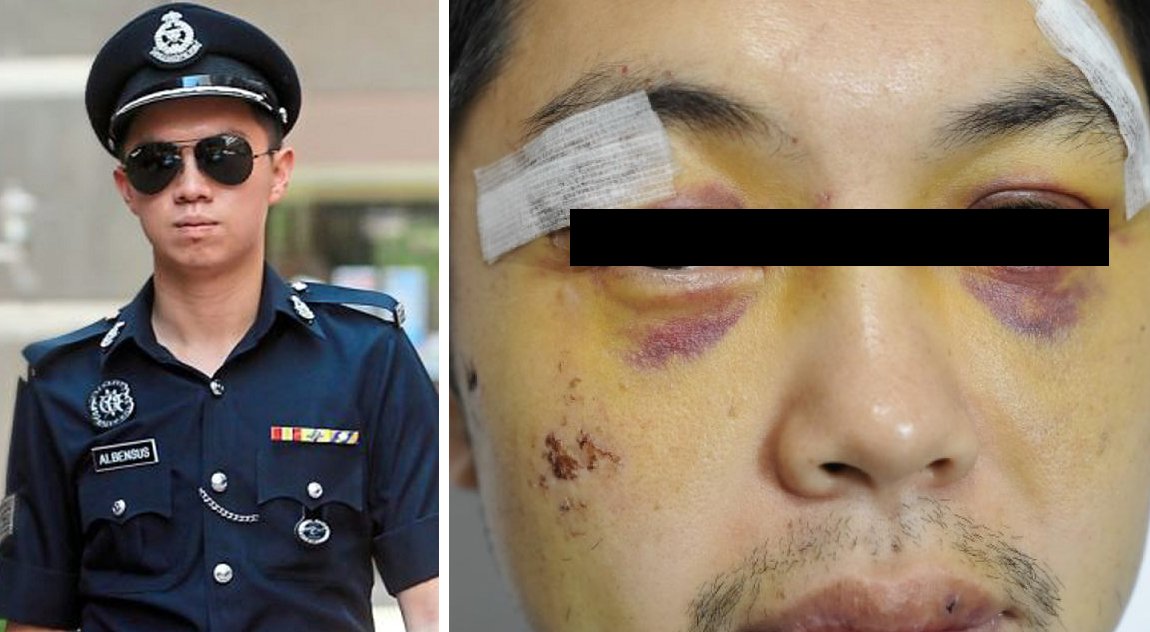 Disclaimer: Images used are for illustration purposes only and does not represent people mentioned in the story

Tan Chee Teik who got into an accident with another vehicle got beaten up by the aggressive driver and passenger. However, when he went to lodge a police report, he only realised that the assaulters were police officers from the exact police station!

The 31 year old mechanic got into a traffic accident at the roundabout in Taman Merdeka, Malacca at 2am on Wednesday involving another car.

The Star reports that Tan had offered to pay for the damages, but the 2 men turned aggressive and started beating Tan with an object.

Apparently there was a police car who stopped at the scene but did nothing to help Tan.

“A police vehicle arrived at the scene but they only watched as the two continued to attack me,” he said.

After the whole ordeal, he went to lodge a police report at the Batu Berendam station, but was mind-blown when the 2 men who assaulted him previously walked in the same station and were warmly greeted by their colleagues.

It’s only then when Tan got to know that the 2 men from the scene were actually cops.

Two days after seeking medical treatment for the multiple injuries sustained at Malacca Hospital, he went to lodge a second report for further assurance.

It was this second report that caught the attention of Malacca police chief Deputy Commissioner Datuk Ramli Din.

Tan shared, “I never expected the Malacca police chief himself to take an interest in the case but I am glad for his action.”

DCP Ramli has ordered the 2 officers (corporal and constable) involved in the traffic accident to be detained. The both men will be investigated under the Penal Code (Section 324) for voluntarily causing harm and Section 341 for wrongful restraint. The other 2 policemen who were at the scene and did nothing will also be investigated accordingly for failing to perform their duty.

DCP Ramli added that one of the officers that assaulted Tan was upset after his father’s recent demise. Regardless this is not an excuse for a public assault.

“The excuse is unacceptable. We have no right to assault anyone and I hope this will serve as a deterrent to those in the force.”

This seems like something that you see out of a TV drama where the bad guys are cops!