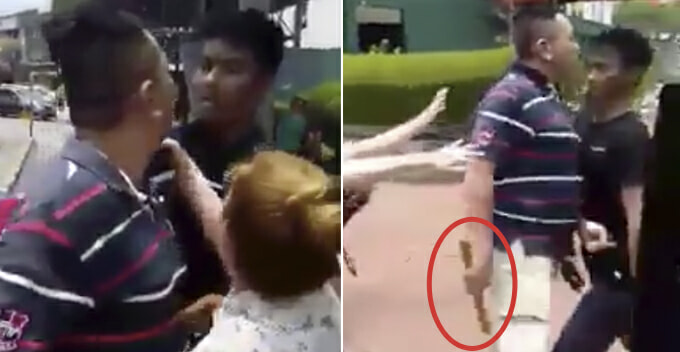 What’s up with all these hooligans nowadays?

Earlier today, a man went absolutely berserk after his car was clamped by enforcers in front of Cheras Leisure Mall. His embarrassing behaviour was recorded by onlookers and the video quickly went viral on social media. There you go… 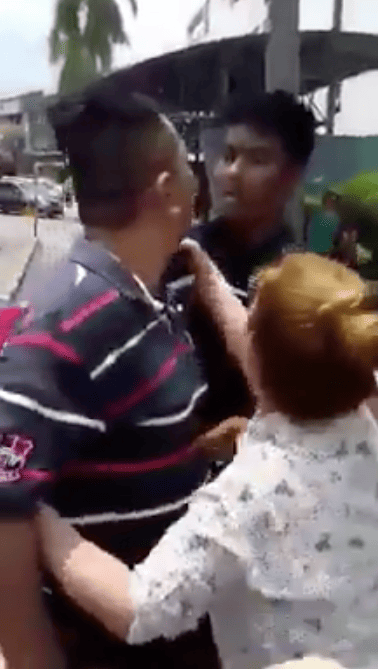 In the four-minute video, the middle-aged man was furiously pushing the enforcers from Dewan Bandaraya Kuala Lumpur (DBKL). It was reported that his silver Perodua Myvi was clamped due to illegal parking and he was also found driving against traffic flow into a one-way road.

Two women, presumably his family members, tried to hold him back but he was too emotional and became worked up. The enraged man even boldly challenged the enforcers to remove their uniforms and fight with him on the street. Seriously? 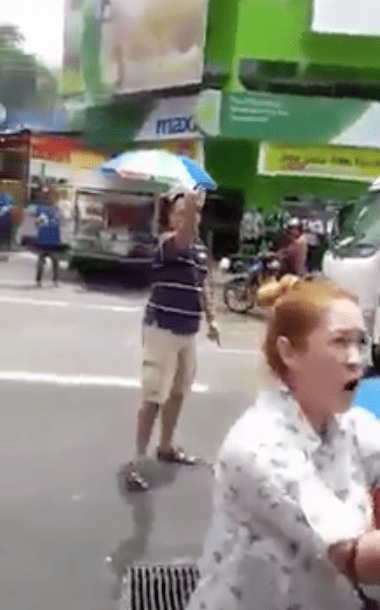 While the clamp was being removed, the man told the onlookers that he had only parked his car in front of the mall for five minutes. When he came out from the mall, his car was already clamped. But still, it’s your fault right?

When an onlooker advised him to calm down, he turned hostile and retrieved a stick from his car. He even threatened to hit the onlooker! Somebody give this guy a bag of chill pill! 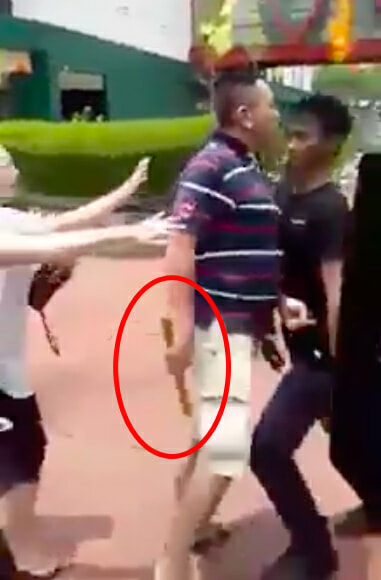 The drama only came to a halt when he drove away in his Myvi. It is uncertain how many people he had offended and challenged during the incident but one thing’s for sure – it was a total mess out there.

As expected, this video went incredibly viral and even got picked up by local news portals. Netizens slammed him for his thuggish behaviour and for being rude to the enforcers who were just doing their job.

“At the end of the day, it’s still your fault for parking at the wrong place. Although it’s just 5 minutes, your car could’ve slowed down the traffic of the entire road,” a Facebook user said.

“Of course you can act like a gangster when there’s no police around; but come tomorrow, police will knock on your door and you’ll spend who knows how long in jail,” another netizen commented.

It’s just a matter of time before the boys in blue pay him a visit and drag him to court. Severe punishment should be meted out to remind hooligans out there that challenging law enforcers is not a wise thing to do. 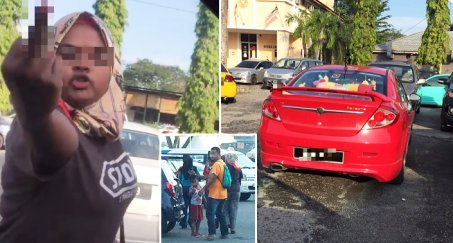