[Warning: The images in this article may be disturbing for some. Proceed with caution!]

A woman named Putu Careen experienced unbelievable trauma when her husband attacked her with a machete (parang) earlier this week on Tuesday (5th September). Her husband reportedly accused her of cheating on him and threatened her with the weapon. He ended up violently hacking at her legs right in front of their two young children!

When he was done, he instantly regretted harming Putu so brutally and quickly drove her to a nearby clinic. The attack was so awful that she had to have her left foot amputated. Her right leg was almost broken off too, since the hacking caused the shin on that leg to be nearly severed. 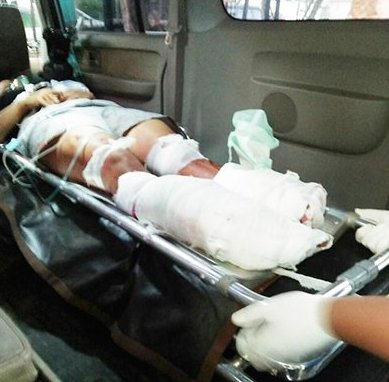 Her husband, identified as Kadek Adi Waisaka Putra, was arrested not long after bringing her to the clinic. He could face 10 years in prison for the assault.

The incident happened in Indonesia, and has since garnered nationwide attention for how gruesome the story is. 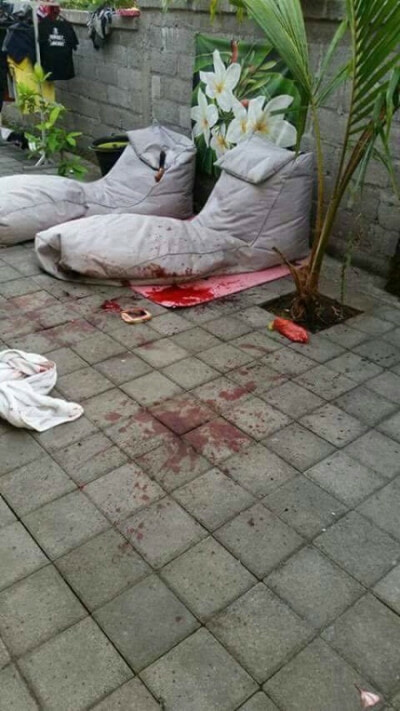 In light of the horrifying event, a GoFundMe campaign was launched on Thursday (7th September) to help raise money for Putu. The page’s admin, Rohan Leonardo, expressed that he was incredibly shocked when he found out what happened to his friend and housekeeper.

“Not only is this one of the most vile and vindictive acts of violence I’ve ever witnessed, the worst part is that in Indonesia, there is no welfare or government assistance for medical treatment of this kind,” Rohan wrote on the page. 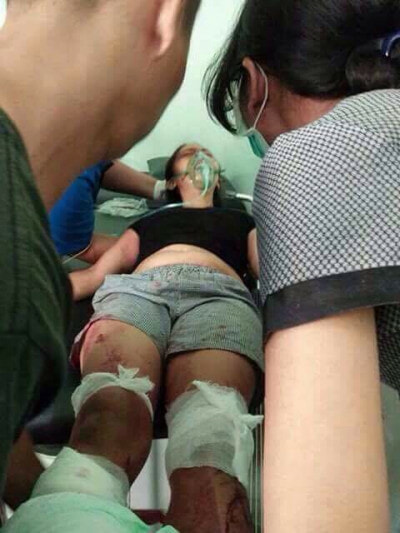 “This incident has left Putu without the ability to work to support her two children, pay for immediate medical treatment, prosthetic legs or obtain any kind of rehabilitation. All proceeds will be used for Putus expenses and all remaining money will be given directly to Putu to provide for herself and her children.”

“If you have ever had the pleasure of meeting Putu, you would know that she is honestly one of the most genuinely kind and caring people you could ever meet. I struggle to see how anybody could do such a thing to such a lovely human being.”

Despite the trauma she’s gone through, Putu’s spirits remain high and she’s doing her best to stay positive.

We hope Putu stays strong and keeps fighting, and that her children can also recover from this traumatic period in their lives.

If you’re interested in helping Putu recover from this ordeal, you can donate money to the campaign here.