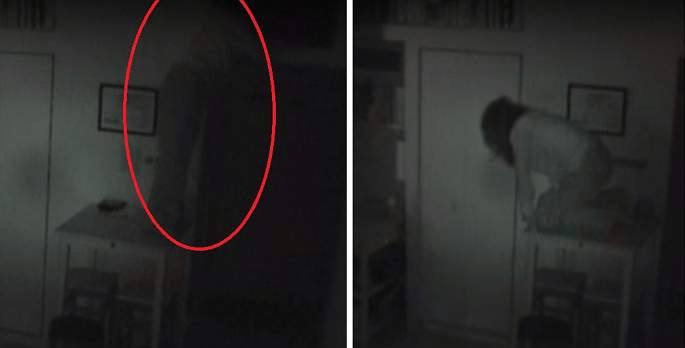 The video was posted back in 2009, but recently gained traction again after people starting sharing it very widely on social media. 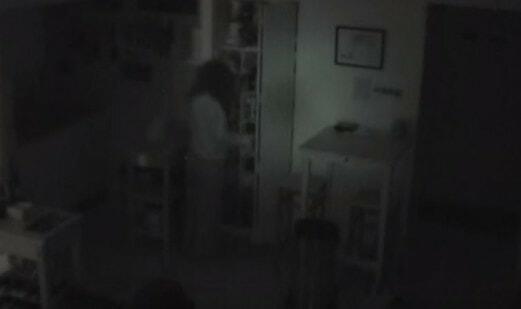 The case started with Joe noting some missing food around the house, so he asked his live-in girlfriend about it.

“So I kept on finding food missing in my apartment that I knew I wasn’t eating. I confronted my girlfriend who lives with me about it and she claims she wasn’t eating it”
– Joe Cummings, YouTube

Joe still didn’t believe her and intended to catch her by planting a hidden camera!

What he captured was honestly terrfying! Though not a ghost, he caught a woman crawling down from his attic.

As if that wasn’t creepy enough it’s confirmed that the woman has PISSED in Joe’s sink!

In his video, you can see a woman slowly descending from the ventilation duct. She ever so carefully makes her way to the kitchen while she grabs what she needs from his fridge. After she was done, she disappears from where she came from. 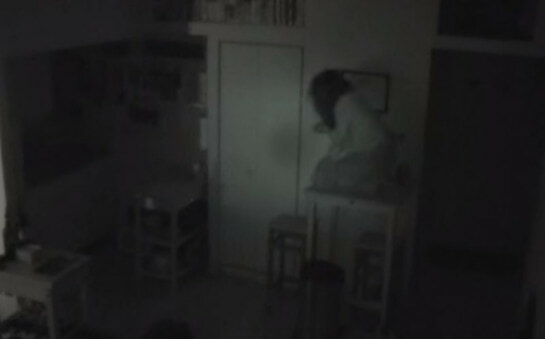 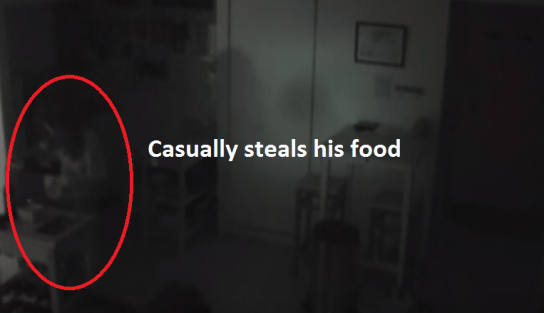 After he saw the footage, Joe immediately left his apartment and called the police. I can only imagine the horror he is going through.

After police came, they took her away and he didn’t know much about her as she talk throughout her arrest.

Joe also mentions that she actually came from a storage loft/area in the apartment.

“It has no connection to any outside ventilation or anything of that such. It does go pretty deep back in there, almost all the way to over the stove/kitchen area. She had set up a little nook for herself.” he wrote.

He also said, “the only way she could have gotten in is through the window, as I am on the top floor and there is a fire escape. The police think she was probably coming in to rob me when I was gone and decided to stow away in the crawl space. Supposedly this isn’t the first time the cops had come across something like this.”

It was harrowing to note that she ‘lived’ with him for at least a couple weeks or longer.