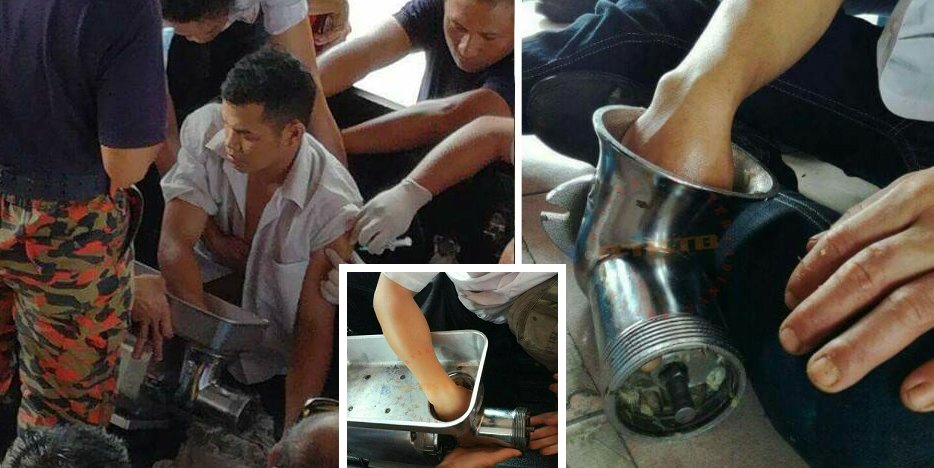 Disclaimer: Disturbing images are included in this article

A man had accidentally gotten his hand stuck in a meat grinder. The incident took place at 11AM on October 27, 2016 in Bintulu, Sarawak.

Several gory pictures of the painful incident was posted on social media showing the man’s hand inside the grinder while firemen came to his aid. 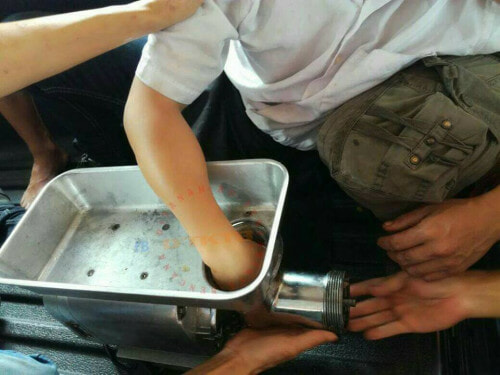 The 22-year-old man known as Irwan lost two fingers in the freaky incident. Besides that, the poor Indonesian man almost lost a third finger too as it was almost completely severed.

According to the Head of Bintulu Fire and Rescue Department, the unfortunate man had gone to the fire department all on his own with his hand still stuck in the machine.

“Rescuers took about 40 minutes to get the hand which was stuck out by cutting the machine apart. The victim was then sent to Hospital Bintulu by ambulance for further treatment,” the Head of Department said.

It’s said that the unlucky man works in a restaurant where the accident took place. 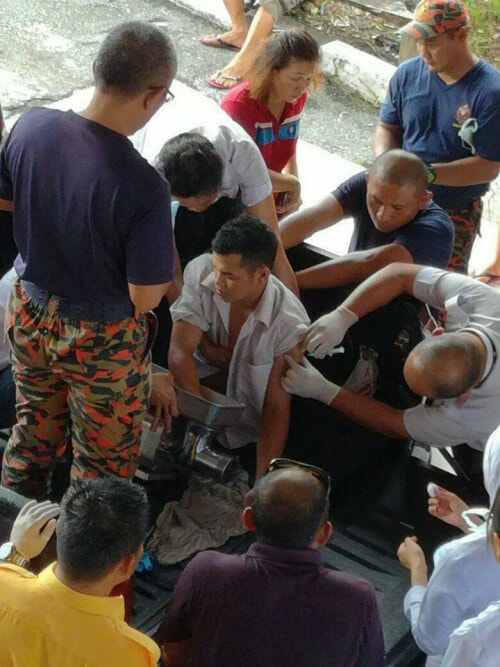 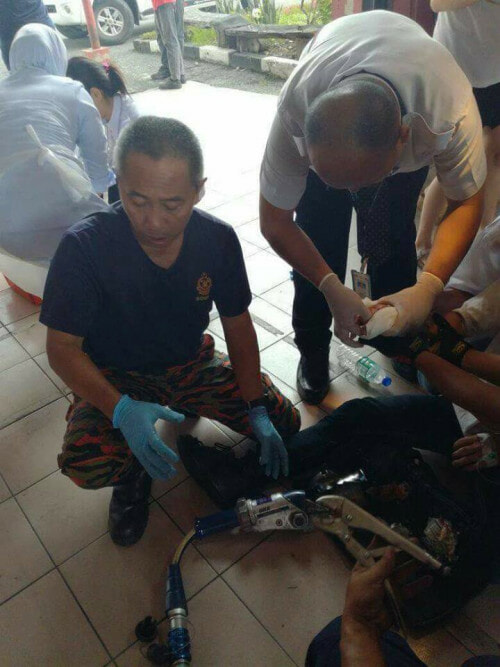 In a separate event, another man had hurt his entire hand when it slipped into a coconut grinding machine. From the photos, his hand was so severely injured it looked like it was in pieces. 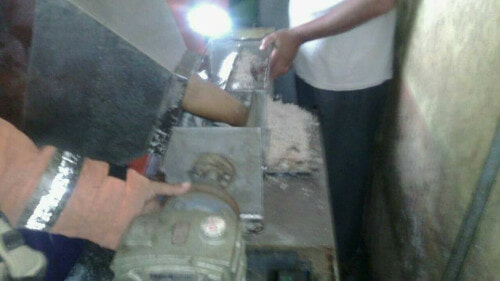 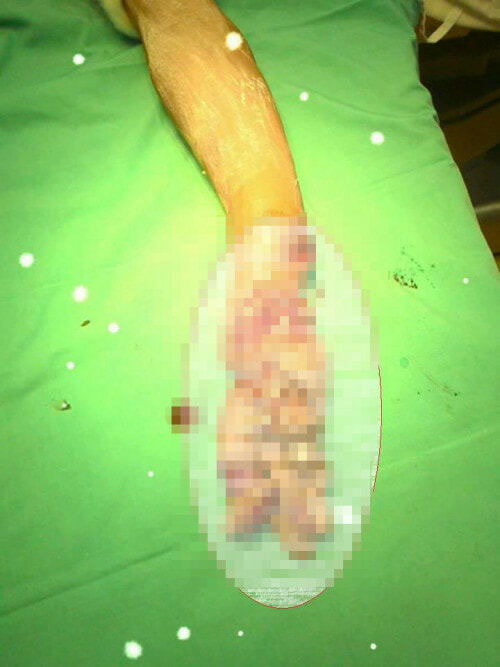 This incident took place in a small shop called Kedai Segor Sokmo located in Pasir Panjang, Kuala Terengganu. No further information has been provided as of press time.

This goes to show how important it is to be careful in everything that we do.