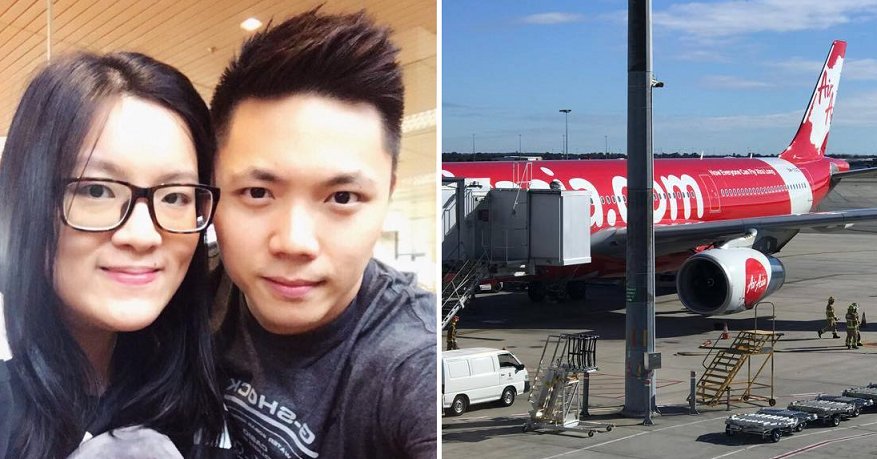 Over the weekend, an Air Asia X flight bound for Kuala Lumpur from Perth experienced a rather serious technical difficulty that got the whole plane shaking violently. The 359 passengers onboard feared the worst – that they were not going to make it safely back on land. Thankfully, they did!

Well, we reached out to one of the passengers onboard the troubled flight, Joshua, and asked him to share with us the terrifying experience.

He tells us, that the day started off normal – just like any usual flight. Him and his wife boarded the plane without any problems, and the weather was even near perfect.

“I thought inside my heart, what a good day to fly.”

“A little over an hour into the flight, there was suddenly a big bang and the plane started to shake/vibrate unusually. At first, I thought it was turbulence, but when I looked out of the window, the weather was very nice so I thought it was a bit unusual for this kind of severe shaking. Just a few seconds in, I smelt something burning. Captain called for us to put on our seat belts and asked the crew to fasten theirs as well.”

The unusually bumpy ride got everyone panicking. The passengers started to discuss among themselves what were the possible situations that they were currently facing.

“A few minutes later, the Captain announced that there was a failure with one of the engines (the one next to our seats) and there was nothing he could do to stop the vibration, hence he made his call to head back to Perth. Then, he asked us to pray for the situation as he already prayed for God to bless us.”

That was when the passengers realised the extent of the trouble the flight was facing.

“It is absolutely unusual for a captain to ask us to pray for any problem a flight might encounter. I tried to stay cool and prayed with my wife.”

Joshua reveals how terrifying the situation was. Although he had thoughts that the plane would not make it, he tried his best to remain calm. He could see that the plane was slowly descending and not long after, the Captain asked the cabin crew to brief the passengers about the emergency landing procedure.

“The cabin crew explained to us about the ‘brace’ position, which we’ll have to do whenever we hear the captain calling for ‘brace’.”

Emotions were high during that very stressful time. You could even hear cries from passengers in the cabin, as everyone was preparing for the worst.

“When it finally came to landing, the captain called out, “BRACE, BRACE, BRACE”, so we quickly got into position and was expecting a rough landing… But guess what, the landing WAS NEAR PERFECT!”

Amazed at the pilot’s skills, Joshua even mentioned that the landing was no different than any other landing.

“I would personally say, it was better than average! You can imagine the sheer joy of everyone in the plane. The whole plane clapped and shouted out of joy.

“As we walked out from the plane, the captain was standing at the exit to apologise about what had happened and I could even see his eyes were red. I went forward to shake his hands, patted his shoulder and said “Thank you, Captain. Well done!”

Joshua express his sincerest gratitude to the captain.

“In his [the captain] speech he said he never encountered something as serious as this in his 44 years of flying. He made all the right decisions. His skills and experience were top-notch!”

Joshua went on to say that despite international media or netizens criticising the captain for being unprofessional or for lacking skill, the 359 passengers onboard that day thought otherwise. Almost all of them hailed him as a hero! 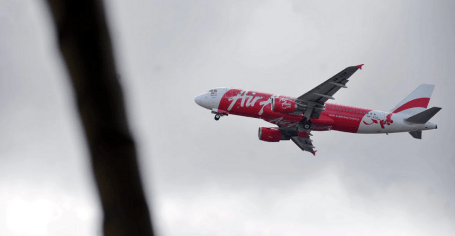