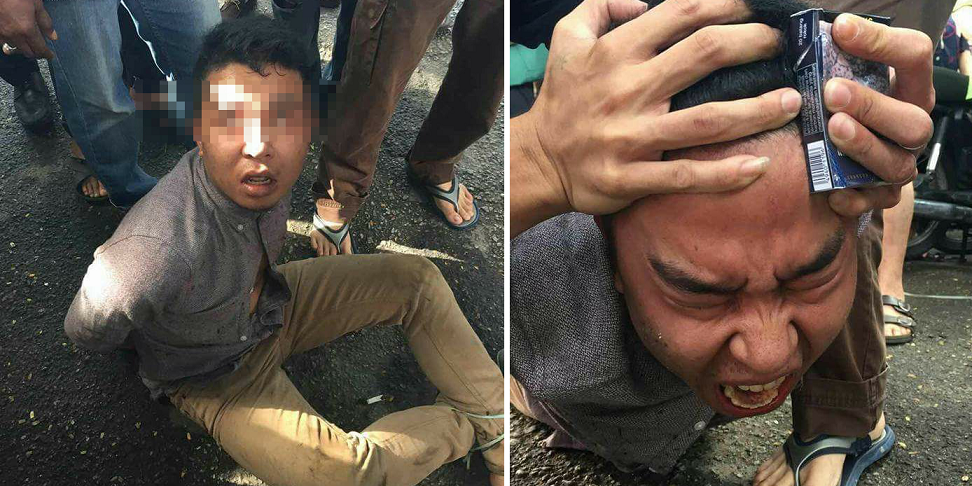 Recently, a 25-year-old man was caught red handed for attempting to snatch a lady’s handbag.

After the law-breaker was brought to the police station, his own parents arrived to possibly bail his ass. But to everyone’s surprise, his mother flung a chair at him in anger! Drama, sial…

He described how he was having breakfast with his friend (the victim) when the incident took place.

From the victim’s perspective, she told the police,

“I continued to eat but all of a sudden the man came and tried to snatch my handbag.” 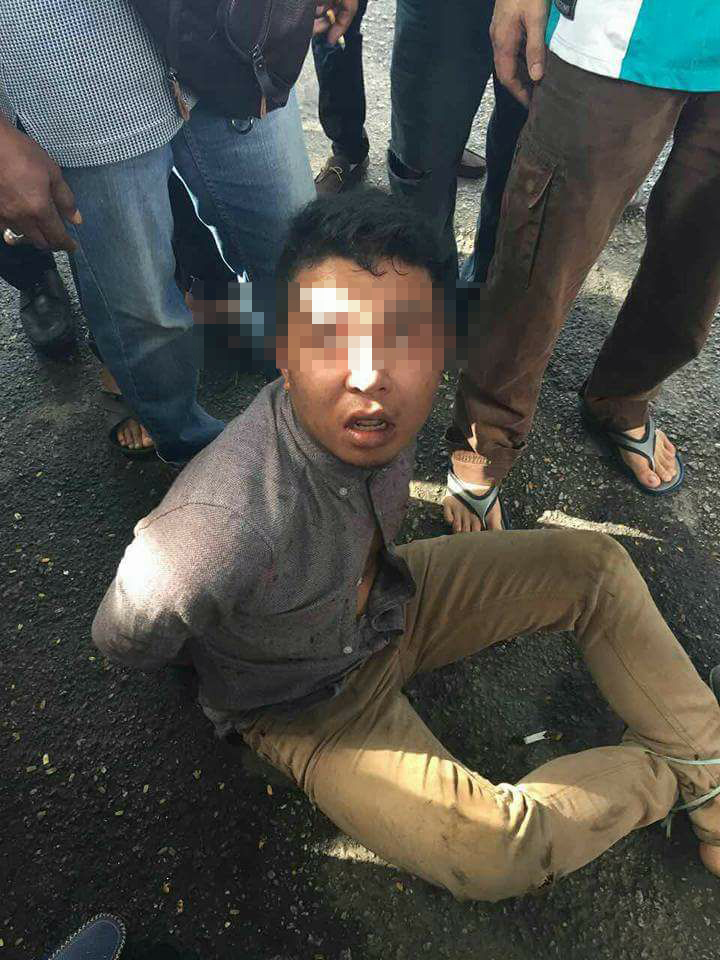 However, the 25-year-old suddenly noticed Ah Phang and tried to run off but he was unsuccessful. The snatch thief was caught by him and other passersby. 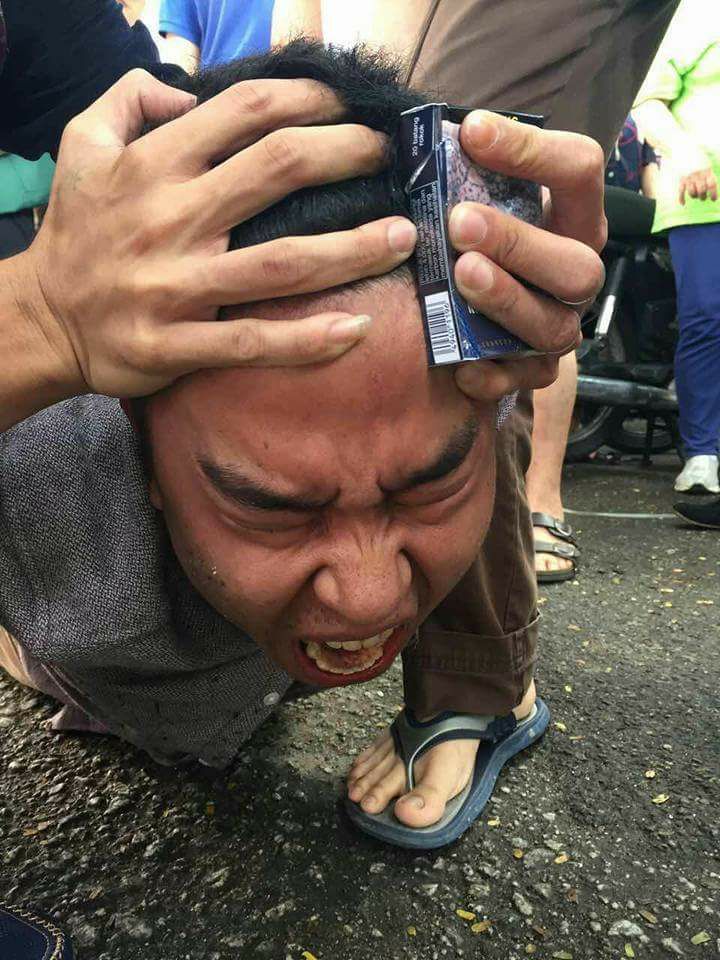 In the Facebook post, Ah Phang expressed his surprise. He thought snatch thieves were generally poor (hence leading to them stealing) but he later realized that he was very wrong.

“After sending the robber to the police station, his parents arrived in an Alphard!”

“The mother even told the police police that her son actually works as a contractor by day and opens a Western food shop at night. The son also owns another shop.” 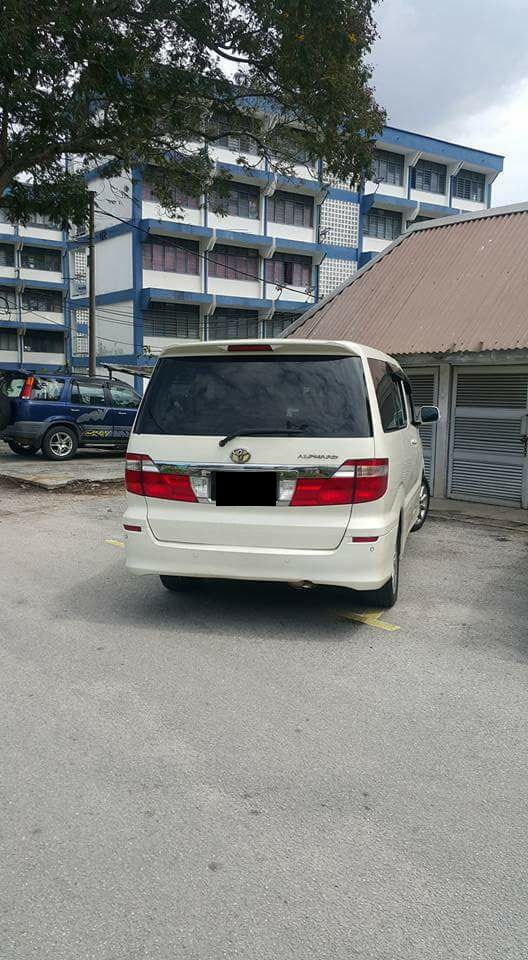 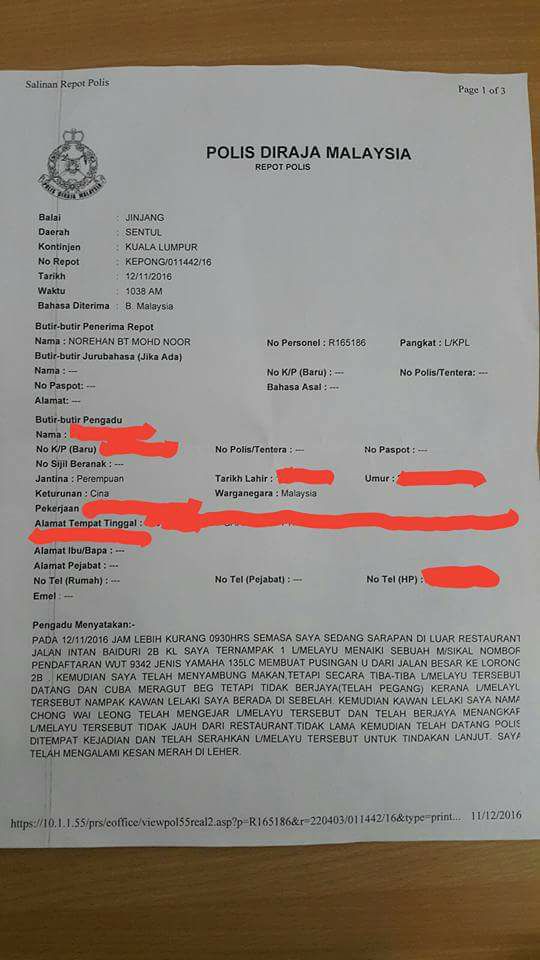 But it seems this wasn’t the first time the 25-year-old made an offense against the law.

“The police also told us that the robber has a lot of cases.”

When the mother saw her son in the police station again, she was so infuriated that she flung a chair at him.

“When the mom saw her son, she immediately took a chair and threw it at him. Scared all of us pulak.”

Meanwhile, the father kept on apologizing on his terrible son’s behalf.

Thankfully, the victim wasn’t injured except for slight laceration around her neck area. Ouch! 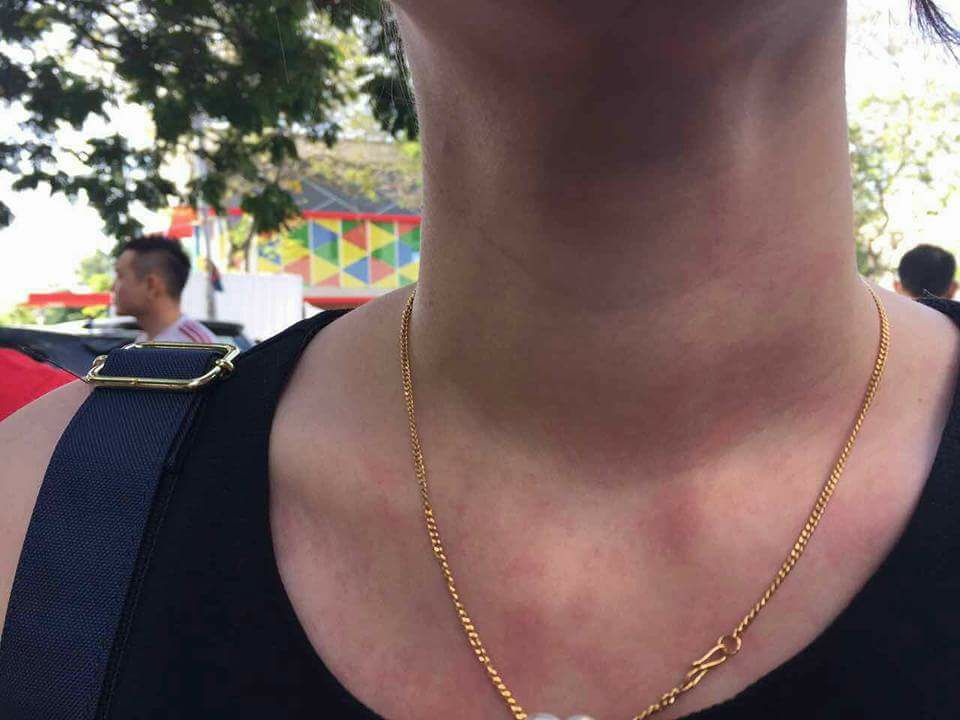 People mentioned that thieves who come from a wealthy background usually do it for the thrill. Other speculated that the son may be stealing money to buy drugs.

Either way, we hope the man has learnt his lesson. As for the mom, keep doing what you do!