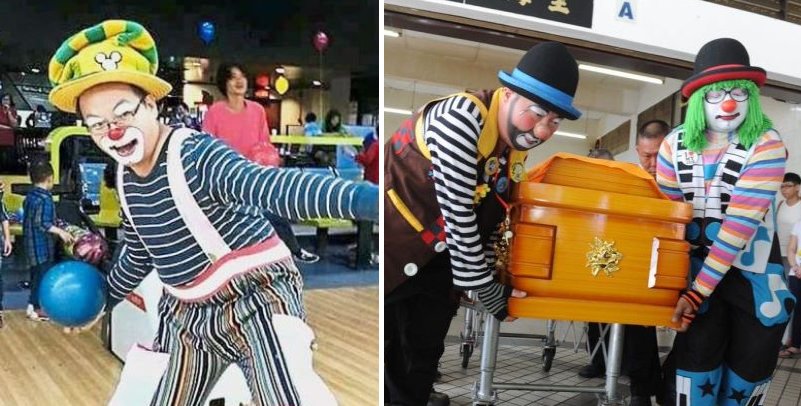 Choi Hon Ming was one of the innocent bystanders that was killed a stray bullet from the bodyguard who shot his ‘Datuk’ boss, who was later confirmed to be the head of ‘Gang 24’.

Hon Ming was a professional clown, who attends children’s parties and other entertainment events, bringing joy and laughter to all. Unfortunately, his spread for smiles had to come to a tragic end.

His dad, who is 75, lambasted the gunman for killing his son.

“Why did the bodyguard shoot my son who was not involved in the argument with his boss? He had no right to shoot anyone, let alone my son.” 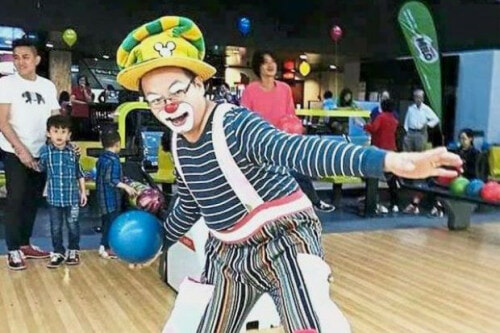 Hon Ming’s dad further slammed the bodyguard, saying that he should “leave innocent people out of his rampage” because those people do not deserve to die.

“I am devastated by my son’s death. Hon Ming was a young man with much talent who had a bright future, but his life came to a premature end” 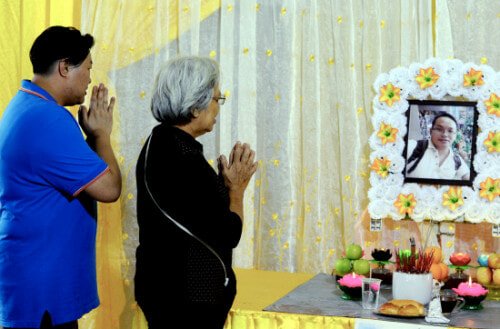 Hon Ming built his career at Parteeboo. His coworkers were shocked hearing news of their friend’s passing, so much so they decided to bid him a farewell fit for any clown.

They dressed as clowns and released 32 balloons into the air – 32 as a representation of his age. 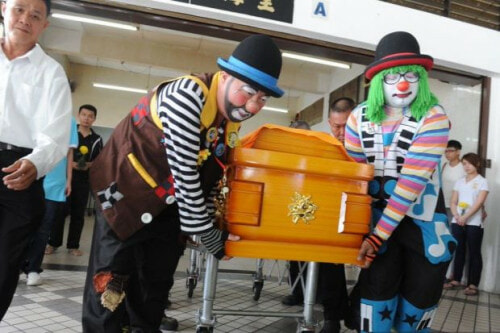 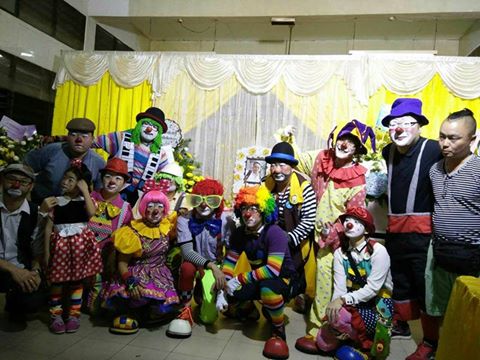 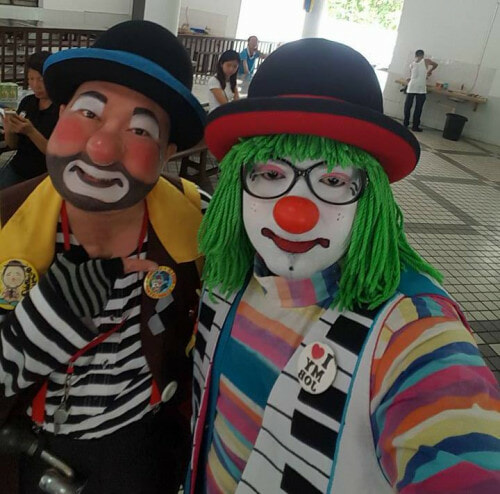 His funeral was also attended by his fiancee, who is currently a nurse in Saudi Arabia. She was visibly extremely distraught over his death.

The pair was set to marry December 2017. 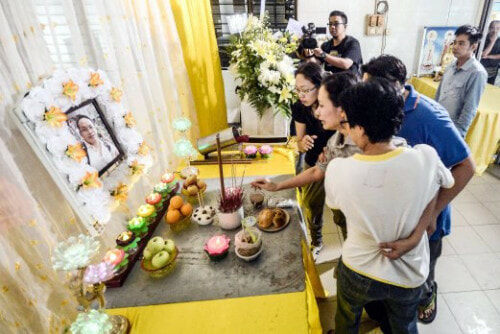 Her eulogy to him was heartfelt and tug at many’a heartstrings. They were clearly in love and she was very upset that her goodbye had to be said in this manner.

“I just want you to know that I love you very much and may you be an angel up there. You are a good person and I am thankful for having you in my life” 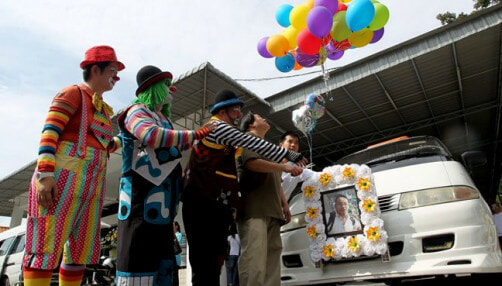 His boss, Loey Lew, said it is still hard for him to accept Hon Ming’s death.

“His stuff is still in our office and it is hard for us to accept that he will no longer be with us. May you rest in peace my dear friend. You will surely be missed”

Around 100 people attended Hon Ming’s funeral, according to The Star. The 4 people who were injured have been reported to be in stable condition.

Friends, family and even Malaysian netizens alike shared expressed their grief of the clown’s passing, where someone who had spread joy could end up in such tragedy. Just because he was at the wrong place at the wrong time.

World Of Buzz would like to take this opportunity to send our thoughts and condolences to Hon Ming’s family and friends.