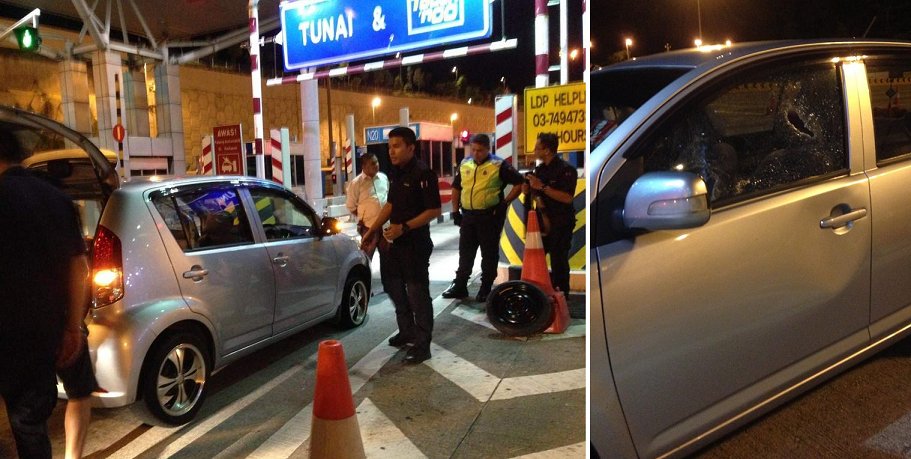 Crime rates in Malaysia is seriously getting worse everyday. Just recently, a girl shared her terrifying experience where she and her boyfriend had to flee for their lives after being attacked by 8 people on 4 bikes.

“I never thought something like this would happen to me!!!!!

Yesterday night, my boyfriend and I were nearby Tasik Kelana Jaya’s parking lot using WAZE, when suddenly 4 motorcycles came out of no where!

Each of the bikes had 2 person on it, so it’s a total of 8 people who surrounded our car. Feeling ‘not right’ about the situation, we quickly put the car in reverse trying to escape.

They hit our window non-stop, and even kicked the car. They kept yelling for us to get down the car.

During a turn, we accelerated and accidentally hit one of the bikes. We desperately tried to escape and sped all the way through LDP highway. But they wouldn’t stop chasing us!

One of them threw us a death stare and shouted for us to stop the car. Another pair was holding a very big piece of rock and a motor’s plug adapter to break my side of the window! It actually smashed the window! Luckily it didn’t hit my head, just the metal plug adapter landed on my boyfriend’s hand. 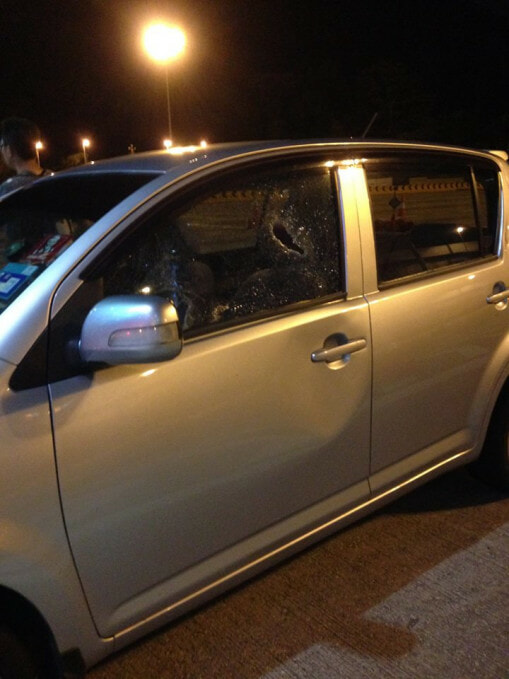 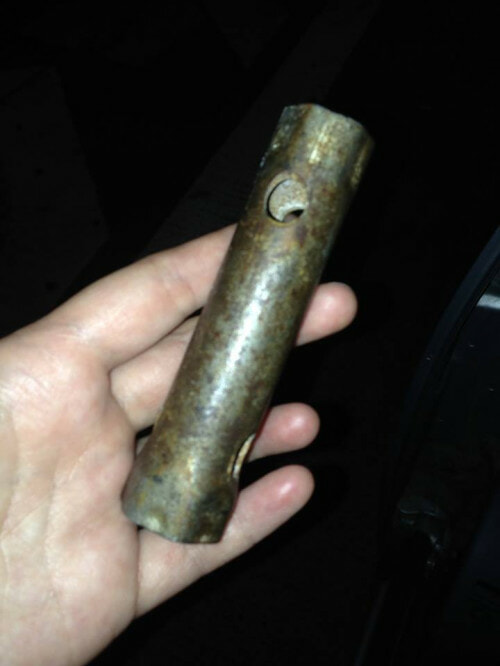 Anyway, maybe it was when we hit one of the motors before, our tyre was busted. We were still running for our lives in LDP highway, but the car can’t move anymore. The steering wheel was about to lose control and so my boyfriend hit the brakes. Maybe the two other motorbikes thought we wanted to hit them, so they escaped by exiting around KDU college.

However, the other 2 bikes kept chasing us. I dialed 999, and they told me to calm down. The police told us not to stop, and gave us directions to one of the police stations. But our car wasn’t able to move any much longer, one of the tyre is already damaged with only the rims running. 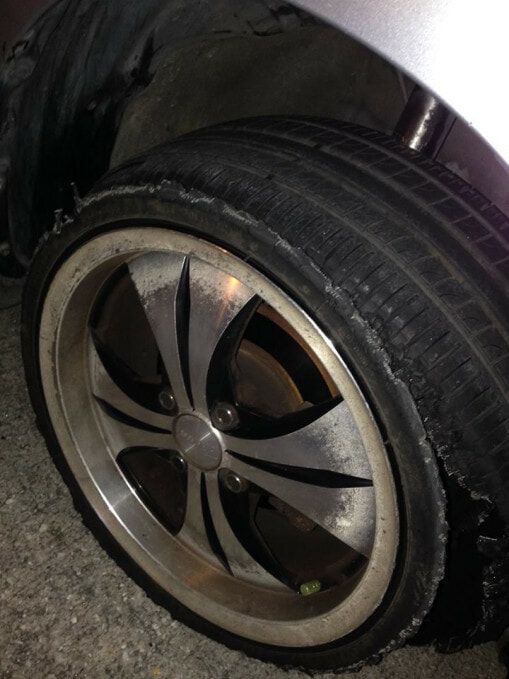 At that point I felt hopeless and thought ‘we’re doomed’. We were almost reaching 1Utama, and the police finally called us back, telling us to head towards Kepong Tol.

The 2 bikes finally left LDP highway, but I was still worried that they’d catch up to us so we continued driving. After reaching Kepong toll, we thought there’d be police officers, but there’s only 1 security guard. 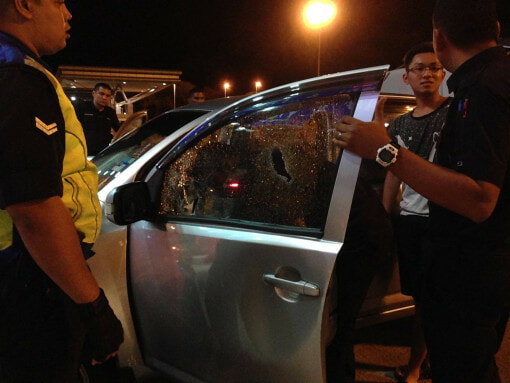 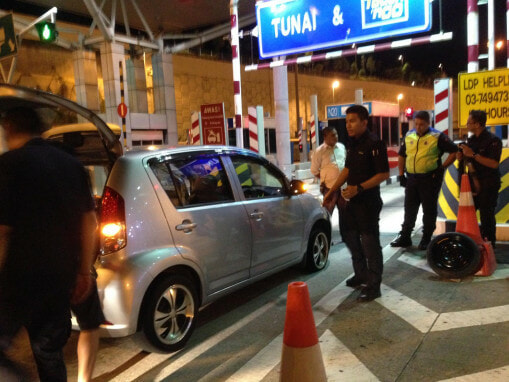 The security guard and one other kind person helped us. They were on alert if the motorcyclists would appear and stayed by our side till the police came. After 10 minutes, the police reached, but they didn’t do anything, only asked about the incident, then headed off. In fact, the security and the kind person was the one who waited by our side till the tow truck came. 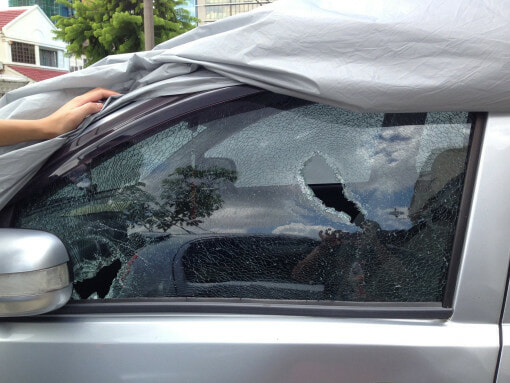 Just a reminder when you’re out at night, always be super careful!”