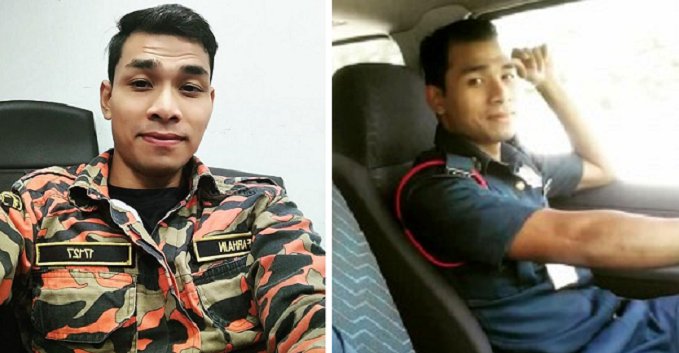 One way to set a girl’s heart on fire? Be blessed with smooth vocals. This fireman has certainly got it down. His good looks sure helps a lot as well!

Nursyafiq Farhain went viral for his swoon-worthy vocals after a video of him singing a favourite local hit, Mimpi Yang Pulang, was reuploaded on YouTube from the singing app, Smule.

After the video spread like wildfire, the fireman’s identity was swiftly discovered and it turns out he’s the son of legendary Malaysian 1990’s pop singer Saleem. 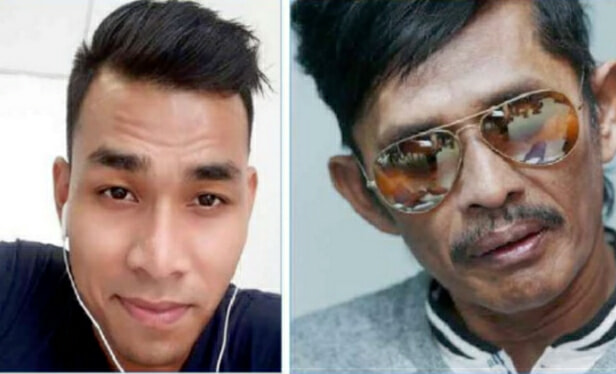 In a recent interview with Harian Metro, the 23-year-old said he did not expect a video of him singing to go viral on social media. You know what they say about men in uniform!

“I sing only during my free time but I was not aware that I have gained the public’s attention, at least not until I was informed by a friend.”

Nursyafiq also said that he was only doing it for fun and had no intention of trying to gain popularity. 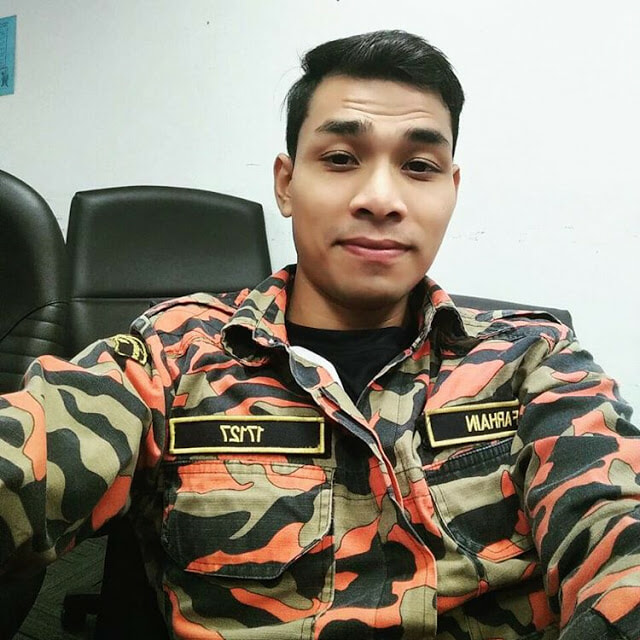 “I have no intention to ask people to share my singing video because I really like to sing,” said Nursyafiq.

Buuuuut, becoming an overnight social media sensation does have its perks.

“I’ve received messages from many women asking me out on a date, so that they can get to know me better. I have yet to give them an answer or agree to go out with them as I don’t know them well,” he said. 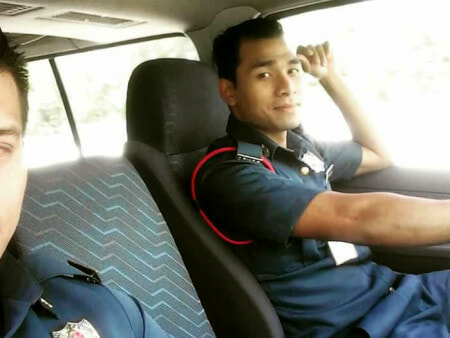 Nursyafiq clarified that he has no intentions of following his father’s footsteps even though he inherited his talent.

“I’m not thinking of participating in any singing reality television show because I’m only doing it for fun. I have no plans to become a singer like my father,” he added.

“Since I was a boy, I have always wanted to be a fireman to save people’s lives. Singing is just a hobby. I will never swap,” he said. 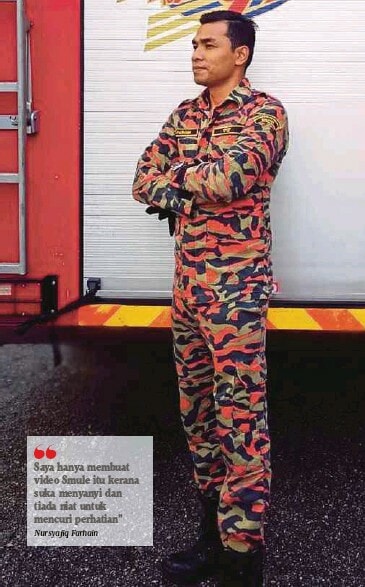 Nursyafiq also revealed that his singing talent is being put to good use as he has recently joined a band consisting of members from the fire and rescue department known as Fire Fingers JDT and have been performing at official department events.

If there’s suddenly a lot of houses burning down, you know why lah.