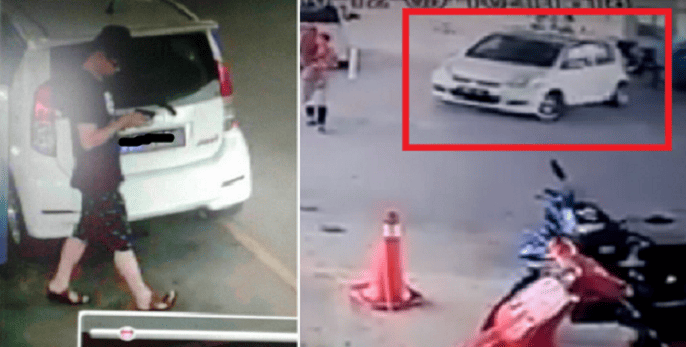 Hit and run cases are pretty common. But one random morning, a rather unique case took place in Puchong.

Nur Hazeyrah posted a few pictures and CCTV footage on social media regarding an accident that happened on her friend. 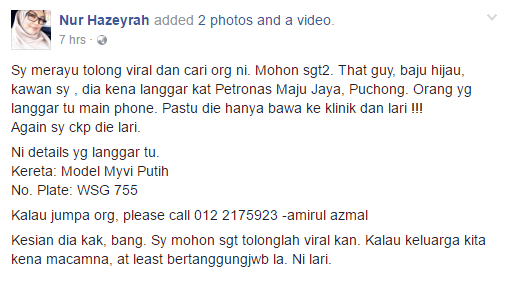 According to Hazeyrah, her friend who’s in a green was hit by a Perodua Myvi at about 10am at Petronas Maju Jaya in Puchong. The culprit was responsible enough to send the victim to a clinic but took off right after that. Hazeyrah posted this incident on Facebook hoping that netizens can help to find the driver.

Based on the CCTV footage, the victim was walking back to his motorcycle after making payment at the counter. However, the reckless driver who was on his phone ran over the victim’s leg. He stopped the car immediately after that. 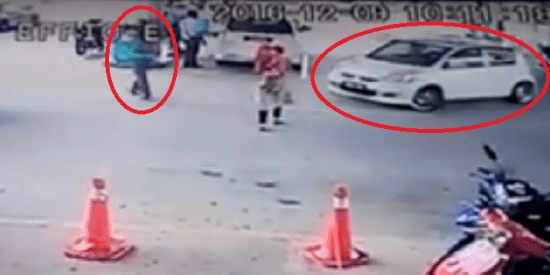 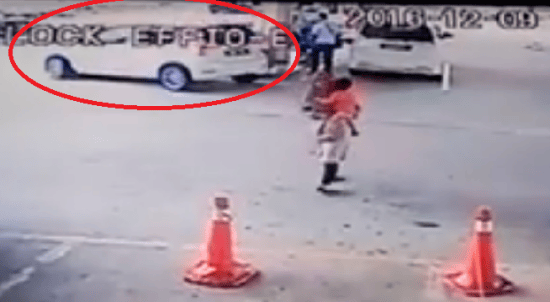 Fortunately, the driver was humane enough to send the victim to a clinic for treatment.

However, instead of lodging a police report, the driver took off right after that, leaving the victim at the clinic. The victim was said to have sustained serious injuries to his leg.

The CCTV footage revealed that the culprit was driving a White Myvi. 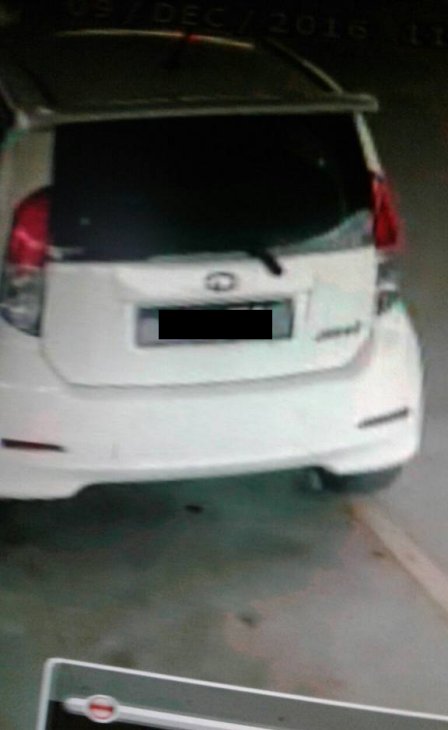 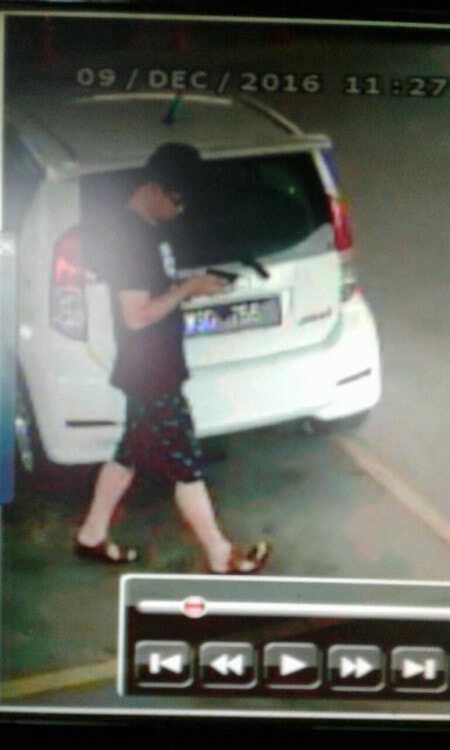 “Pity my friend, please share this post and make it viral. How would you feel if the victim was your family member?” said Hazeyrah.

Of course, this accident would have been avoided if the driver hadn’t been focusing on his phone – and there has been a whole lot of accidents like this already. Remember guys, no matter how good you think your multitasking skill is, using the phone while driving is always a big no-no.

After a few hours, Hazeyrah updated her post informing everyone that the case is now solved and thanking everyone who helped locate the perpetrator.