“It’s killing for sport,” said the man from Jurassic World, about the genetically-modified dinosaur that was terrorising the park.

Well, it looks like the Rimba Kiara park in TTDI too, has its own monster in the form of a human, that’s terrorising the park residents.

“The archer who injured a monkey and killed a monitor lizard is being hunted. On the insistence of animals lovers all over the country, the Malaysia Animal Association will make sure to bring the perpetrator to justice. The Malaysia Animal Association is offering a reward of RM5,000 to whoever steps forward with complete information on the identity of the cruel perpetrator. 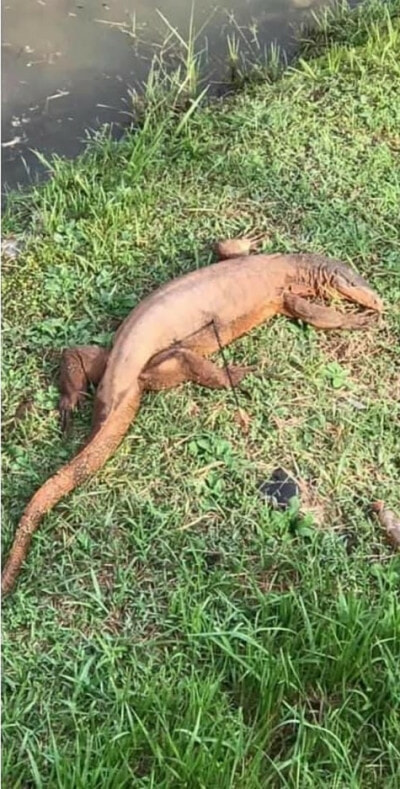 “This heinous incident was reported to have occurred at the Rimba Kiara park, Taman Tun Dr Ismail, Kuala Lumpur, two days ago. A monkey looked miserable after an arrow pierced its tail, and the monkey didn’t die, it just suffered in pain. Another monkey was shot dead.” 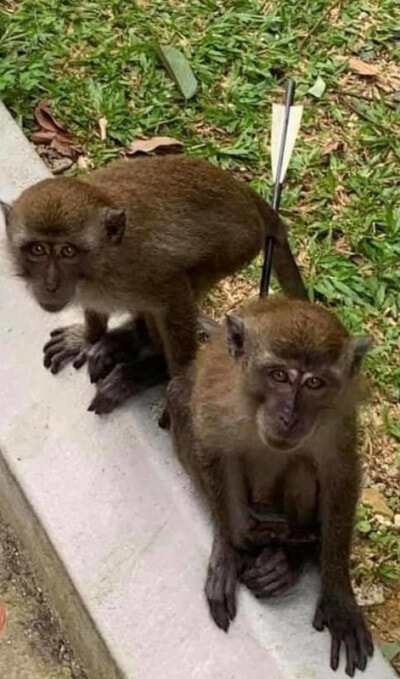 It’s unsure as to what the perpetrator’s motives are but whoever it needs to be stopped before they hurt and kill more of these innocent, helpless park residents.

No animal should be harmed in the name of entertainment and sport.

Also read: Malaysian Woman Follows Her Cousin To Dump Pet Cats and Records It On Instagram