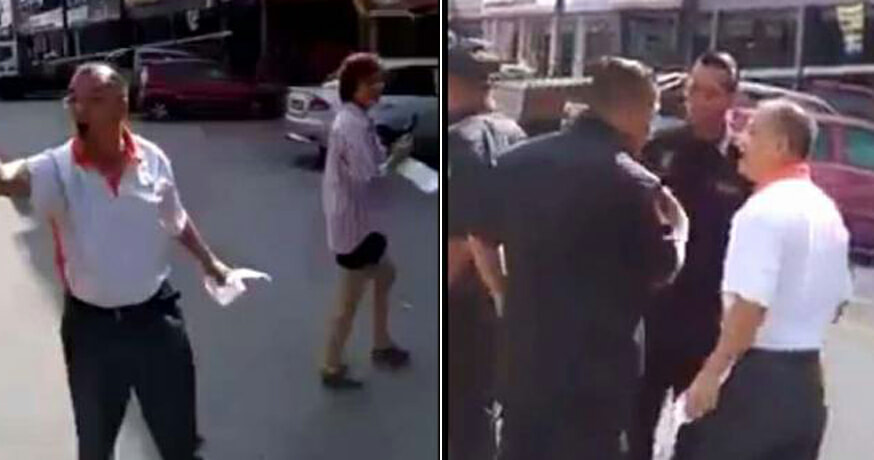 Getting a piece of paper stuck onto our windshield will automatically send a sigh out from our mouths every time. Oh, summons.

Well, as we all know, Malaysians aren’t the best when it comes to parking. When we receive a ticket, just accept your fault lah! Unfortunately, not every Malaysian can handle such a situation well.

Recently, an argument got really out of hand between a man and a few law enforcement officers over a summon issued at Jalan Sentosa 33, Klang, China Press reported. 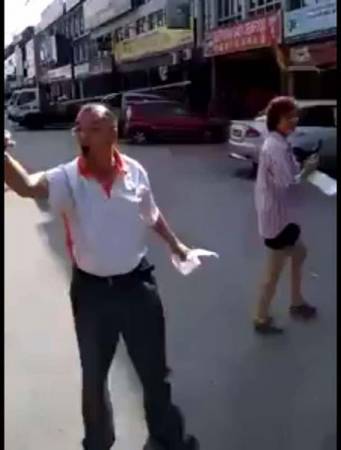 The video clip of the incident, which was circulated on numerous social media sites, showed a pair of middle-aged men having a dispute with several city council law enforcement officers by the roadside over a summon issued to him. Offensive words exchanged among both parties could be heard from the video clip, along with some physical contact in a negative light.

The middle-aged man stood by the roadside and shouted towards the law enforcement officers in the van. Around three to four officers got down the van to reason with him, explaining why they had issued a fine to him. However, things were not carried out peacefully as crude remarks were made towards one another. 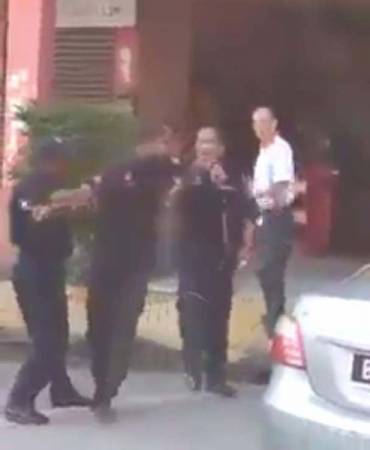 A merchant mentioned that this incident had happened on December 13 last year but recently came to light on social media.

“The man in the video is one of the nearby shop owners and had parked his car opposite a shop. The law enforcement officers stated that he had parked his car at an illegal spot. Therefore, the fight broke out between the two. I am unsure of the details of the incident,” he said. 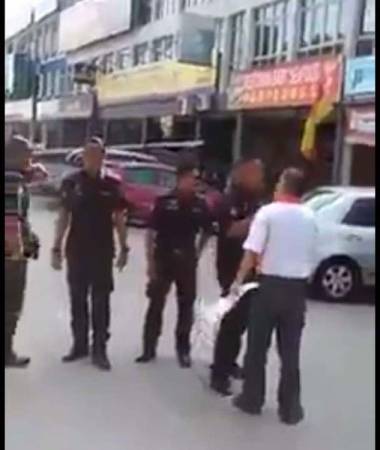 The video clip sparked a heated discussion among local netizens. Many stated that the law enforcement officers should not have thrown insults towards the man, while some said the man should not have gotten so fired up to shove rude comments towards the officers. Two wrongs don’t make a right!

Klang City Council Corporate Communications Director Norfiza Mahfiz said that they will not tolerate any irresponsible law enforcement officers that pose as a threat to the public, according to Harian Metro. She said that the City Council has been notified of this incident, and will launch an investigation soon. Any law enforcement officers that are found to behave in an improper manner will be punished. 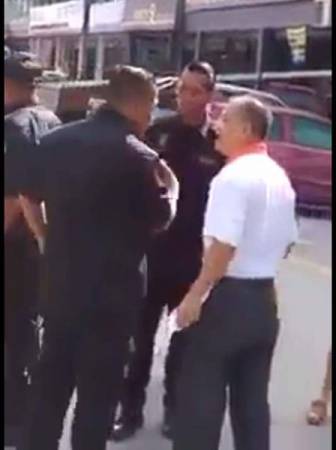 “Every employee of the City Council must possess kind and rational attitudes towards the public. Even when being scolded, employees have to remain quiet and silent, and refrain from showing inadequate behaviour back.”

“We will inspect which department the supposed officers are from through the video, and verify if the incident is true. We urge the man in the video to come forward to lodge a report, and aid us in clarifying the whole incident,” she said.

Check out the whole incident below:

No matter how much we despise summons, fighting is not the way to resolve the problem!

Also read: M’sians Can Settle Outstanding Summonses For Only RM10 From February to April 2018 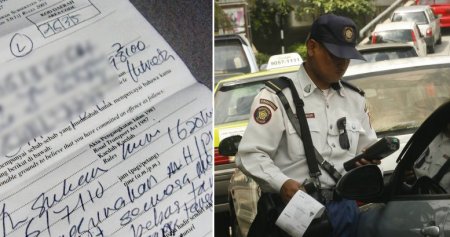