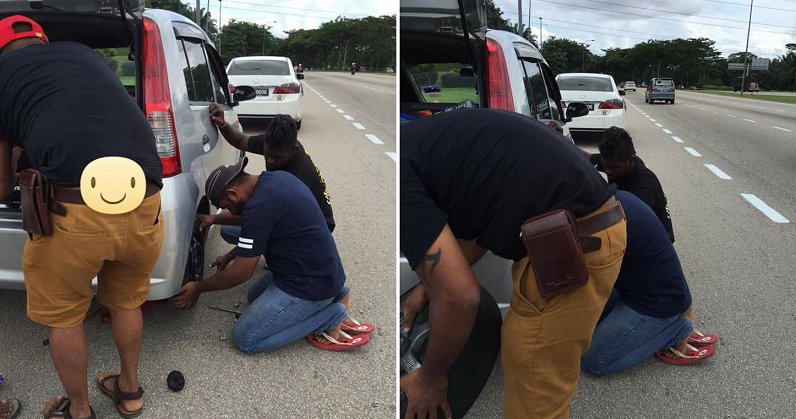 We’ve heard a lot of type of road scams that happen in Malaysia, so you can imagine how wary one must be while driving. For this woman, she shares her experience where her cautious state soon disappeared as she realised that she mistook someone’s good deed for malice.

Cik Dyla wrote her post on Facebook, describing that the incident had happened on a highway. While she was driving, a man from the car beside hers had suddenly wound his window down.

“He pointed towards my car’s tyre. I didn’t think much of it because during my drive, it didn’t felt as if there’s anything wrong with the tyre. It didn’t feel flat at all.

“After that, he flagged me down and asked me to stop the car. The man also stopped his car and walked towards me.”

Being cautious, Dyla made sure not to open her car door immediately. Instead, she only rolled down her window slightly.

“The man told me that I had a burst car tyre, and that’s when I exited the car to take a look at it. To my horror, the tyre was indeed busted. Right after that, another 3 men came down from his car. At this moment, only God knows how I must’ve felt. I was so afraid that these men were going to do something bad to me, especially since there are so many type of robbery tactics now.”

However, unlike what she had suspected, the men were genuine and only wanted to help. They asked if she had a spare tyre. 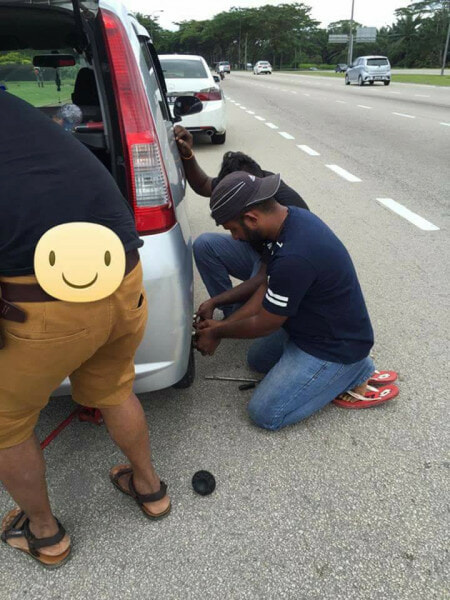 “I admitted that I don’t know. Maybe kot. So one of them asked me to open my car’s boot and then he took the spare tyre out. It didn’t even take long for these kind men to help me change my tyre. After they were done, they just left.” 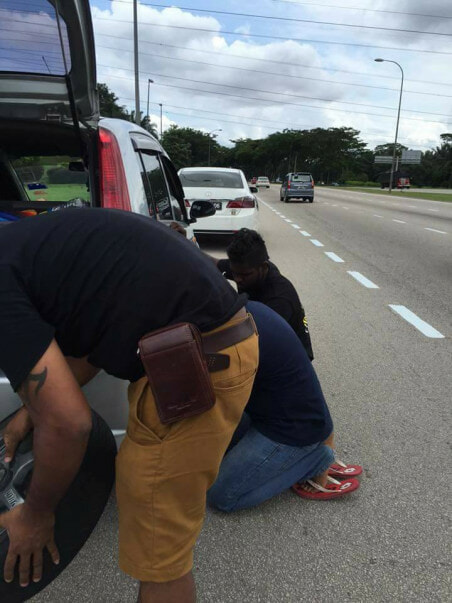 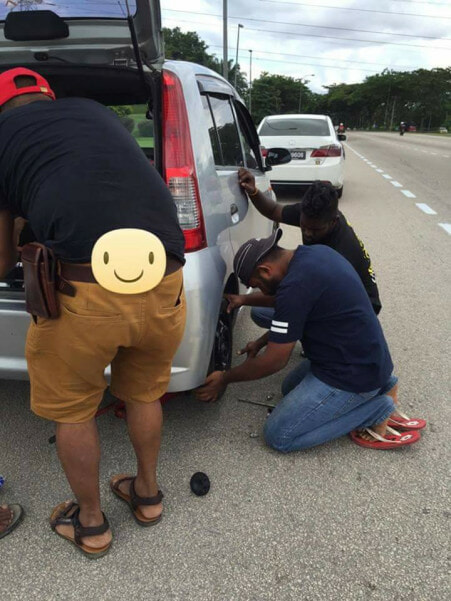 Dyla was so touched by their kind actions, especially since the men were in a rush, but had still stopped to help her out with the situation. She ends her post thanking them once again. Netizens who read her post rang in praises for these men who deserved it.

It’s unfortunately a sad fact to know that our dangerous society makes us automatically assume that people have malicious intent. At least, it’s good to know that there’s still specks of good in this world.

Also read: Malaysian Shares His Encounter with a Makcik and Her Boy that Made Him Nearly Cry 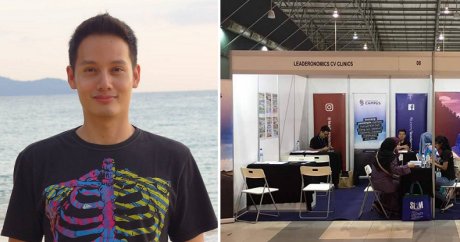