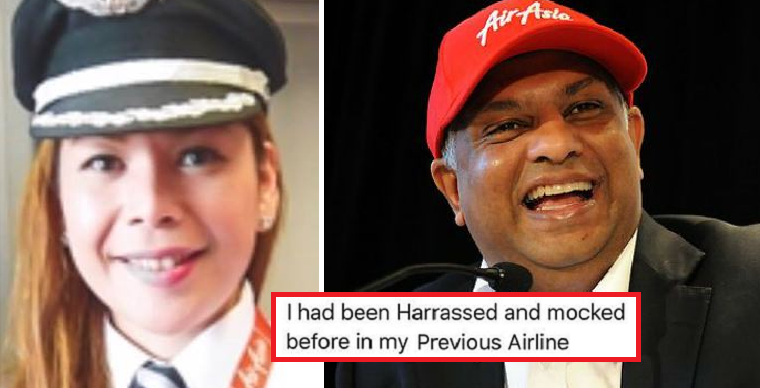 A lady named Giselle recently sent her heartfelt note to Tony Fernandes thanking him for creating an amazing work culture in Air Asia – one that gives equal rights to both men and women.

The image of her email to Sir Tony Fernandes was then shared on his Facebook page.

The lady pilot, who was previously mocked just because she was a female, expressed her gratitude on behalf of the women in Air Asia because she was ‘given a great confidence and trust by the management’.

Her past experiences with other companies had not been the best as she was mocked and harassed for being ‘fair-skinned’ and a female. She mentions that perhaps at that time, male pilots ‘weren’t ready to accept a pilot wearing red lipstick’. 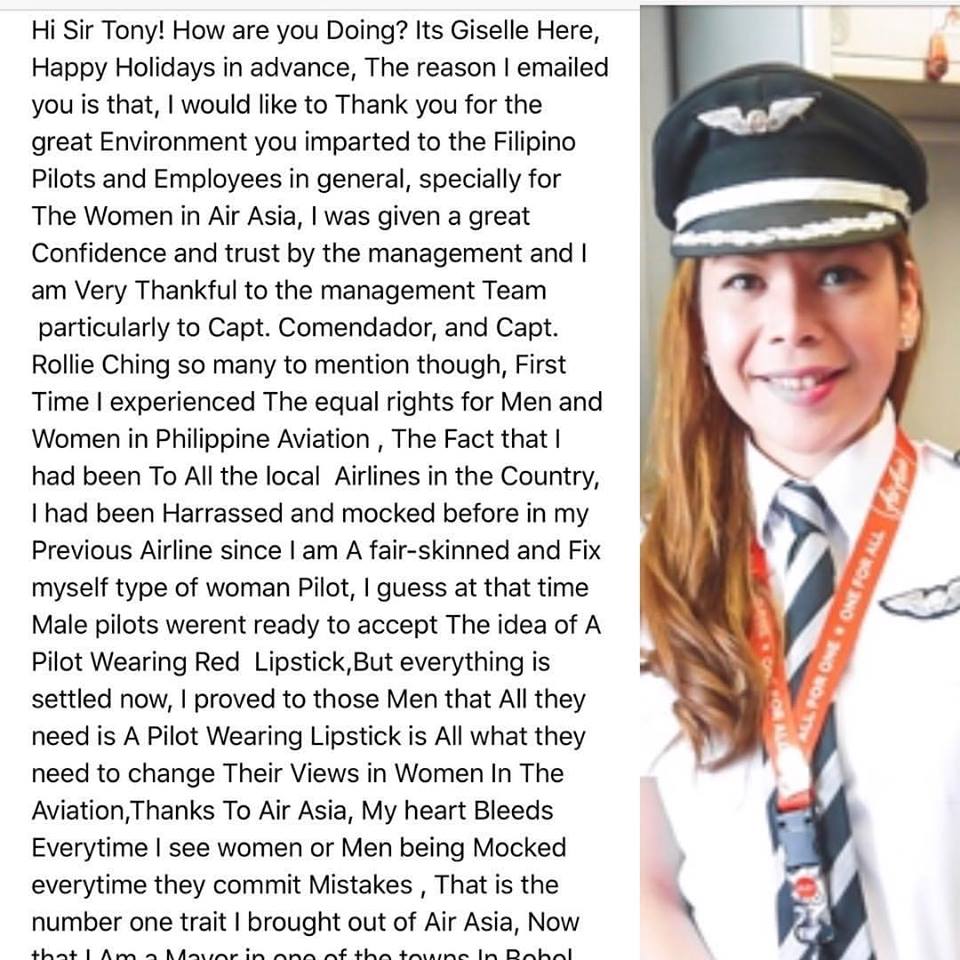 However, while working for Air Asia, she did not feel discriminated for being a woman. What’s most valued isn’t the colour of your skin, gender, nor religion, but competence.

The post caused a chain of positive responses by netizens, with one sharing his own personal experience as well.

“I am currently working alongside a group of very professional B1 & B2 ladies who are mechanics, technicians and engineers… all I can say is that they don’t mind getting their hands dirty, hair smelling of Jet A-1 or going on with their daily lives without manicured nails… proud to work with them and also to have them in my team. No such thing as a gender-based aircraft maintenance engineering job anymore.”

The age of perceiving females as weak princesses should be long gone. Next time someone mocks another for their gender, try this.