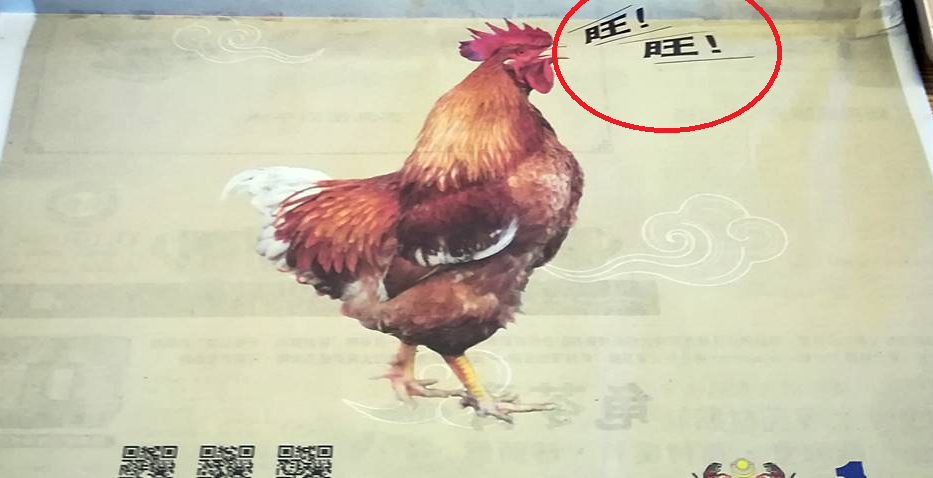 We are all well aware of the controversies surrounding this year’s zodiac animal, the dog; because of this, many mall and decorations makers had decided not to portray the animal. Thus, in the spirit of that, the Domestic Trade, Cooperatives and Consumerism Ministry (KPDNKK) had decided to release an ad to wish all the Chinese a Happy Chinese New Year but they may have just taken it a little too far.

According to Malaysiakini, the ad by KPDNKK featured a rooster that is appeared to be crowing… or rather ‘barking’. Yep – a ‘barking’ rooster! 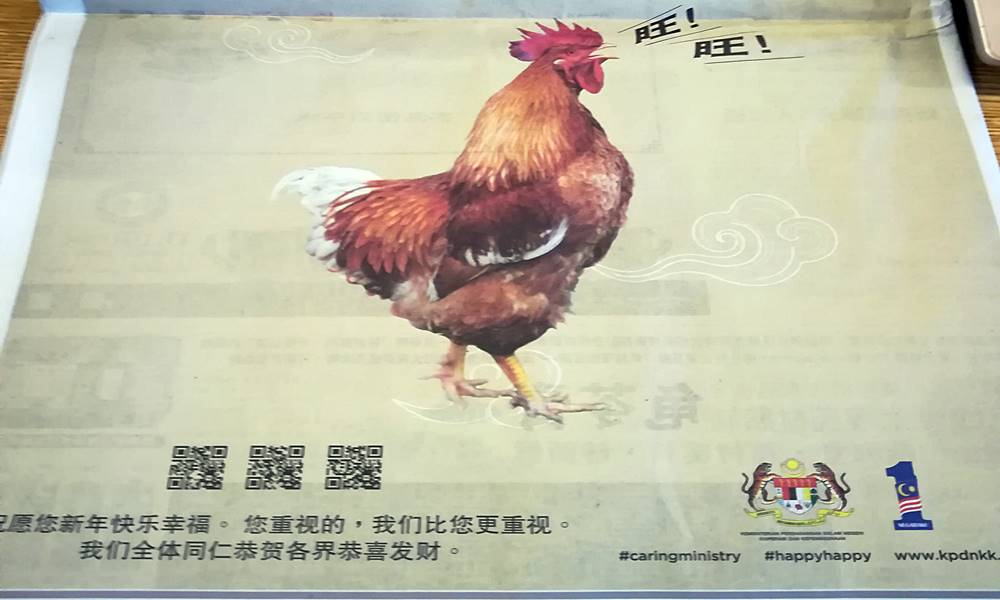 The ad was reportedly published in the Sin Chew Daily, a local newspaper, where the rooster can be seen ‘barking’ the word ‘Wang!’.

The homonym for ‘Wang!’ which means prosperity is also actually used to describe the sound a dog makes. So, you can only imagine the confusion when the rooster is portrayed as barking in the ad!

Obviously, this didn’t sit well with the netizens as most of them were very displeased with the matter. For instance, a commenter said that this is act was rather insensitive to people celebrating it.

Along the thread of comments, a commenter said this ad reflects our 3rd world thinking while another said it shows the level of understanding between cultures.

Meanwhile, one commenter joked that maybe Malaysia had finally figured out a way to evolve dogs into roosters. Possible.

KPDNKK later issued an apology on the matter, and blamed the mix up on ‘technical error’.

“This is due to a technical error in the advertisement,” it said, without elaborating further.

Many pointed out that maybe the Ministry had taken it a little too far by portraying a rooster, which was last year’s zodiac animal. This is because the 12 zodiac animals are a significant part of the Chinese culture thus it may be considered as being a little rude. So, what do you guys think of this?

Also read: M’sians Should Respect the Use of Animal Symbols During CNY, Jakim Says 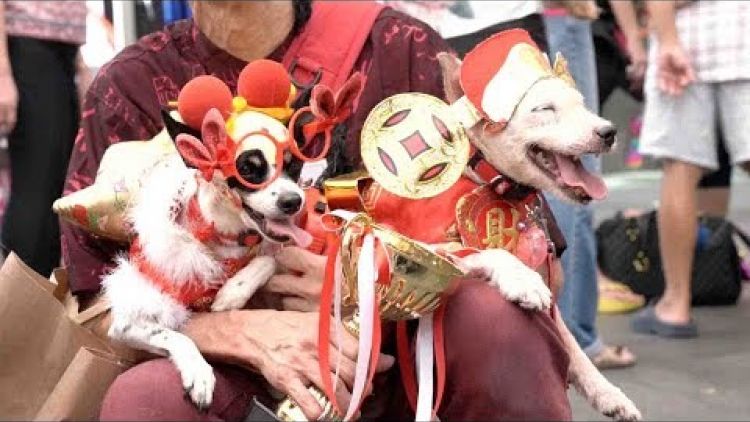