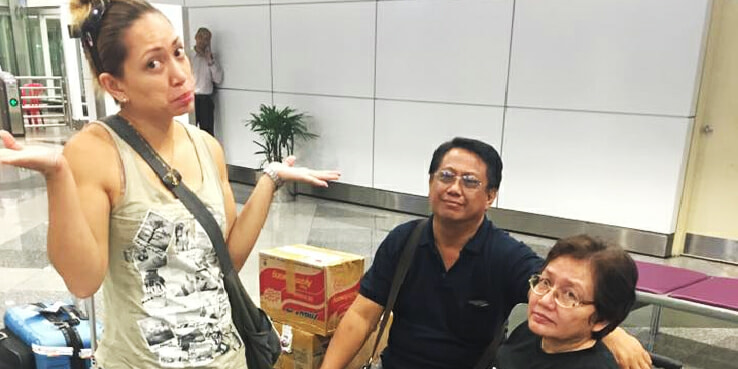 Gillian Benjamin was at the KLIA 1 airport a few days ago but what happened then shocked her.

She was travelling with her dad and wheelchair-bound mother at the time and approached the immigration counter number 33. However the unbelievably rude behaviour of the lady officer caused her jaw to drop.

The lady yelled at her parents, berating them to head towards counter 31 instead.

Gillian made it clear that there was absolutely no reason for the rude officer to shout as they were only standing right infront of her.

“There was no distance between my parents and her counter as the counter was just in front of us!

“It’s not a distance so why should she shout at my parents? I walked pass her and told her to talk nicely and that she shouldn’t yell at my mom that way.”

Gillian states that they clearly followed the label saying “Malaysian Passport” which directs to the lady’s counter so she was bewildered when they lady decided to show her belligerent behaviour.

Qhal, who was likely her husband, went up to the lady officer to tell her not to behave in such a way.

“Talk nicely. There’s no need to shout.” Qhal said. However, the lady only barked back at him.

“I WASN’T TALKING TO YOU. I WAS TALKING TO THEM.” she yells as she points towards her parents.

Qhal replied “I’M MALAYSIAN. AND THE PEOPLE YOU’RE YELLING AT IS OUR PARENTS.”

“HOW WOULD I KNOW? I THOUGHT THEY WERE FROM CHINA. They are dressed in such a way, MANA SAYA TAHU?!” the officer replies.

Both Gillian and Qhal were outraged. They questioned her need to yell at an OKU and senior citizen.

Qhal further confronted the lady, saying “So what if they were Chinese (from China), does that mean you can yell at them? What? Are you racist??”

The lady fell silent and started to mumble to another officer. She then threatens them by asking the officer in counter 31 who was attending to them to take down Qhal’s passport. “Look at this guy. Check where he’s from! Take down his passport number. TAKE HIS PASSPORT NUMBER!”

Qhal who had enough at this point strikes back saying, “I’m from Malaysia lah. MALAYSIA. You want my passport number? Ok. I also want your name and details. Kasi sini!”

The lady could only utter back in dissatisfaction and she mumbled to her colleagues while they went on their way.

Both Gillian and Qhal questioned the lady’s attitude, writing in their posts “You are wearing uniform and is this how you represent your department and your country?” 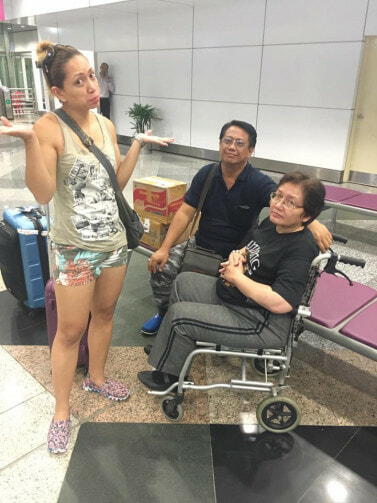 Netizens who heard about their story expressed their outrage for her unprofessional ethic and conduct, while many others urged them to lodge a report against her.

“What a shallow minded… Tsk tsk tsk… Doesnt matter your race or clothes you wear even, we should respect each other as human beings..” another commented.