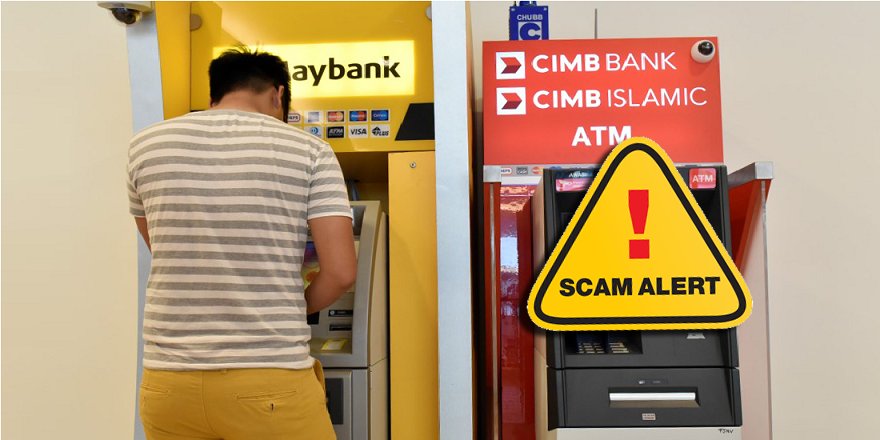 Tang Chook Shien went to the CIMB branch in Bandar Utama to use the cash deposit machine, when he noticed a wallet on the machine.

The 26-year old salesman picked it up to inspect it and found a driver’s licence belonging to a Malay man, he also stated that he did not even peep in the cash slot and tried to look for the owner.

“There was an uncle beside me. I asked him if it was his, but he said no. He mentioned that a Malay boy left it. So I ran out to search for him.”

Tang exited the bank and tried to look for the owner of the wallet based only on the picture from the licence.

“When I went out, there was nobody outside. So I headed to the nearby Cyber Cafe to look for him. I used the driving license and searched each person there but to no avail.”

After some time, he decided to head back to the bank to surrender it to the security guard. 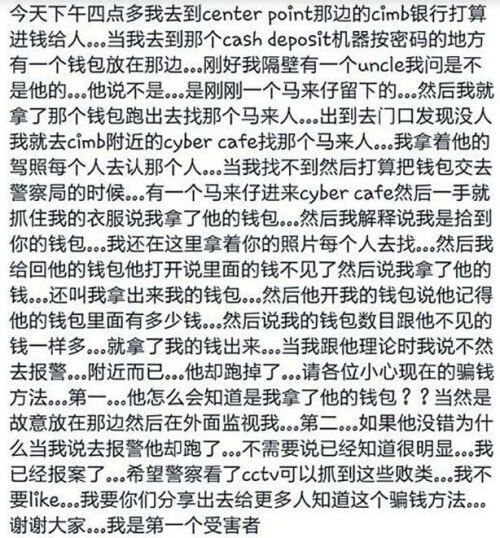 However, upon entering the bank, he was grabbed by a Malay man who claimed to be the owner of the wallet. The Malay man was grabbing Tang by his shirt and accused him of stealing his wallet.

This no doubt shook Tang who tried to explain his side of the story to the man, but alas it failed. Tang handed the wallet he found over to the man, who inspected it. He then cried out saying that Tang stole his money.

“When I save him his wallet, he opened it and said all his money inside was gone. He accused me of taking his money and demanded that I show him my wallet.

“He took a look at my wallet and said the amount inside was the same amount that he lost, and proceeded to take my money.”

Tang was obviously not having any of that and instead asked the man to come with him to the police station where they can properly settle the whole ordeal. 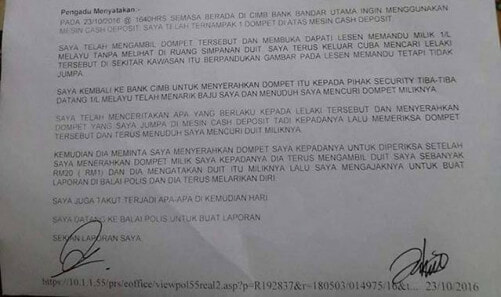 According to Tang the man fled the scene right after. Tang then made his way to the police station to file a report himself. He later took to Facebook to share his plight and warn people to beware of such scams that prey on the kindness of other human beings.

His story went viral not too long after, garnering quite a few comments, mostly sympathetic.

“Why did you let the guy check your wallet, next time don’t be so kind.”

“When I went to the bank, there was someone withdrawing money but he didn’t take the money out of the machine. No one dared to touch it. It’s better than taking the money and going to find the guy because people might think you are the thief.”

Tang also made sure to note that ‘there are only two types of people in this world’, ‘good and bad’ regardless of race.

Whatever it may be, guys we urge you all to remain vigilant around banks. There’s no knowing what kind of scam may come your way, especially these ones that would make anyone lose faith for being kind.