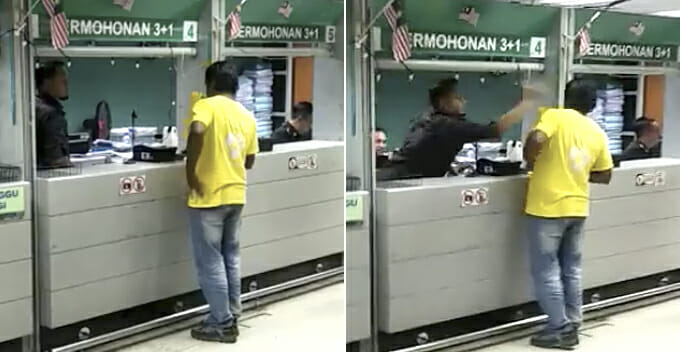 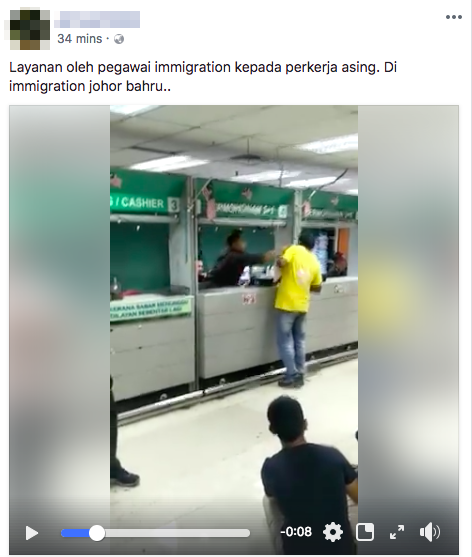 The impatient civil servant then slammed the table while yelling inaudible words in the face of the foreign worker. The latter didn’t retaliate and merely dodged the officer’s action while members of the public watched on. What an embarrassing moment for the guy!

This Facebook post has spread like wildfire on social media with over 3,000 shares in less than an hour. Netizens were enraged and criticised the civil servant for smacking the foreigner’s head.

“This is really terrible. Just because he’s a foreigner doesn’t mean he should be treated and humiliated like this. Please make this viral until the director of Immigration Department sees this,” a netizen said.

“It doesn’t matter if he’s a tourist or foreign worker, you don’t have the right to hit him like that. This is an insult to our new government and to fellow Malaysians,” another Facebook user said.

At the time of writing, the Immigration Department has yet to issue a statement on this outrageous incident. Guess we’ll just have to wait and see what action will be taken on him.

Also, can someone send this video to our beloved Johor Sultan? Bet he’s not gonna be happy when he sees this! 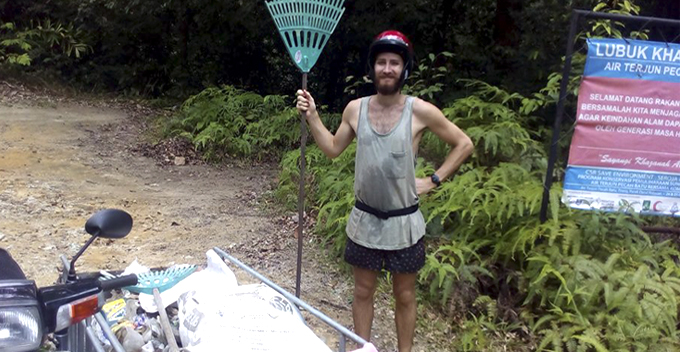