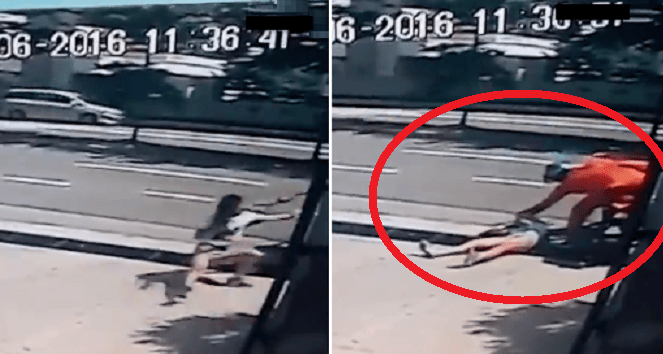 Humanity at its worst.

I will never forget that day I came home from school to find my grandmother there waiting for me. My mother had been a victim of a snatch and was in the hospital with a dislocated jaw. I ran upstairs and found my baby sister, still in her uniform crying in bed.

Now more than ever Malaysia has become rampant with snatch thieves. They come in all shapes and sizes, risking everything, and merciless to the bone.

A CCTV footage taken from a church building in Tun Sambanthan, Brickfields of a recent snatch incident has gone viral and it’ll just leave you absolutely speechless.

The video starts off showing a motorcycle with two passengers driving along the road. The passenger on the motorcycle then reaches out and yanks a lady’s handbag so hard that she slams her head onto the ground. Hard. 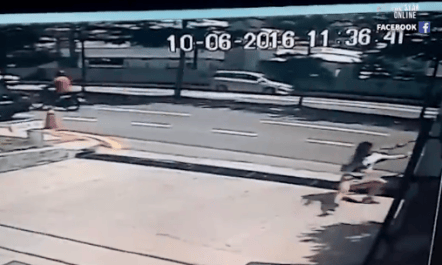 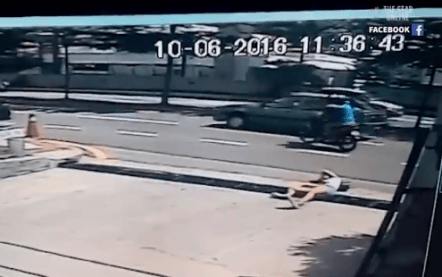 After the snatch thieves sped off,  a second motorbike appeared and stopped beside her.

To all the viewers, it was a relieve that he was there and have witnessed the crime. The rider stops right next to the shaken victim and bends down to her, seemingly to show concern for the misfortune that had just happened.

But instead of helping her, or at least checking to see if she’s okay, he gingerly takes the girls’ mobile phone from her hand! 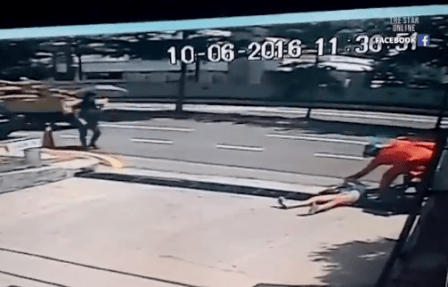 A passerby walking towards to scene, quickly comprehending what has happened chases the orange rider away and reaches out to help the girl. 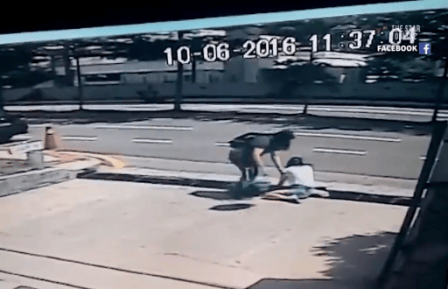 Watch the upsetting video below:

The New Strait Times has reported the victim to be a 20-year old law student who was waiting for a cab when the first two motorcyclist attempted to snatch her hand bag. The passerby had taken her to UM Hospital (University Malaya Medical Centre) and a police report have been made at the Mantin police station, Negeri Sembilan.

The victims surfers from injuries on her head, arms, and legs as well as broken teeth.

The perpetrators are currently being investigated under Penal Code, Section 394 for harm caused during the course of a robbery.

Apart from the physical injuries inflicted, I’m sure the victim will also need time to heal from the emotional and psychological trauma of the incident.

In this case, I’d think it applies to both.