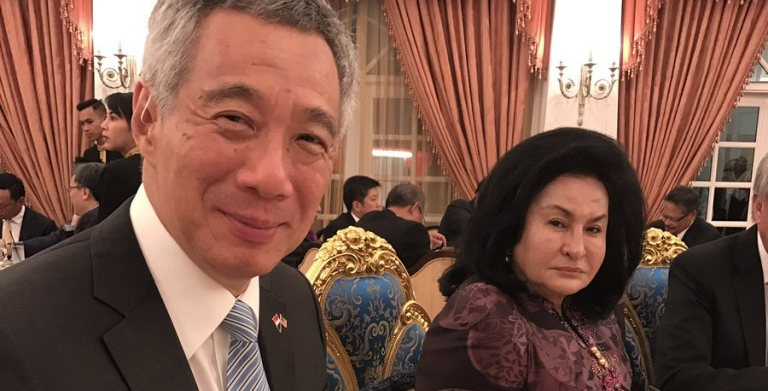 They were joined by several ministers from both countries, where earlier in the day, they had a delegation meeting and the signing of the bilateral agreement on the Kuala Lumpur-Singapore high-speed rail (HSR).

In true Malaysian fashion, the day ended with what was dubbed as ‘durian diplomacy’.

Najib took to Twitter to post an image with the caption, “PM Hsien Loong enjoying our delicious Malaysian durian!” 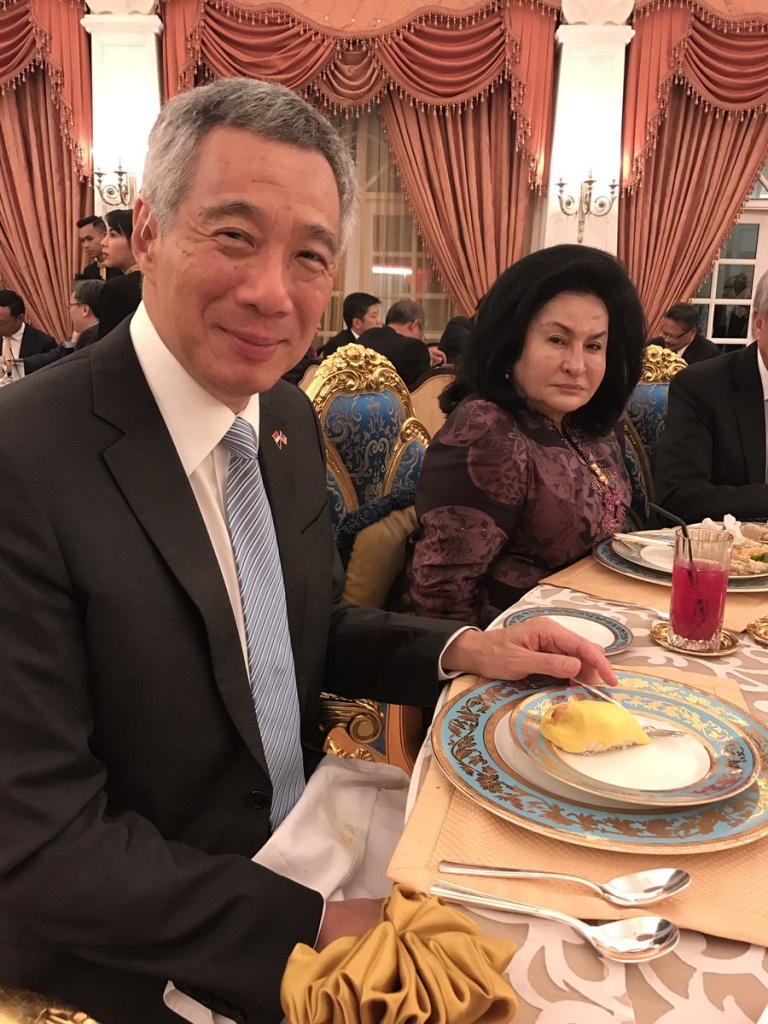 Of course, the image quickly went viral with the photo being reposted onto Facebook as well.

Netizens pointed out that not everyone looked like they’re ‘enjoying the delicious Malaysian durian’.

A Dutch Twitter user said, “The woman next to him doesn’t seem to enjoy it as much as he does.”

“PM Singapore is trying to tell us that the symbol of #Singapore is Lion.” a Malaysian user wrote.

While some joked that maybe the durian isn’t as good as it was expected to be, others zeroed in on PM Lee’s way of eating the durian.

“PM Lee, how come eating with a fork?” a Singaporean FB user questioned.

“Eating durian with a fork? lewls.” another Malaysian netizen wrote.

But don’t worry! Because our very own Prime Minister also eats it with a fork! 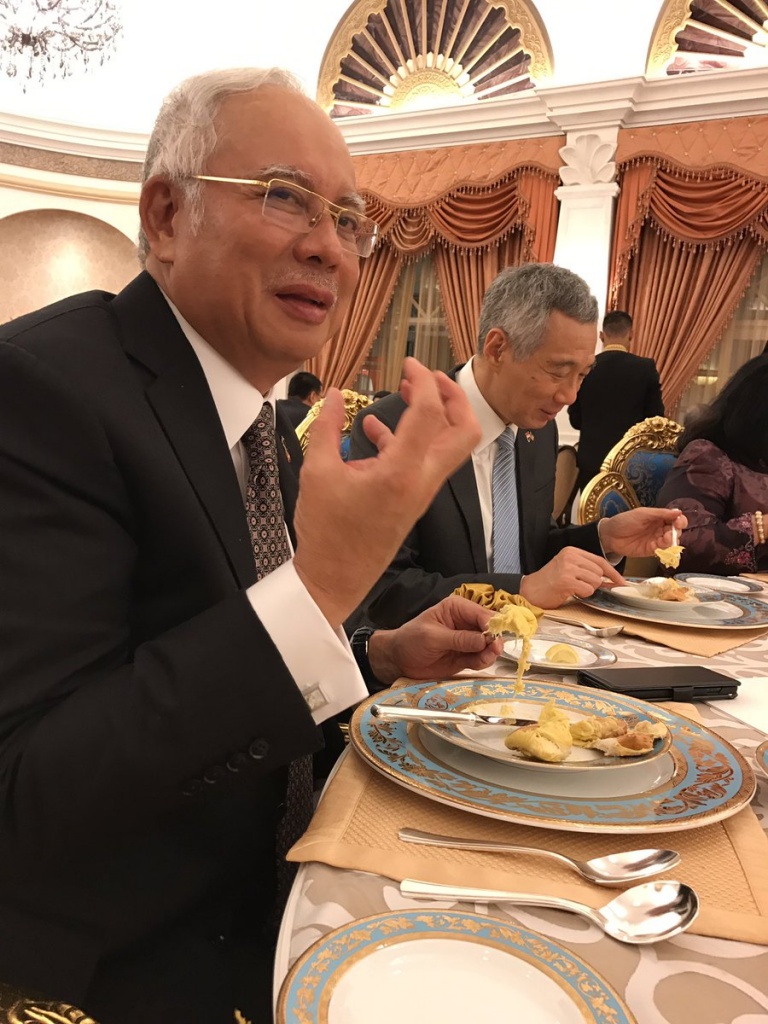 Nothing wrong with that! Fancy what. Although we do understand eating with our hand only enhances the flavour lah right?

Jokes aside, we’re glad that the bond between both neighbouring countries are stronger than ever.

“There will be more exchanges between our people and deeper ties between the two countries,” said PM Lee.

“The HSR will transform the way our people interact, socialise and do business. It will give both countries a greater stake in our mutual success.”

Now, for some durian ourselves.