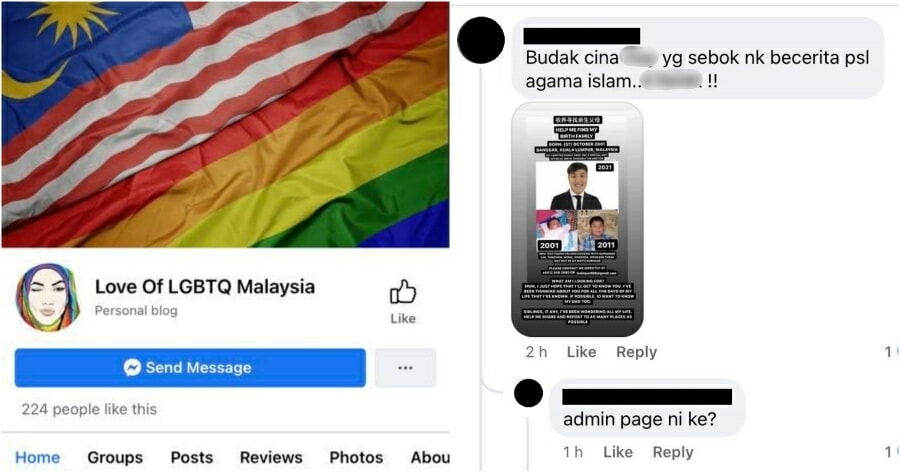 Recently, a young Malaysian man took to his Facebook page to call for social media to reunite him with his birth parents.

But, it seems that his pleas (and his identity) are now being misused by some netizens.

Rain Lee shared with WORLD OF BUZZ that, following his post about his search for his birth parents, some have been falsely accusing him of being the admin of a Facebook page that has allegedly been used to incite hostility between certain communities.

“Some hate page is having its commenters use my adoption picture and link to my profile for false accusation purposes. It’s an LGBTQ page that goes against the principles of the LGBTQ community itself by spreading hate to other communities. And, somehow, I got dragged into it,” he shared.

Rain has since tried to reply to the comments on the page, to explain to netizens that he is not involved in any way, but his information is still being spread and used to accuse him of being the administrator of the page.

Some netizens have even threatened to make police reports against Rain in regards to the hatred being shared on the page, despite his explanations that he is being falsely accused.

He even shared a screenshot showcasing that he does not have the ‘Love of LGBTQ Malaysia’ page under the pages that he manages on Facebook.

“It’s escalating quite badly. People are threatening to make police reports and circulating my profile and my adoption plea. False accusations go a long way in Malaysia and I’m scared this would spiral into some big thing, and I don’t need that,” he explained.

Even postings on Facebook showcase Rain’s profile, accusing him of being responsible for the page.

Rain has since released a statement on his Facebook page, denying his involvement with the page.

“Please understand that I am NOT RELATED to the page where my photo and profile are being circulated and the pages I manage are listed in this post here. I have received some threats from people and I will not tolerate them,”

“I have reported all those comments and messages. Kindly retract your statements, delete your defamatory and false accusation comments before I proceed to take legal action,” he wrote.

He also shared that he has since reported the page as he disapproves of the page’s apparent purpose of creating friction between certain communities.

“There should be mutual respect and what this page is doing is wrong.”

But, what netizens are doing is wrong too.

“Before coming to conclusions, making claims and accusations, thoroughly investigate the situation. Do not barge in and accuse others, and immediately start acting hostile towards others,” Rain told WORLD OF BUZZ.

WORLD OF BUZZ has since reached out to the Facebook page for comment but have yet to hear back from them.

There is no justice in holding someone accountable if someone isn’t actually responsible for the shared content. We should always ensure that the right person is held accountable instead of making false accusations and speculations. 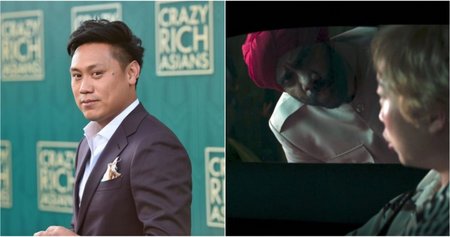