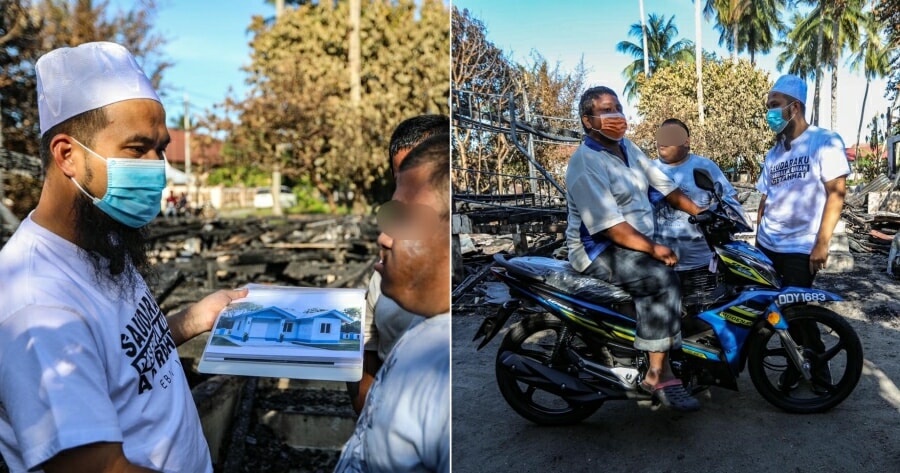 When tragedy strikes, and you feel helpless, it’s good to know that there will be people that will come to the rescue.

And in Malaysia, Ustaz Ebit Lew is one of those people.

He took to his Facebook profile to showcase two brothers whose house had burnt to a crisp in Pengkalan Chepa, Kelantan, as he plans to rebuild the house for them. He even bought them a  three-wheeled motorcycle so that the elder brother, who is looking after his disabled younger brother, can easily find a job. 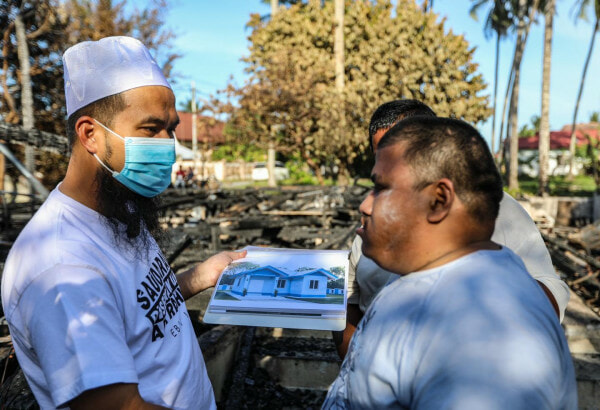 He wrote, “Alhamdulillah. I’m helping the brothers whose house burnt down in Pengkalan Chepa. The two brothers cried as they thanked me repeatedly. I felt saddened and immediately started planning to do a new house for them. Earlier, I brought the house plan and paid the contractor here for the necessary items. InsyaAllah, the house has been paid in full.”

Their motorcycle had also burnt along with the house, hence, Ustaz Ebit decided to get them a new one. 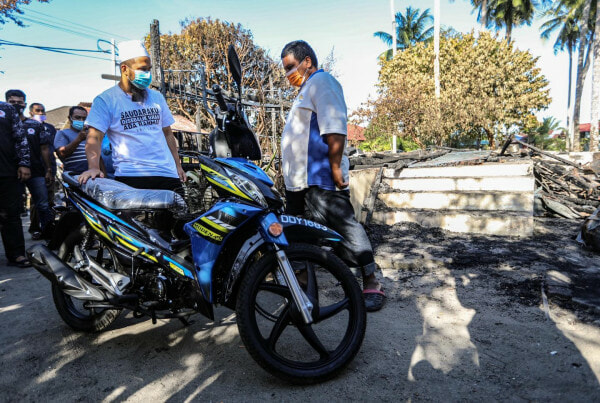 Even through their hardships, the elder brother’s concerns is for his younger brother’s safety. 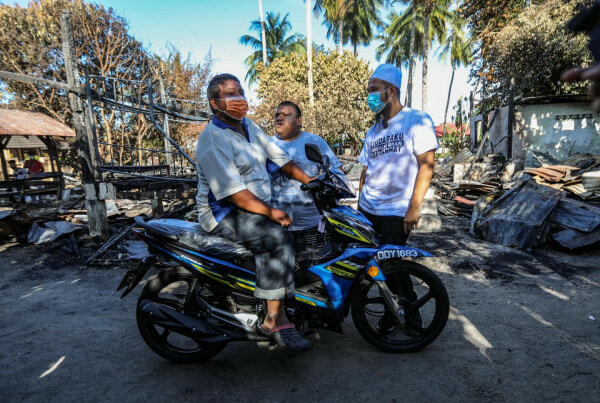 “This brother is great at taking care of his younger brother who has down syndrome and is blind. Earlier, I told him I would rebuild the house, he told me he didn’t want a tall one as he was scared of falls. I told him we’ll build a shorter house,” Ebit added.

He proceeded to thank everyone who greeted him and those who have helped the siblings, including ministers and local NGOs.

But, the biggest thank you should go to him for not only initiating to rebuild the house for the siblings so that they can have a roof above their heads, but also for buying them a motorcycle so that the elder brother can find a job and make an honest living for them.

We genuinely hope that the brothers will find their footing with the help of Ebit Lew and create a better life for themselves.

Also read: Kepong Aunty Sleeps On Flat Corridor After Getting Evicted From Her Rented Room 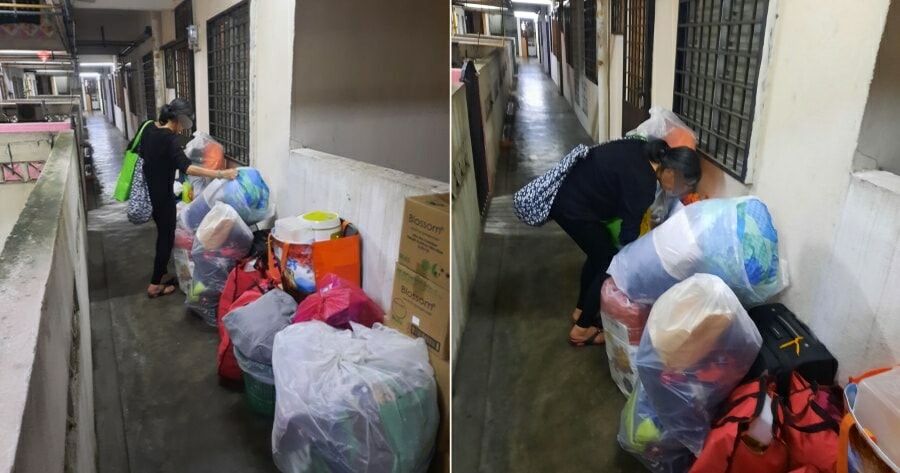