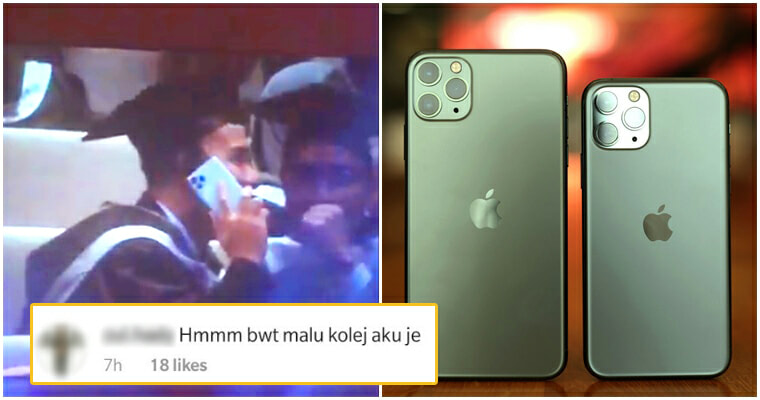 For some reason, owning the very latest iPhone product in Malaysia is always a big deal. iPhone owners will always be labelled as show-offs, which is totally unfair to them given that it’s still a matter of choice.

In a video recorded by Anaz during a convocation ceremony recently on Twitter, his friend, Amsyar Naaif Shahmaruddin, 24, showed off his iPhone 11 Pro when a live camera was directed to him.

The post was captioned, “If you guys want to buy iPhone 11 Pro, try not to act like this. It’s disgracing KUPTM!”, but it was meant as a joke between friends as Anaz never imagined it would go viral.

Unfortunately, people took it at face value and criticised Amsyar, claiming that he used up all of his PTPTN allowance to show off.

“This is our current social media generation. Buying smartphones just for showing off. Not only did you use your PTPTN allowance, afterward you would nag on social media of how broke you are because you can’t find a job.”

“What a disgrace to my college.”

“He hasn’t faced the outside world yet.”

Fortunately for Anaz, the criticism didn’t faze Amsyar one bit. According to an interview he had with My Metro, Amsyar simply laughed at the statements and claimed that none of what he’s accused of is true and that those individuals should be ignored.

“Yes, I am using an iPhone 11 Pro, but I went through a lot of blood, sweat, and tears for it. I used the money I earned from working during my study years up until now.”

“Who wouldn’t be proud? My side income only comes from the Instagram platform. I did a lot of work as a photographer as well,” he said.

A photographer! No wonder if he wanted a phone with good cameras.

The graduate has studied Information Security since 2017 and declared that he used to get jobs from Huawei, Honor, and other such brands.

“Recently, right after graduation and convocation, I was absorbed into an oil and gas company in Kuala Lumpur.”

Now that the air is cleared up, why don’t you check out his work on Instagram because he’s making sure that iPhone 11 Pro is actually worth his money. 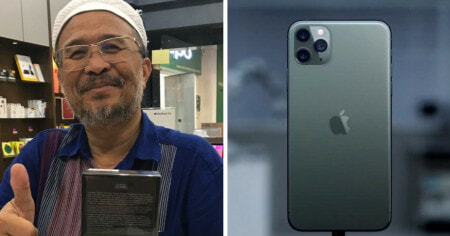